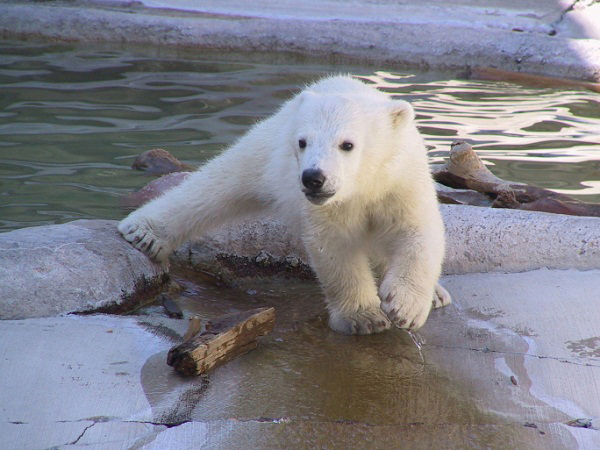 An invasion of cute and cuddly polar bears coming? Not quite.

Here we go again! It's early November, and the Polar Vortex express has already come roaring into the station. Last winter (when we had a legit winter for the first time in years) it got seriously out of control. There were 'polar vortex sales' at stores. The polar vortex was 'coming to Florida.' It was one step away from 'the polar vortex is going to eat your babies this weekend.' So what's the deal? This is thing real, made up, sensationalized? I'll do my best to clear the (arctic) air. 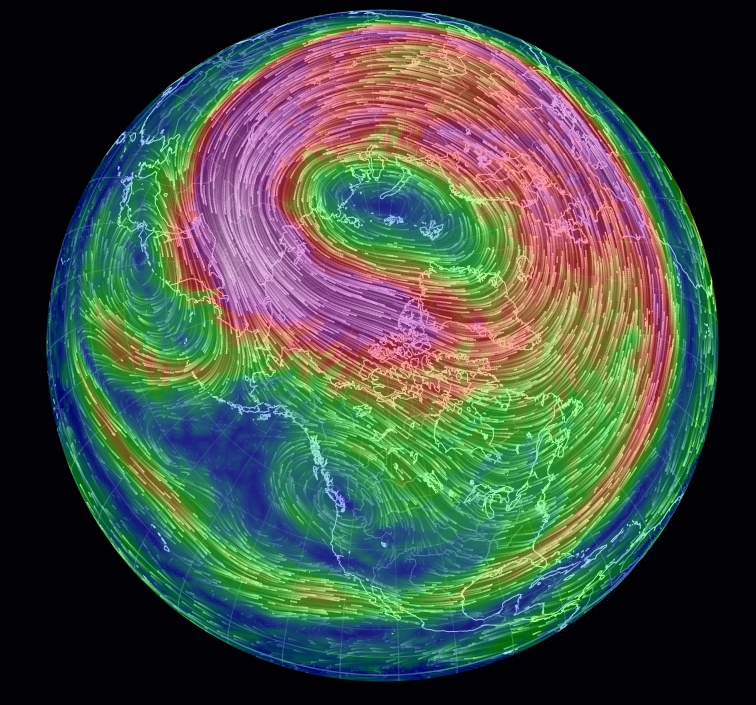 This is where the polar vortex will actually be circulating next week. You can see it is very much intact, and right around the pole. What you don't see is it breaking down and flowing strongly into the Lower 48. Source: Earth Wind Map

For starters, yes the polar vortex is a real thing. It has existed for as long as there's been differential heating on earth (geek speak), and there's a vortex swirling around both the north and south poles. It's a circulation of strong winds that's located tens of thousands of feet up into the atmosphere. In fact, it's main component is in the stratosphere (the vast majority of weather on earth all happens in the troposphere, the lowest layer which is about 40-50,000' deep at our latitude (shallower at the poles, deeper toward the equator). 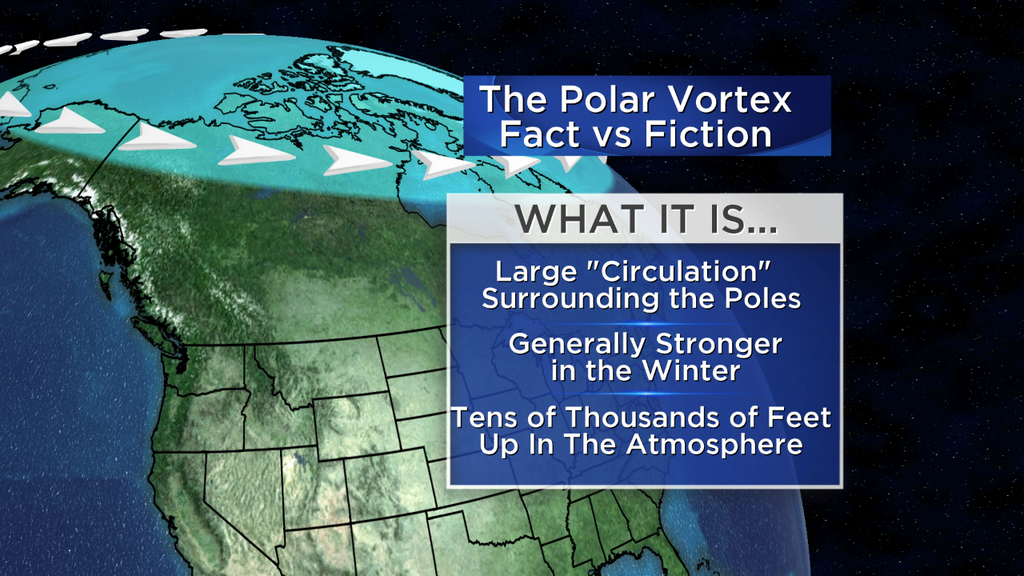 The vortex gets stronger in the winter, although it continues to swirl in the summer. But to say the polar vortex is only in the stratosphere wouldn't be completely accurate. There's a component to it called the 'circumpolar vortex' - which really is a fancy term for the polar jet stream. This is the river of air (again moving tens of thousands of feet up) that generally creates a fence between cold and warm air. It's driven by the thermal gradient between the frigid arctic and the more temperate mid-latitudes. When it lifts northward, temperatures at the surface tend to warm. When it dips south, cold air comes down along with it.

So why don't you hear about the circumpolar vortex?  Probably because it's not sexy enough. Those few extra words are tougher to sneak into a headline, and certainly take up more characters on Twitter. But it's the deep dips (troughs) of this feature that help deliver our frigid cold air outbreaks. Last winter, we saw a whole lot of this in the eastern U.S. This winter is setting up pretty similarly. 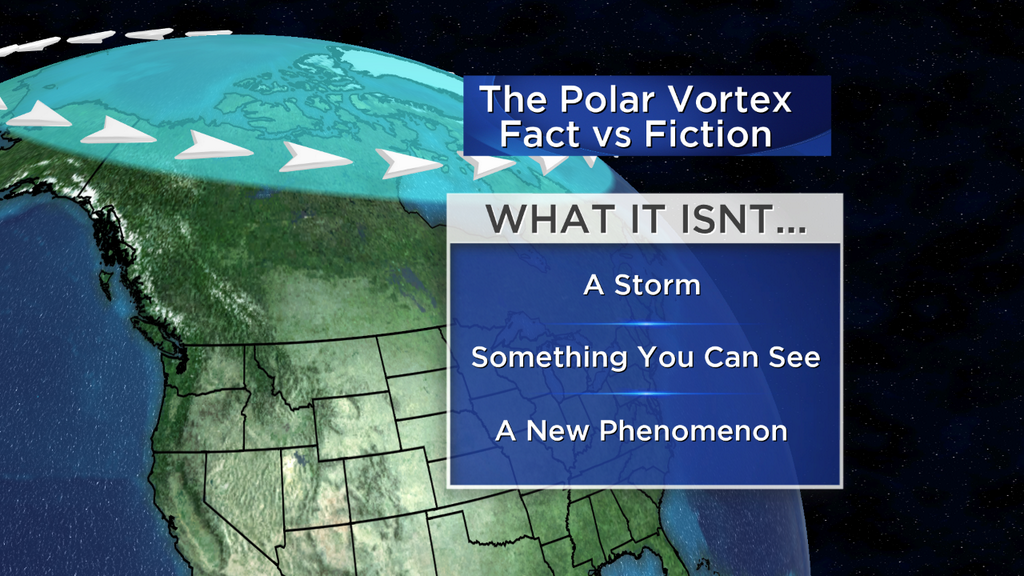 Is this anything new? Absolutely not. The jet stream has been taking big dives or taking the shape of large ridges for as long as we know. For some reason, this 'polar vortex' moniker has been broken out of the wood shed every time it gets cold. But rest assured, the PV is not 'coming to Texas' this week. If the stratospheric PV came all the way down to Texas, we'd be in big trouble. 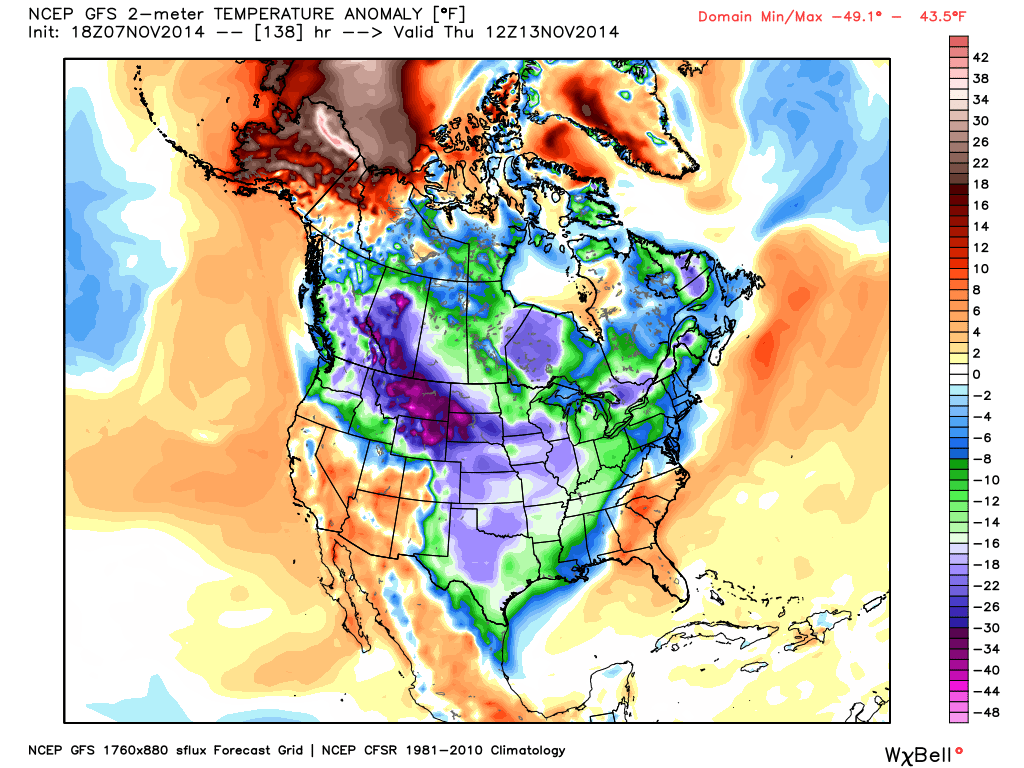 What a dichotomy! GFS is forecasting temps 40ºF below average in Montana/Wyoming, with temperatures 40º above average in northern Alaska! Anomalous patterns end up producing anomalous results. Source: Weatherbell

But it WILL get very cold. This isn't just a ho-hum cold air outbreak. Some records may fall as the cold air blasts south, and the vast majority of the U.S. from the Continental Divide to the Atlantic Ocean will be running 15-30º below average by the mid-to-late part of the week. Parts of Montana and Wyoming may even see temps 40º below average! That's pretty remarkable stuff, and will be a jolt to the system. What's more interesting is that the signals are showing this cold persisting for quite a long time. It is in fact a pattern that's more or less remained in control for the better part of 2 years now. It gave us the coldest U.S. winter in over 20 years last season, and more of the same this summer. Of course not everyone is in on this party - California is on the warm side and is still on pace for its hottest year ever recorded (coming off the heels of its driest). This upcoming pattern will do nothing but reinforce that.

An outstanding link from CIMSS Satellite Blog. Shows tropical disturbance becoming Super-Typhoon Nuri, then Nuri getting swallowed up by the jet stream, and then bombing out into a massive extra-tropical cyclone in the Bering Sea. 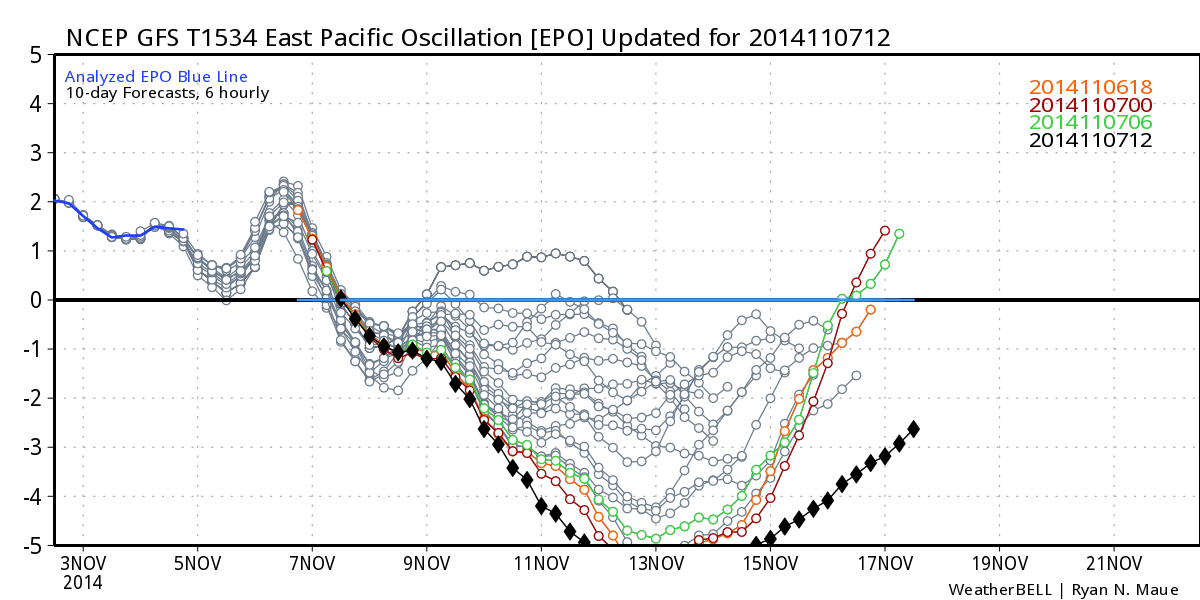 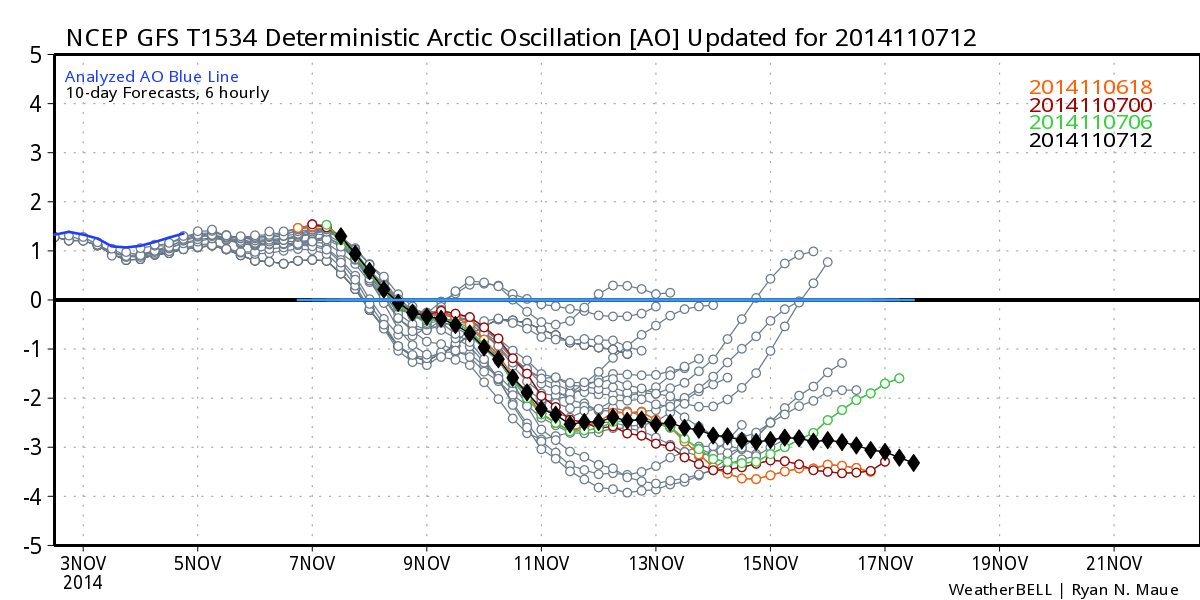 Inquiring minds might be wondering - will this stick around? Well signs are that it do exactly that. As mentioned above, this is pattern that's been very resilient. It keeps reestablishing itself from week to week. And as we look toward some key teleconnections - a groan comes up from the winter haters. What you're seeing is an EPO (Eastern Pacific Oscillation) that goes so low its off the charts. The EPO indicates the flow of air over the eastern Pacific. When it's negative, it suggests ridging along the West Coast up to Alaska. That in turn sends a northwest flow down from the Arctic into the U.S. So when it's this strongly negative, you've got a major sign of a mega-ridge over the west and the floodgates open to the arctic!

The Arctic Oscillation is one that you may be more familiar with, and it is also forecast to tank and stay on the floor for the foreseeable future. The negative phase of the AO indicates warmer than average temperatures over the high latitudes, and colder/stormier weather down into our neck of the woods. So when the signal is this strongly negative with no real signs of it jumping back up, it also points to a very cold eastern U.S. 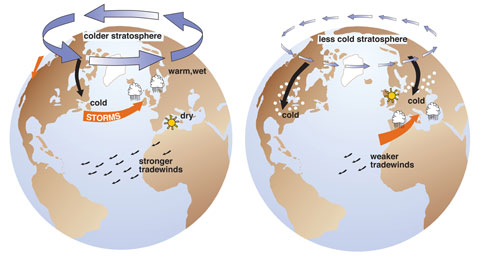 Well That's Nice, But How About Us???

What about New England you say? Well we've got a while to wait before the cold oozes east. The real heart of it will pour down into the Rockies and Plains Sunday through Tuesday. By Wednesday, it will have taken over all of the central U.S. And by Thursday, it reaches the East Coast. We'll actually enjoy a nice warm-up Sunday through Tuesday (and *maybe* into Wednesday) before we have to deal with any of this wintry weather. But it will indeed arrive late next week.

Temperatures may stay in the 30s (at the warmest low 40s) which is more typical of late December. And there have been hints (I think warranted) in the models that some storminess will spin up on the leading edge of all this cold in the east. We'll have to keep an eye out in the Friday-Sunday time frame as a storm may try to develop and ride up the coastline. It will be cold enough for a significant early-season snowstorm, so we shall see if it all comes together. Still a week out so time to watch the rest of the country shovel and shiver first!