PHILADELPHIA (CBS) -- A brazen arson attack in Philadelphia's Tacony neighborhood was caught on camera. Police say someone targeted a home in the neighborhood, throwing several lit objects at the house and setting it on fire.

The victim says his next-door neighbor helped save his life.

Detectives hope surveillance video of the drive-by arsonist will help get them the leads they need to make an arrest.

Security video shows the heart-pounding moments on June 30. In the video, you see a man throw what police describe as an incendiary device at a house along the 4900 block of Wellington Street in Tacony. The man then walks to his car, takes out a second object and appears to light it before throwing it at the same house, which then starts a fire. The man then drove away. 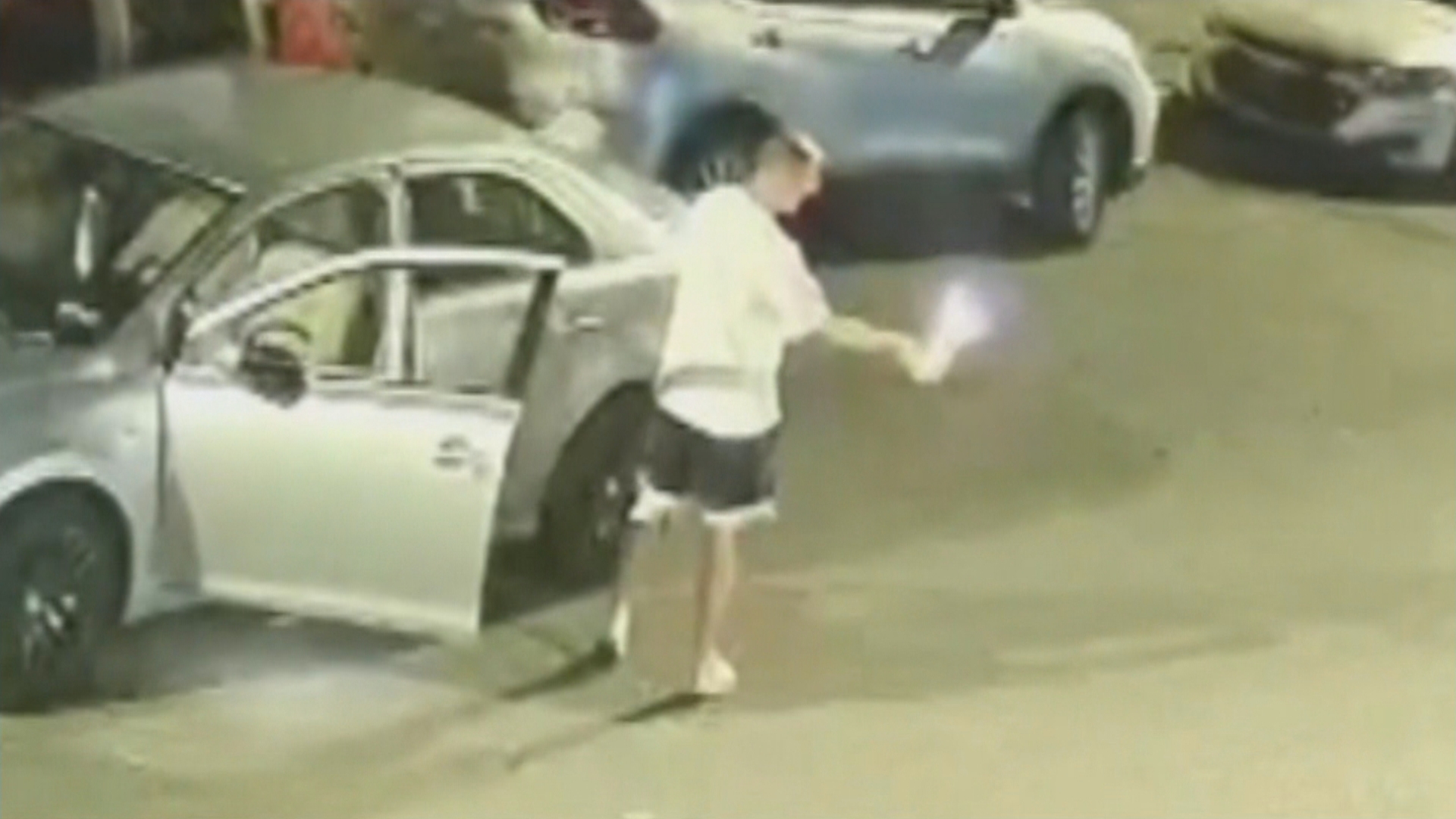 As the flames spread outside, Hodge was asleep inside the home, and with his air conditioner running, he didn't hear a thing.

"I was sleeping when all that went about, wasn't even woke," Hodge said.

Hodge talked exclusively with Eyewitness News. His next-door neighbor saw the bright flames from her window and quickly jumped into action. She grabbed a hose to put out the fire.

"I appreciate her. I thanked her and all that because we're neighbors," Hodge said. "We look out for each other around here."

That neighbor didn't want her face shown, but she says she saw potential evidence.

"It was a water bottle, a plastic water bottle with paper stuck in it with kerosene or gasoline," she said. "You could smell it."

Hodge points to some of the damage left behind from the fire. He's searching for the arsonsit as well.

Hodge says police told him the suspect may be involved in at least two other arsons.