CAMDEN, N.J. (CBS) -- The Camden County Historical Society is making sure the legacy and history made by boxing trailblazer Arnold Cream, best known as "Jersey Joe Walcott," will never be forgotten. The group, along with the county's Board of Commissioners, unveiled an 8-foot tall bronze statue of the Camden County native Saturday. 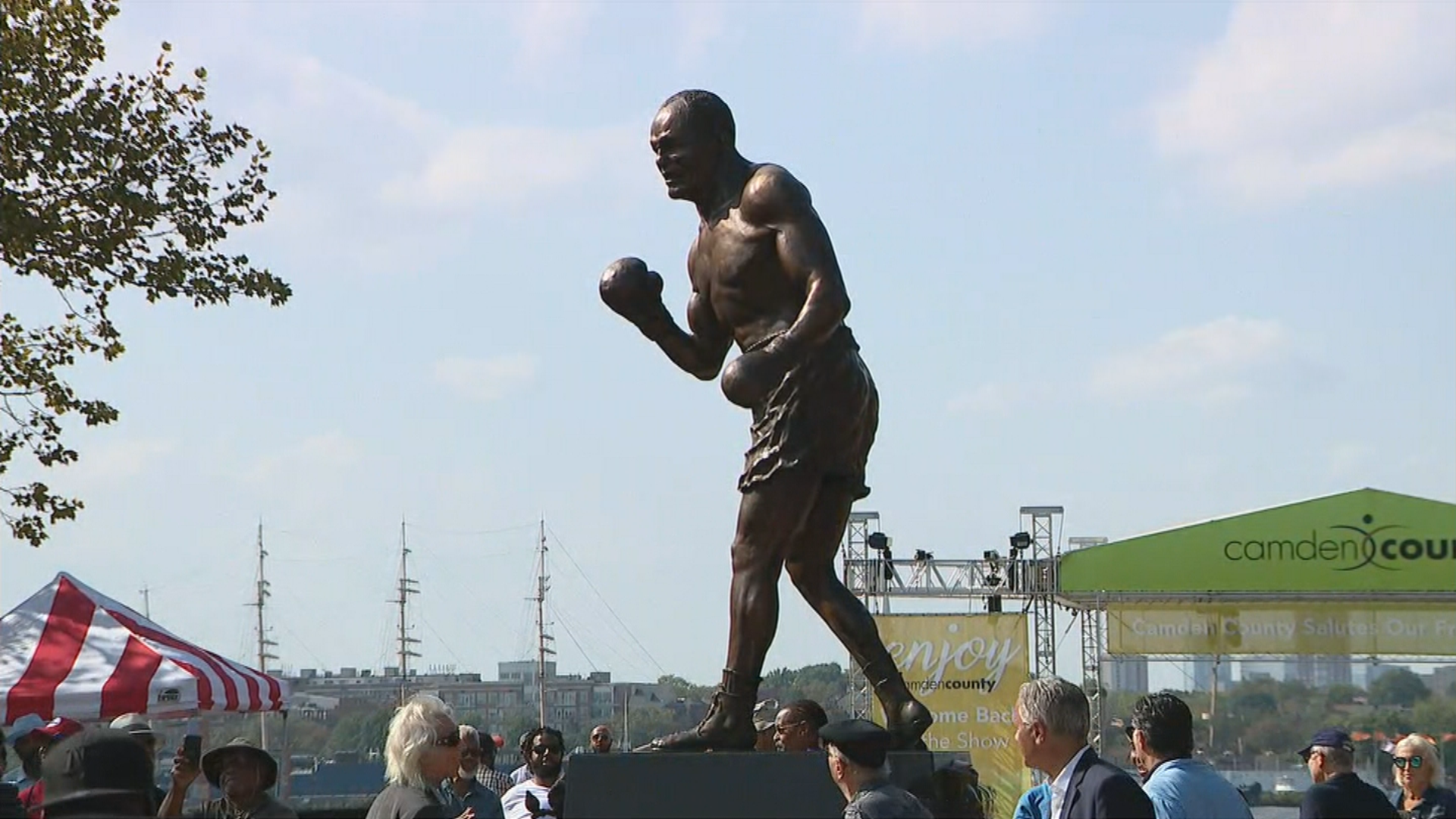 The statue sits along the Camden Waterfront at the Wiggins Park Promenade. Commissioner Director Louis Cappelli, Jr. said Cream broke many barriers throughout his life and described him as "a real-life Rocky."

"Mr. Cream was so much more than a boxer and sheriff, he was a man who loved his family and worked hard creating an everlasting picture of greatness for our community that will now live forever at the waterfront," he said.

Cream was born in Pennsauken and grew up in Merchantville. He went on to compete in professional boxing from 1930 to 1953, winning the world heavyweight title from 1951 to 1952. After retirement, Cream went on to be the first African-American to become the sheriff of Camden County, leading from 1971 to 1974. He was also the chairman of the New Jersey State Athletic Commission until 1984.

"He set the standard for those who followed in his footsteps, including myself. His athletic accomplishments are well documented, his honorable career as Sheriff was momentous and above all his impact on Camden and the greater community was profound," he said.