PHILADELPHIA (CBS) -- Police have arrested the father of a 3-year-old boy who was shot in the head in North Philadelphia Saturday.

Sirhaven Williams, 36, was arrested on Sunday for endangering the welfare of a child and other related charges. 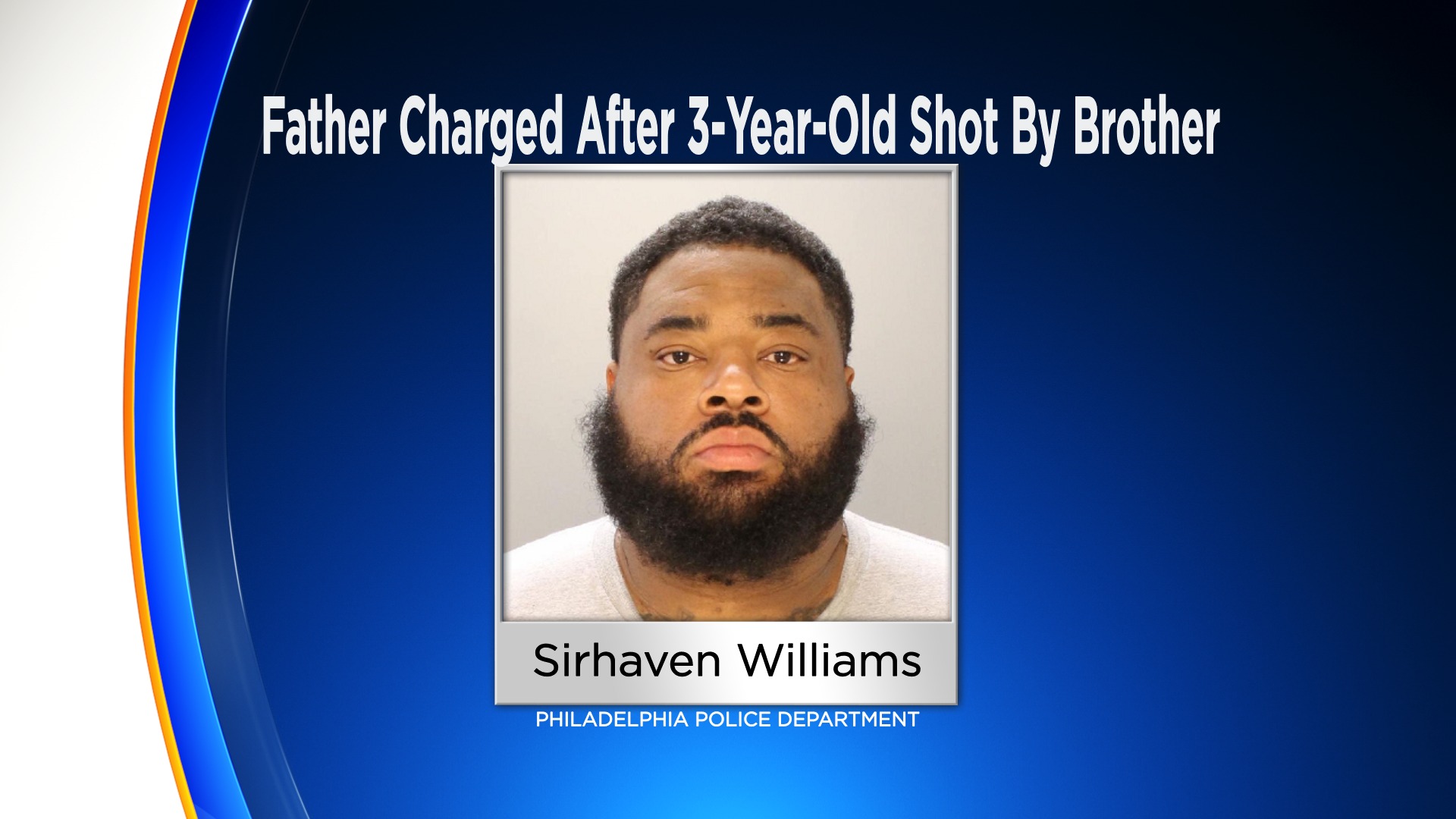 Officials believe the 3-year-old was shot by his six-year-old brother inside of their home on North 18th Street.

Authorities were called to the home around 3 p.m. where they arrived to find the child shot and rushed him to the hospital

It's not clear where the parents were or how the children got access to a handgun in the home, but authorities do know the gun went off in a second floor bedroom.

People in this community say they aren't just praying for the three-year-old, but his six-year-old brother too.

This shooting has saddened and frustrated those in the Tioga section of the city.

"They shouldn't have had access, no way," said neighbor Helen Williams. "If they couldn't secure it in the home, then when we left they should have took it with him. No it's unbelievable and it's unacceptable."

Officials are still trying to understand how the children got access to the handgun and why they were home alone.