ELWOOD, N.Y. (CBSNewYork) - Some parents on Long Island are furious after one school canceled the annual kindergarten variety show to instead "focus on academics."

As WCBS 880 Long Island Bureau Chief Mike Xirinachs reported, some parents believe the year-end kindergarten show at the Harley Avenue Elementary School was canceled by the district as part of a Common Core curriculum protest.

"I think it's terrible. They're kindergarten children, they're children," one parent said.

"It's public speaking, it's singing, it's feeling confident about yourself. I'm sad," another parent added.

In a letter, district officials said they're instead going to use the time to educate the children.

Another parent accused the district of turning kids into unimaginative robots.

"I don't think college. That's hard to grasp when you're talking about kindergarteners, but they have to get them ready for first grade," Elwood parent Larisa Daly said.

Not all parents were placing the blame on teachers.

"They're doing the best they can. They're being told all the time these ridiculous demands for 5-year-olds," Heather Ross said.

Friday's letter from the district read in part: "The reason for eliminating the Kindergarten show is simple. We are responsible for preparing children for college and career with valuable lifelong skills and know that we can best do that by having them become strong readers, writers, coworkers and problem solvers."

An online petition has been launched to try to force reinstatement of the show.

"Something that's been going on for years. I have two older children who were in the show and it was great," Ninette Solis, the mother who launched the petition, told 1010 WINS' Mona Rivera.

The superintendent of schools, Peter Scordo, released a statement on Monday defending the cancellation of the two-day show.

"Our educators believe that the traditional kindergarten performance requires multiple days away from classroom work for preparation and execution, and together with the lost instructional time this year due to poor weather, is not the best use of the limited time we have with our youngest learners."

April 10 and April 25 letters to parents (Click to enlarge): 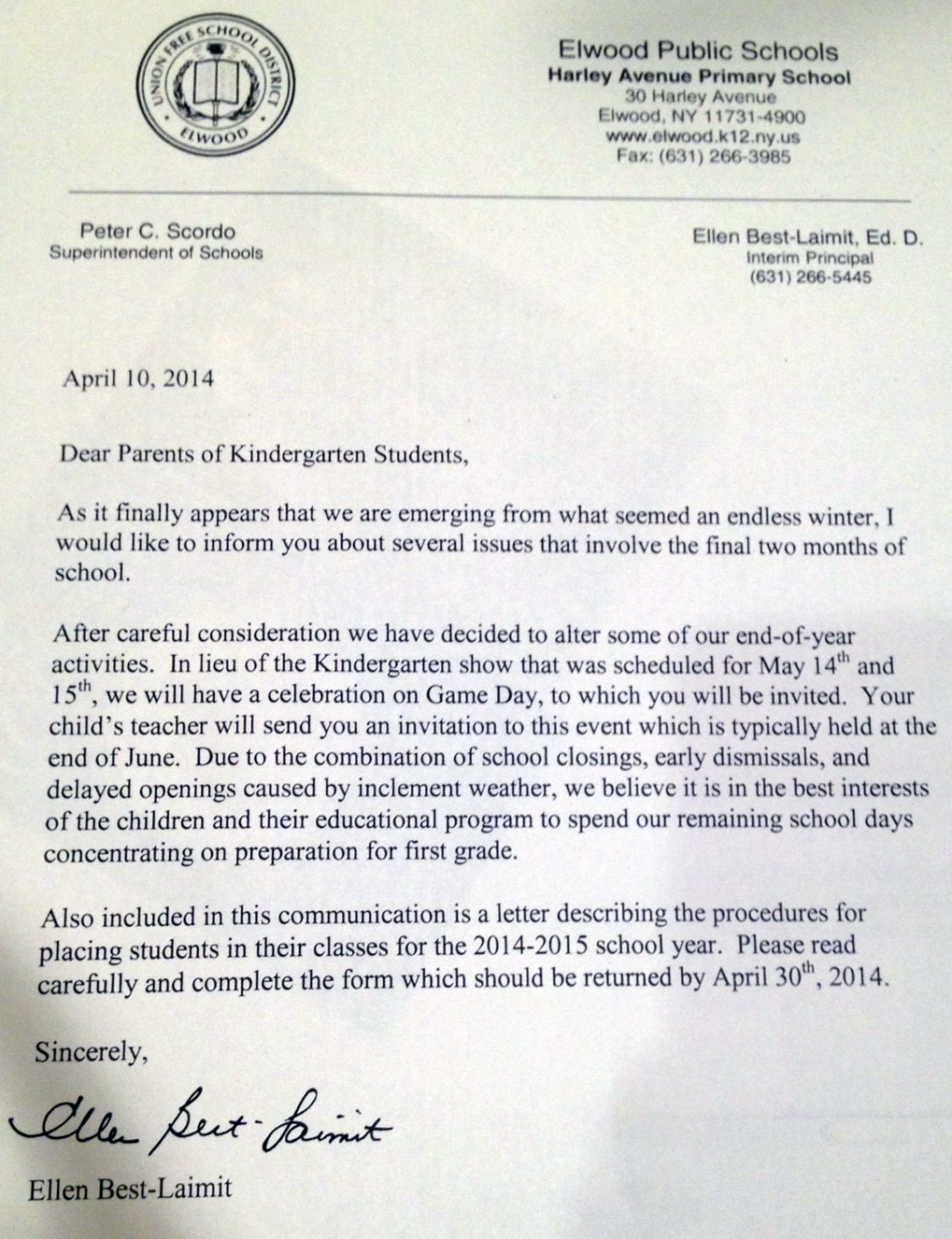 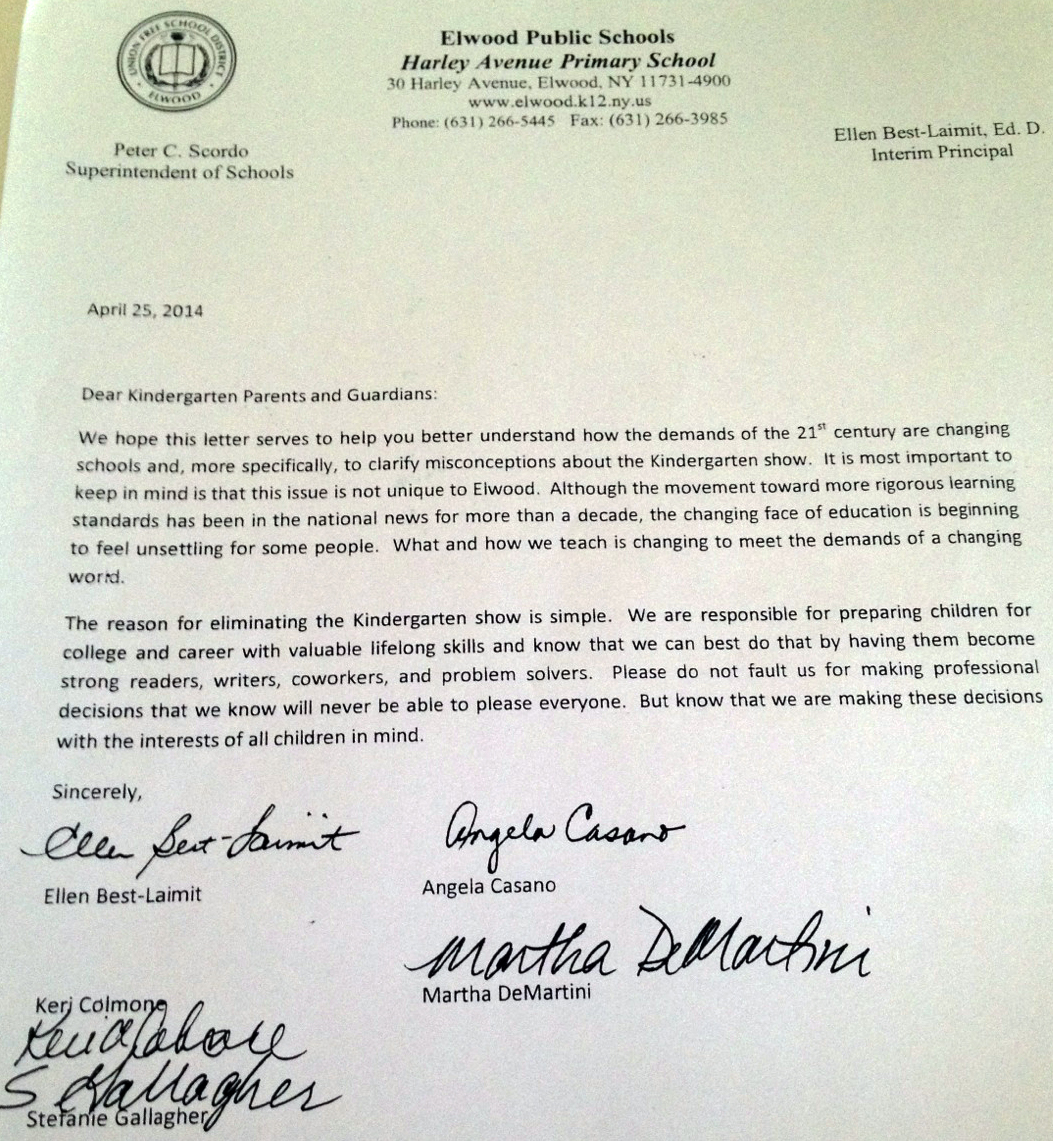 Elwood is one of five districts on Long Island without full day kindergarten, so learning must be squeezed into two and a half hours.

Parents said that if the district was really interested in college readiness they would find a way to fund full day kindergarten and the show would go on.

Despite a petition that carried more than 2,400 signatures the school board has said that the school's decision will stand, CBS 2's Jessica Schneider reported.

Parents have vowed to continue to fight.