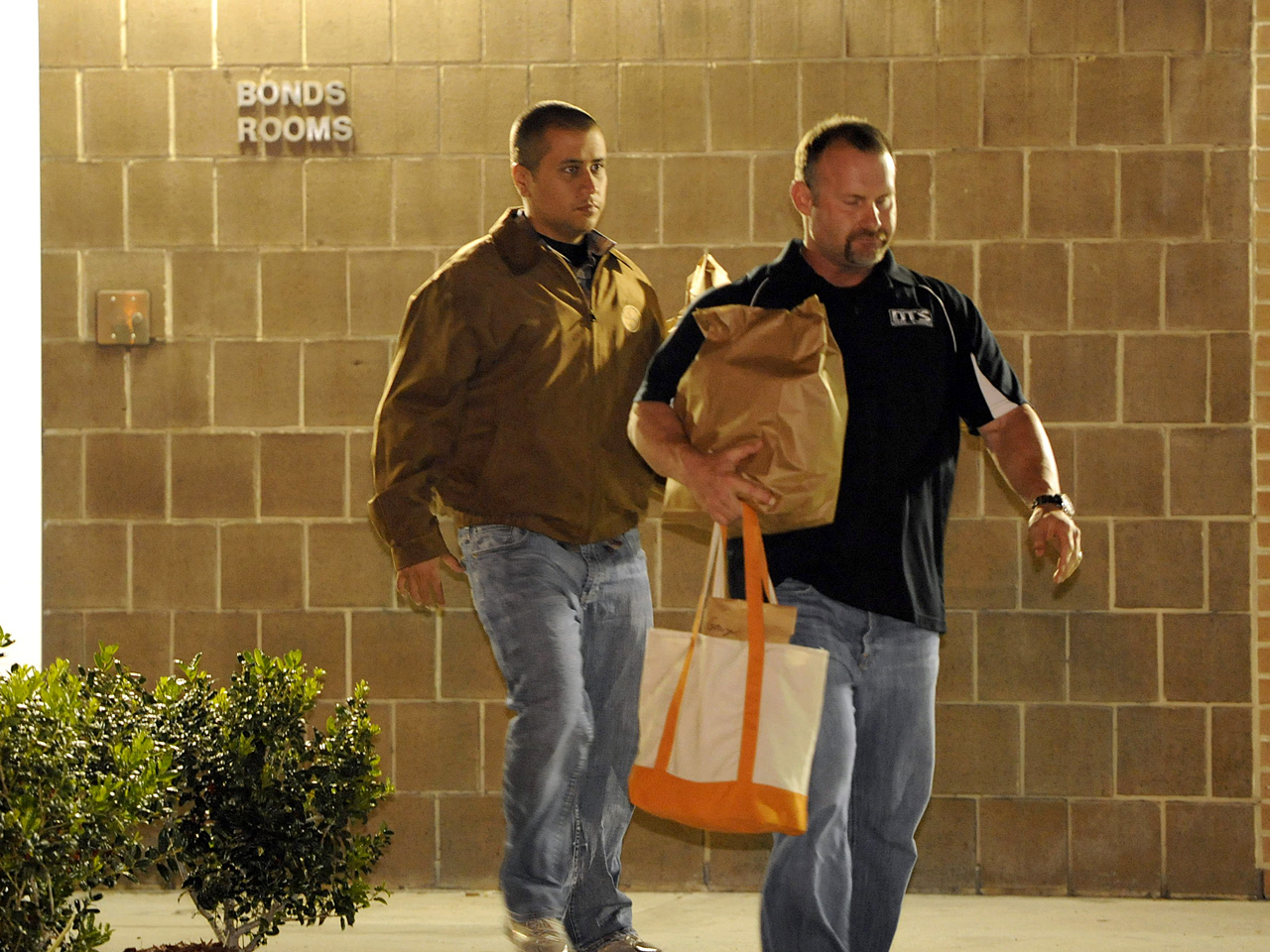 Officials in Florida say Zimmerman, the neighborhood watch volunteer who shot Trayvon Martin to death and is accused of second-degree murder, will be carefully tracked wherever he goes. And that will almost certainly be somewhere outside Florida.

Zimmerman left jail right around midnight Monday morning, wearing what looked like a bulletproof vest under his jacket, and presumably headed for the safest and most secret place his attorney could find.

For 12 days, Zimmerman woke up in the Seminole County Jail in Sanford. He was released after posting a $150,000 bond and being fitted with a GPS monitoring device.

To make bail, Zimmerman had to put up 10 percent, or $15,000, of the bond money. His father said that might only be raised through a second mortgage.

Under the terms of his bail, Zimmerman must surrender his passport, observe a strict 7-p.m.-to-6-a.m. curfew and cannot use a firearm.

Zimmerman's GPS tracking device will follow him in real time anywhere in the U.S. He also has to check in with authorities every three days.

But in leaving jail, Zimmerman also gives up the protection of the armed state agents who guarded him when he arrived. Now, he will be responsible for his own security.

"We have a lot of concerns over security," said Zimmerman attorney Mark O'Mara, "and it's wrapped around the family, as well."

On Friday, Zimmerman surprised a packed courtroom, including Martin's parents, when he apologized, saying from the witness stand, "I wanted to say I am sorry for the loss of your son. I did not know how old he was. I thought he was a little bit younger than I am, and I did not know if he was armed or not."

"It was very hard for them (Trayvon's parents) being in that courtroom, for him to have done what he did," said Martin family attorney Benjamin Crump.

He called the apology poorly timed and insincere.

It was, Crump said, "somewhat of a surprise, because we had told them this was not the appropriate time. But they just disregarded that and he went and pandered to the court and the media and gave a very insincere apology."

Appearing Monday on "CBS This Morning." O'Mara said miscommunication led to Zimmerman speaking to the Martin family in court, and that he did not realize the family would think it inappropriate.

"Had I known or been told that that wasn't the time, it wouldn't have happened," O'Mara said. "So, I apologize for that."

To see Mark Strassmann's full report, click on the video in the player above.