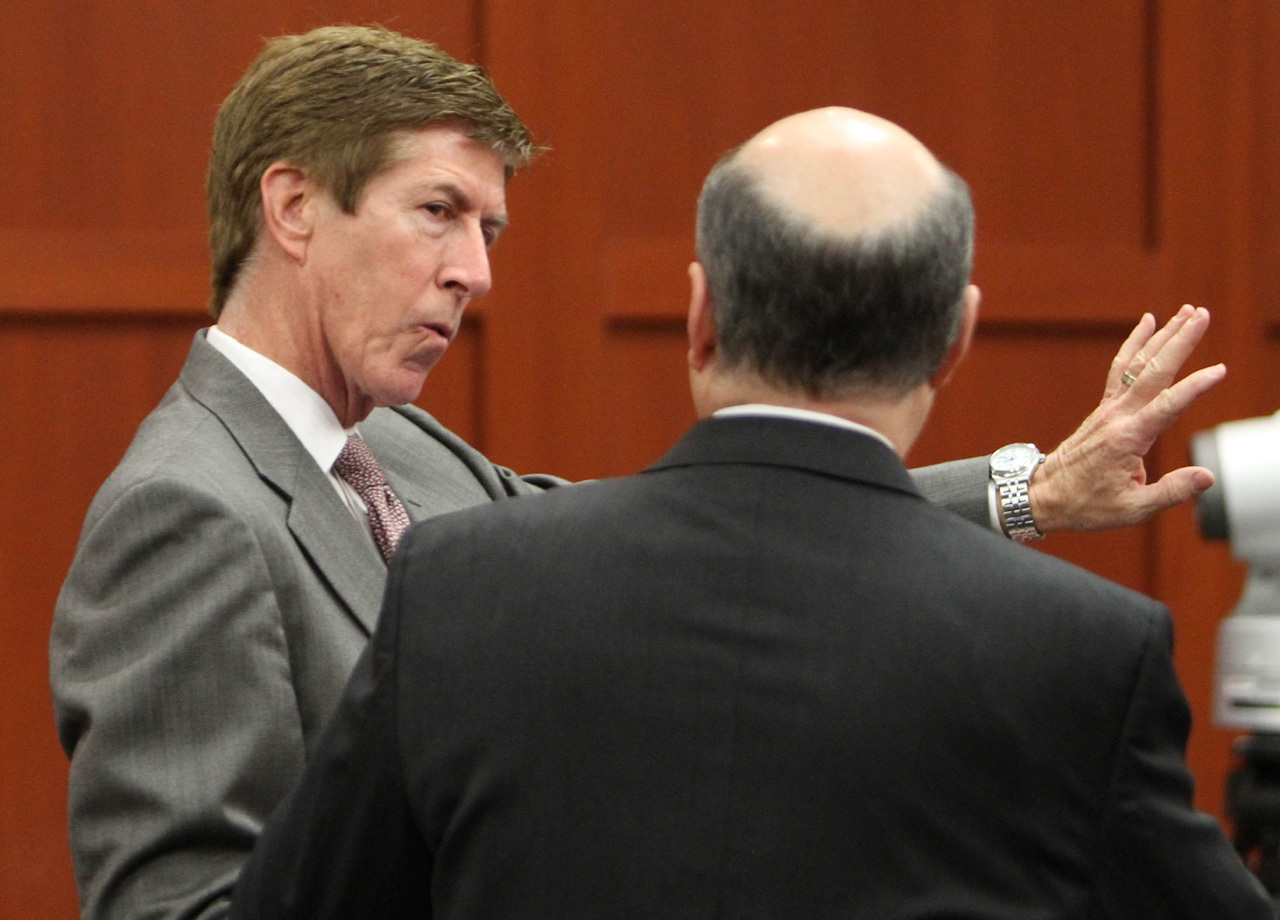 (AP) SANFORD, Fla. - By questioning a state investigator on the witness stand during a routine bail hearing, George Zimmerman's defense attorney showed some of the weaknesses in prosecutors' claims that the neighborhood watch volunteer committed second-degree murder, legal experts say.

A judge ruled Friday that Zimmerman can be released on $150,000 bail while he awaits trial on murdering 17-year-old Trayvon Martin during a Feb. 26 confrontation in a Sanford, Fla. gated community. Zimmerman apologized to Martin's parents, who were in the courtroom for the bail hearing, in a surprise appearance on the witness stand. Zimmerman is pleading not guilty and claims self-defense.

"I am sorry for the loss of your son," said Zimmerman, marking the first time he has spoken in public about the confrontation with the unarmed black teen. "I did not know how old he was. I thought he was a little bit younger than I am. I did not know if he was armed or not."

The apology came after Zimmerman's defense attorney, Mark O'Mara, questioned an investigator for the special prosecutor - sentence by sentence - about a probable cause affidavit the investigator signed outlining certain facts in the case.

Investigator Dale Gilbreath testified that he does not know whether Martin or Zimmerman threw the first punch and that there is no evidence to disprove Zimmerman's contention he was walking back to his vehicle when confronted by Martin. The affidavit says "Zimmerman confronted Martin and a struggle ensued."

But Gilbreath also said Zimmerman's claim that Martin was slamming his head against the sidewalk just before he shot the teenager was "not consistent with the evidence we found." He gave no details.

Legal observers said the questioning of Gilbreath was strategically smart for O'Mara since the investigator's statements can be used at a later date to either contradict other testimony or be used to decide how to question other witnesses.

"I thought it was a really great thing to do," said Tom Mesereau, a Los Angeles attorney whose clients have included singer Michael Jackson and actor Robert Blake. "He used the hearing to get information that can only help his defense. What was supposed to be strictly a hearing for bail, he used it as a discovery device, and was able to nail the investigator into making very, very pointed statements about the investigation and about what evidence they have."

The questioning exposed some of the weaknesses in the state's case, said Kendall Coffey, a former U.S. Attorney in Miami who is now in private practice.

"There are many miles left in this case but I think O'Mara helped the defense by eliciting those responses," Coffey said. "He is going to look for the chance to cross-examine that same investigator and ask him the same questions. If the investigator changes his story, he is going to lose credibility with the jury."

Prosecutor Bernie de la Rionda dismissed any notion that the investigator's testimony chipped away at their case.

"You have not heard all of the evidence," de la Rionda said after the hearing. "Please be patient and wait for the trial."

Bail is not unheard of in second-degree murder cases, and legal experts had predicted it would be granted for Zimmerman because of his ties to the community, because he turned himself in after he was charged last week, and because he has never been convicted of a serious crime.

Prosecutors had asked for $1 million bail, citing two previous scrapes Zimmerman had with the law, neither of which resulted in charges. In 2005, he had to take anger management courses after he was accused of attacking an undercover officer who was trying to arrest Zimmerman's friend. In another incident, a girlfriend accused him of attacking her.

In taking the stand, Zimmerman opened himself up to questions from de la Rionda, who grilled him on whether he made an apology to police on the night of the shooting, and why he waited so long to express remorse to Martin's parents.

Zimmerman said he told police he felt sorry for the parents. He also said he didn't say anything to them sooner because his former attorneys told him not to.

The parents, Tracy Martin and Sybrina Fulton, had no comment as they left the courtroom.. Their attorneys spurned the apology.

As part of the bail hearing, Zimmerman's family testified that he wouldn't flee if released and would be no threat to the community.

"He is absolutely not a violent person," said his wife, Shellie Zimmerman.

Zimmerman's father, Robert Zimmerman, said that even when confronted, his son was likely to "turn the other cheek." The father also described his son's injuries the morning after Martin was shot, saying he had a cut and swollen lip, a protective cover over his nose and gashes on the back of his head.

Zimmerman's mother, Gladys, said her son worked with two black children as part of a mentoring program that required him to venture into a dangerous neighborhood. "He said, 'Mom, if I don't go, they don't have nobody,'" she recalled.