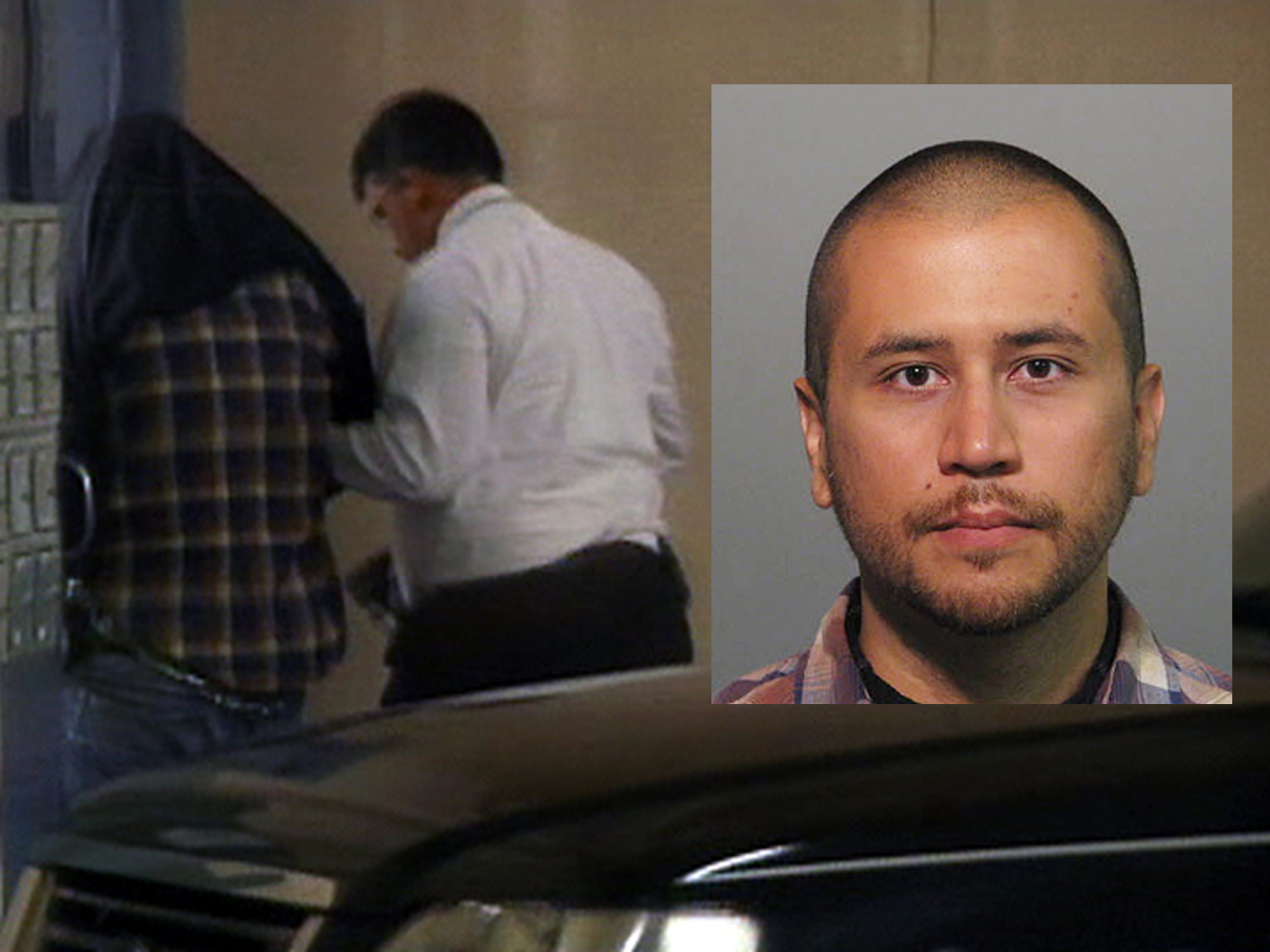 (CBS/AP) JACKSONVILLE, Fla. - The neighborhood watch volunteer who shot 17-year-old Trayvon Martin was arrested and charged with second-degree murder Wednesday after months of mounting tensions and protests across the country.

George Zimmerman, 28, could get up to life in prison if convicted in the slaying of the unarmed black teenager. He is expected to enter a not guilty plea.

Special prosecutor Angela Corey announced the charges but would not discuss how she arrived at them or disclose other details of her investigation, saying: "That's why we try cases in court."

Second-degree murder is typically brought in cases when there is a fight or other confrontation that results in death and but does involve a premeditated plan to kill.

George Zimmerman was brought into the Polk Correctional Facility in Sanford, FL. at 8:24 pm by a three-SUV caravan driven by state police officers armed with assault rifles. He walked inside wearing a plaid shirt with a black rain coat over his head.

He had turned himself in to the state police office in Jacksonville and driven from there to Sanford. State police would not reveal where he has spent the last six weeks in hiding.

Zimmerman was processed at the jail Wednesday night, including fingerprinting and a medical and psychological evaluation. He is being held without bail. The sheriff would not discuss whether Zimmerman will be held in protective custody, but that seems certain, according to analysts.

His first court appearance will be tomorrow in a secure courtroom within the jail facility. It will be televised. Although he is currently being held without bond, his new lawyer, Mark O'Mara said he will be seeking his full release on bond.

O'Mara said: "I'm expecting a lot of work and hopefully justice in the end." On Tuesday, Zimmerman's former lawyers portrayed him as erratic and in precarious mental condition. But O'Mara said Zimmerman was OK: "I'm not concerned about his mental well-being."

Trayvon Martin's parents expressed relief over the special prosecutor's decision to charge Zimmerman. Martin's mother said if she could speak directly to Zimmerman, she would allow him a chance to say he is sorry for what happened.

"I would probably give him an opportunity to apologize," Martin's mother, Sybrina Fulton, told The Associated Press in an interview. "I would probably ask him if there were another way that he could have settled the confrontation that he had with Trayvon, other than the way it ended, with Trayvon being shot."

Her voice trailed off, and tears welled in her eyes. She remained stoic, and expressed faith that the justice system would work as it should.

On the "CBS Evening News," correspondent John Miller explained to anchor Scott Pelley why the rush to the news conference after the case had been under review for weeks. "One is they clearly had to have developed some new evidence in their reinvestigation of this that brought them to the level that they could bring a murder two charge," said Miller, "where that was not at all clear to police on the first night.

"But the second thing is once [Zimmerman's former] lawyers went out yesterday and said, 'We've lost touch with our client' -- if you're the prosecutors or the investigators, you're going to say, 'I want to know where this guy is...because we can't have this turn into a fugitive case at this stage.'"

Analysis: Prosecutors may have rushed to charge George Zimmerman because of fears he would flee

In explaining why the second-degree murder charge, CBS News legal analyst Jack Ford said: "Second degree murder doesn't have the premeditation. So you're not intending to kill someone. You may have intended to hurt them badly and they die as a result. But it's the absence of that premeditation that drops it down a notch."

Zimmerman's shooting of the unarmed black teenager Feb. 26 brought demands from black leaders for his arrest and set off a furious nationwide debate over race and self-defense that reached all the way to the White House.

The 28-year-old Zimmerman, whose father is white and whose mother is Hispanic, said the teenager attacked him. Martin's family argued Zimmerman was the aggressor.

On Tuesday, Zimmerman's lawyers announced they were withdrawing from the case because they hadn't heard from him since Sunday and didn't know where he was. They portrayed his mental state as fragile.

"He is largely alone. You might even say he is emotionally crippled by virtue of the pressure of this case," said one of the lawyers, Hal Uhrig.

The case has drawn the interest of the highest levels of the Obama administration, with the Justice Department's civil rights division opening its own investigation.

Zimmerman's arrest was delayed partly because of Florida's "stand your ground" law, which gives people wide leeway to use deadly force without having to retreat in the face of danger. Florida is among 21 states with such a law.

Tensions have risen in recent days in Sanford. Someone shot up an unoccupied police car Tuesday as it sat outside the neighborhood where Martin was killed. And a demonstration by college students closed the town's police station Monday.

Six weeks ago, Martin was returning to the home of his father's fiancee from a convenience store when Zimmerman started following him. Zimmerman told police dispatchers he looked suspicious. At some point, the two got into a fight and Zimmerman used his gun.

Zimmerman told police Martin attacked him after he had given up chasing the teenager and was returning to his truck. He told detectives that Martin knocked him to the ground and began slamming his head on the sidewalk. Zimmerman's father said that Martin threatened to kill his son and that Zimmerman suffered a broken nose.

A video taken about 40 minutes after the shooting as Zimmerman arrived at the Sanford police station showed him walking unassisted without difficulty. There were no plainly visible bandages or blood on his clothing, but Zimmerman may have had a small wound on the back of his head.

The shooting ignited resentment toward the police department, and Police Chief Bill Lee temporarily stepped down to let passions cool.

Civil rights groups and others have held rallies around the country, saying the shooting was unjustified. Many of the protesters wore the same type of hooded sweatshirt that Martin had on that day, suggesting his appearance and race had something to do with his killing.

President Barack Obama injected himself into the debate, urging Americans to "do some soul-searching." "If I had a son, he'd look like Trayvon," Obama said March 23.

The local prosecutor disqualified himself from the case, and Gov. Rick Scott appointed Corey, the prosecutor for Jacksonville, to take it over.