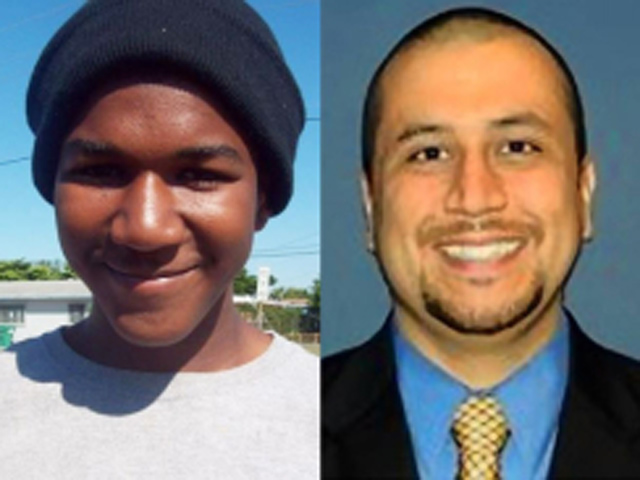 (CBS)  The Feb. 26 shooting death of 17-year-old Trayvon Martin by neighborhood watch volunteer George Zimmerman in Sanford, Fla., spilled over onto the national stage, sparking protests, debate and a personal statement from President Obama. The case has raised questions about race, guns and justice, and led to numerous federal, state and local investigations.

Below is a timeline of how the story evolved from a small-town shooting to a national controversy.

February 26, 2012 - George Zimmerman shoots Trayvon Martin while the 17-year-old is walking back from a convenience store in Sanford, Fla., where he purchased a pack of Skittles candy and iced tea. Zimmerman tells police he killed the teen in self-defense after a scuffle. He is taken into custody but soon released. No charges are filed.

March 9, 2012 - Attorney Benjamin Crump tells the Miami Herald he has filed a suit on behalf of Trayvon Martin's parents to get public records in the case. Crump is best known for his work on the case of Martin Anderson, a black Florida teen who died after being beaten by guards at a boot-camp style detention camp in 2006.

March 15, 2012 - George Zimmerman's father, Robert Zimmerman, delivers a letter to the Orlando Sentinel. The letter reads, in part: "At no time did George follow or confront Mr. Martin. When the true details of the event become public, and I hope that will be soon, everyone should be outraged by the treatment of George Zimmerman in the media."

Robert Zimmerman's letter addresses the race issue. Up until this time, media had been referring to Zimmerman as white, but his father says he is Hispanic.

- A group called the New Black Liberation militia announces its members will travel to Florida to attempt a citizen's arrest of Zimmerman.

March 16, 2012 - The Sanford Police Department releases the 911 calls from Feb. 26 to Martin's family - and later to the public. The recordings include audio of Zimmerman referring to Trayvon Martin as "suspicious," as well as screams overheard when a neighbor called in a disturbance. Martin's family believes the screams are his; Zimmerman's family say they are Zimmerman's.

March 19, 2012 - The Department of Justice announces it will investigate the shooting.

March 20, 2012 - Benjamin Crump tells reporters at a press conference that he has deposed a young woman who says she was on the phone with Martin moments before he was killed. Crump says the girl told him Martin said, "I think this dude is following me."

- The Seminole County State Attorney's office announces they will convene a grand jury on April 10 to hear evidence in the case.

Rallies calling for George Zimmerman's arrest start taking place across the country. Al Sharpton and NAACP President Ben Jealous join Martin's parents and hundreds of others at a rally in Sanford. In New York City, hundreds of people attend a "Million Hoodie March," wearing T-shirts and carrying signs bearing phrases including, "I am Trayvon Martin."

March 23, 2012 - President Barack Obama comments on the case, saying he thinks the shooting should be investigated and telling reporters: "If I had a son, he'd look like Trayvon."

- Florida Gov. Rick Scott appoints state attorney Angela Corey as a special prosecutor to look into the case. He also creates a task force to look into the state's "stand your ground" self-defense law, which has come under fire nationwide.

March 26, 2012 - Martin's family confirms that Martin had been in Sanford visiting his father because he was suspended from school after school officers found a plastic bag containing traces of marijuana in his backpack.

March 29, 2012 - Video is released showing George Zimmerman in police custody and without visible injuries approximately an hour after the shooting is released. Later, enhanced video appears to show a mark or injury to his head.

- Director Spike Lee apologizes after re-tweeting the address of a family with a son named William George Zimmerman to his hundreds of thousands of followers. He later settles with the family.

April 3, 2012 - The FBI announces it has opened its own investigation into the Martin shooting.

April 9, 2012 - The public hears from George Zimmerman, who has been in hiding since soon after the shooting, for the first time when he launches TheRealGeorgeZimmerman.com, which allows people to donate to a fund for his legal defense and living expenses.

April 10, 2012 - Zimmerman's attorneys, Hal Uhrig and Craig Sonner, announce that they have not been in contact with him for two days and are no longer representing him. At a news conference, they tell reporters that Zimmerman set up his website without consulting them and that he attempted to contact the special prosecutor without their knowledge. They also say Zimmerman called and spoke "off the record" with Fox News host Sean Hannity, also without their knowledge.

They reveal that they have never met Zimmerman in person but that they believe he is still in the United States.

- Special prosecutor Angela Corey announces she will release information in the case within 72 hours.

April 11, 2012 - Special prosecutor Angela Corey announces that Zimmerman is being charged with second-degree murder in the shooting and that he is in police custody.

June 12, 2013 - Shellie Zimmerman, George Zimmerman's wife, was arrested for perjury after allegedly lying to a judge about the couple's finances during her husband's bond hearing.

May 28, 2013 - A Florida judge ruled that George Zimmerman's defense may not bring up Trayvon Martin's past marijuana use, school suspensions or fighting at trial without another ruling granting them permission.