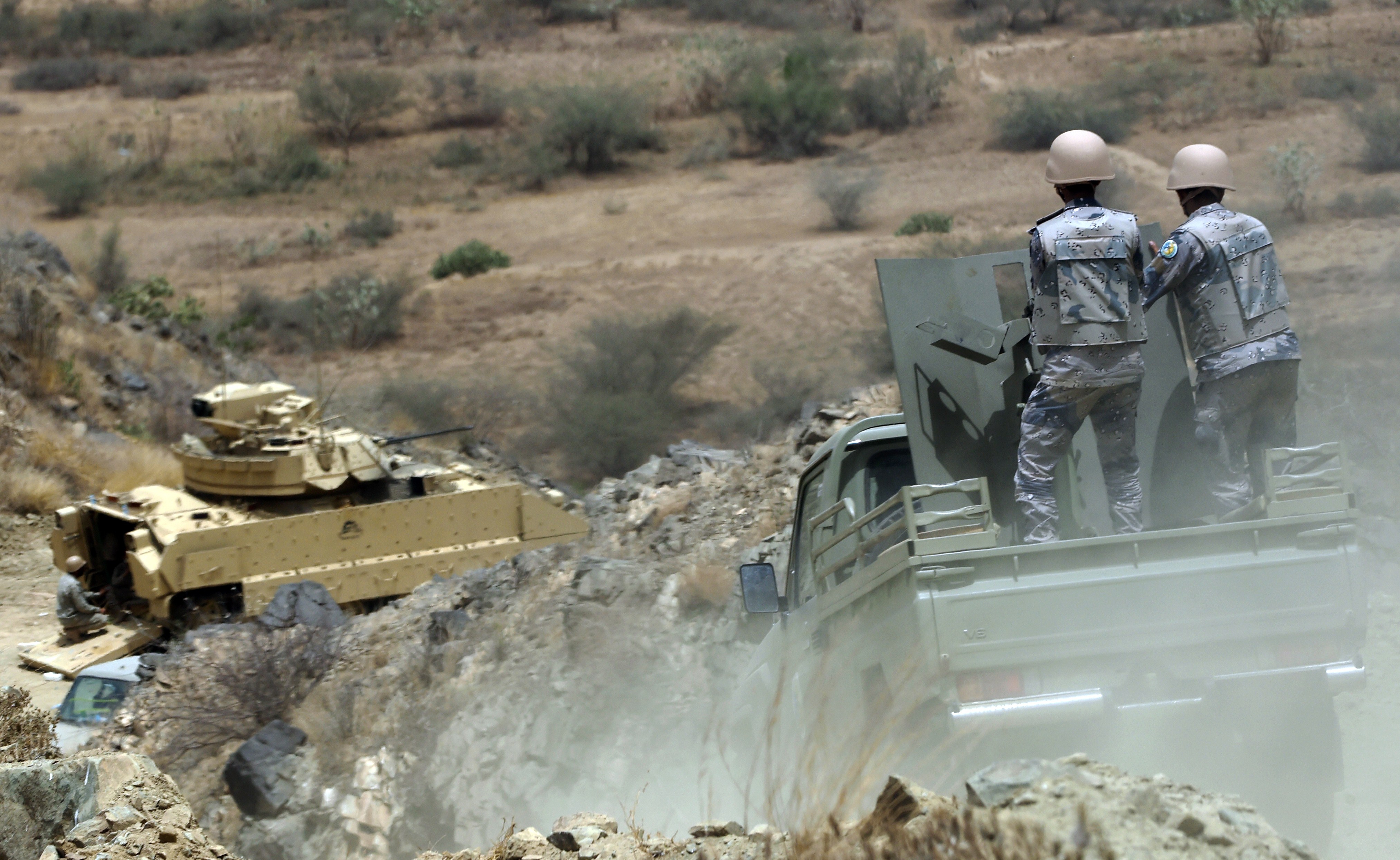 SANAA, Yemen -- Shiite rebels and allied military units in Yemen defied Saudi-led airstrikes to seize a provincial capital in a heavily Sunni tribal area on Thursday as their patron Iran called the two-week air campaign a "crime" and appealed for peace talks.

The rebel fighters, known as Houthis, along with military units loyal to former autocrat Ali Abdullah Saleh, overran Ataq, capital of the oil-rich southeastern Shabwa province, after days of airstrikes and clashes with local Sunni tribes. The capture marked the rebels' first significant gain since the Saudi-led bombing began.

The Saudi-led coalition has imposed an air and sea blockade on Yemen and targeted both rebels and military units loyal to Saleh, hoping to eventually allow Yemen's internationally recognized President Abed Rabbo Mansour Hadi to return to the country.

The coalition had hoped to keep the rebels out of the southern port city of Aden, which Hadi had declared his provisional capital after fleeing Sanaa earlier this year and before leaving the country last month. But there too the rebels and Saleh loyalists have advanced, sparking days of heavy clashes.

The conflict pits the Saudi-led Sunni Gulf countries against Shiite rival Iran. Tehran supports the Houthis and has provided humanitarian aid but both Iran and the rebels deny allegations that it has armed them. The growing regional involvement nevertheless risks transforming what until now has been a complex power struggle into a full-blown sectarian conflict like those raging in Syria and Iraq.

Saudi Arabia and its partners, notably Egypt and Pakistan, have been mulling a ground force to enter Yemeni territory and help combat the Houthis and their allies. The nations' leaders say no decision has been made on an incursion yet, but they have vowed to defend Saudi Arabia's borders.

The chaos has also allowed al Qaeda's powerful local affiliate, al Qaeda in the Arabian Peninsula (AQAP) to gain ground, and the Saudi-led bombing -- backed by U.S. arms shipments and intelligence sharing -- threatens to weaken the rebels and Saleh's loyalists, who are al Qaeda's most powerful opponents on the ground.

Iran's Supreme Leader Ayatollah Ali Khamenei condemned the air campaign, saying "this is a crime, genocide and legally pursuable" according to comments posted on his website. He went on to warn that "the Saudis will lose" and that "Yemenis will resist and will win."

In a speech in Tehran on Thursday, Iranian President Hassan Rouhani urged a cease-fire in Yemen to allow for broad-based talks on resolving the crisis.

"To the countries in the region, I say, let's adopt the spirit of brotherhood, let's respect each other and other nations. A nation does not give in through bombing," said Rouhani. "Do not kill innocent children. Let's think about an end to the war, about cease-fire and humanitarian assistance to the suffering people of Yemen."

He said the bombing campaign was "wrong," comparing it to the U.S.-led coalition bombing of Islamic State of Iraq and Syria (ISIS) militants in those two countries.

"You will learn, not later but soon, that you are making a mistake in Yemen, too," Rouhani said, without naming any particular country.

Zarif, who arrived in Islamabad on Wednesday, has said that Iran is ready to facilitate talks that would lead to a broad-based government in Yemen.

Pakistan's parliament is debating whether to contribute forces to the Saudi-led air campaign in Yemen. A government statement released after the meeting with Zarif said Pakistan would stand "shoulder to shoulder" with Saudi Arabia if its territory were violated but called on Muslim countries to "council restraint and promote a spirit of mutual accommodation."

On Wednesday Iran dispatched a naval destroyer and another logistic vessel to waters near Yemen -- a sign that some saw as posturing by the Shiite powerhouse in the crowded strategic strait where U.S. and Western warships are already located.

Iran's English-language state broadcaster Press TV quoted Rear Adm. Habibollah Sayyari as saying the ships would be part of an anti-piracy campaign "safeguarding naval routes for vessels in the region."

The United States meanwhile said it was speeding weapons delivery to the Saudi-led coalition, and that it had carried out its first aerial refueling mission, marking a deepening of foreign involvement in the conflict.

The rebels' capture of Ataq came after days of clashes as well as negotiations with local tribes. When the Houthis and Saleh loyalists entered the city they encountered little resistance, raising questions about whether Yemen's fractured tribes -- even in Sunni areas -- can serve as reliable allies.

The Houthis and their allies have seized 10 of Yemen's 21 provinces but could encounter resistance in Shabwa from AQAP which also maintains a heavy presence in the province.

Ataq residents said the rebels and allied soldiers installed checkpoints all around the city. Government offices, shops and schools were closed, and residents appeared reluctant to leave their homes.

"Ataq is like a military barracks. A tank here, an armored vehicle there and non-stop patrols," said resident Saleh al-Awlaki. "I consider this an occupation by all means. And all occupation must be removed, also by all means."

Military and tribal officials said some leading members in the tribes facilitated the rebels' entry after days of fighting. One official said the Sunni tribesmen didn't want to keep on fighting, even though they were assisted by coalition airstrikes. The official spoke anonymously because he feared reprisals. The military officials spoke on condition of anonymity because they were not authorized to brief reporters.

Mohamed Abkar, an Ataq resident, said locals looted unguarded weapons warehouses in the city on Wednesday, but that no shot was fired at the rebels as they entered the city.

Meanwhile, humanitarian groups say they are running out of medical supplies to deal with the constant flow of casualties, particularly in Aden, where the fighting is most intense.

The groups have called for a temporary halt to the fighting to allow aid into Yemen. The World Health Organization said Wednesday that at least 643 civilians and combatants have been killed since March 19. At least 2,226 have been wounded, and another 100,000 have fled their homes.