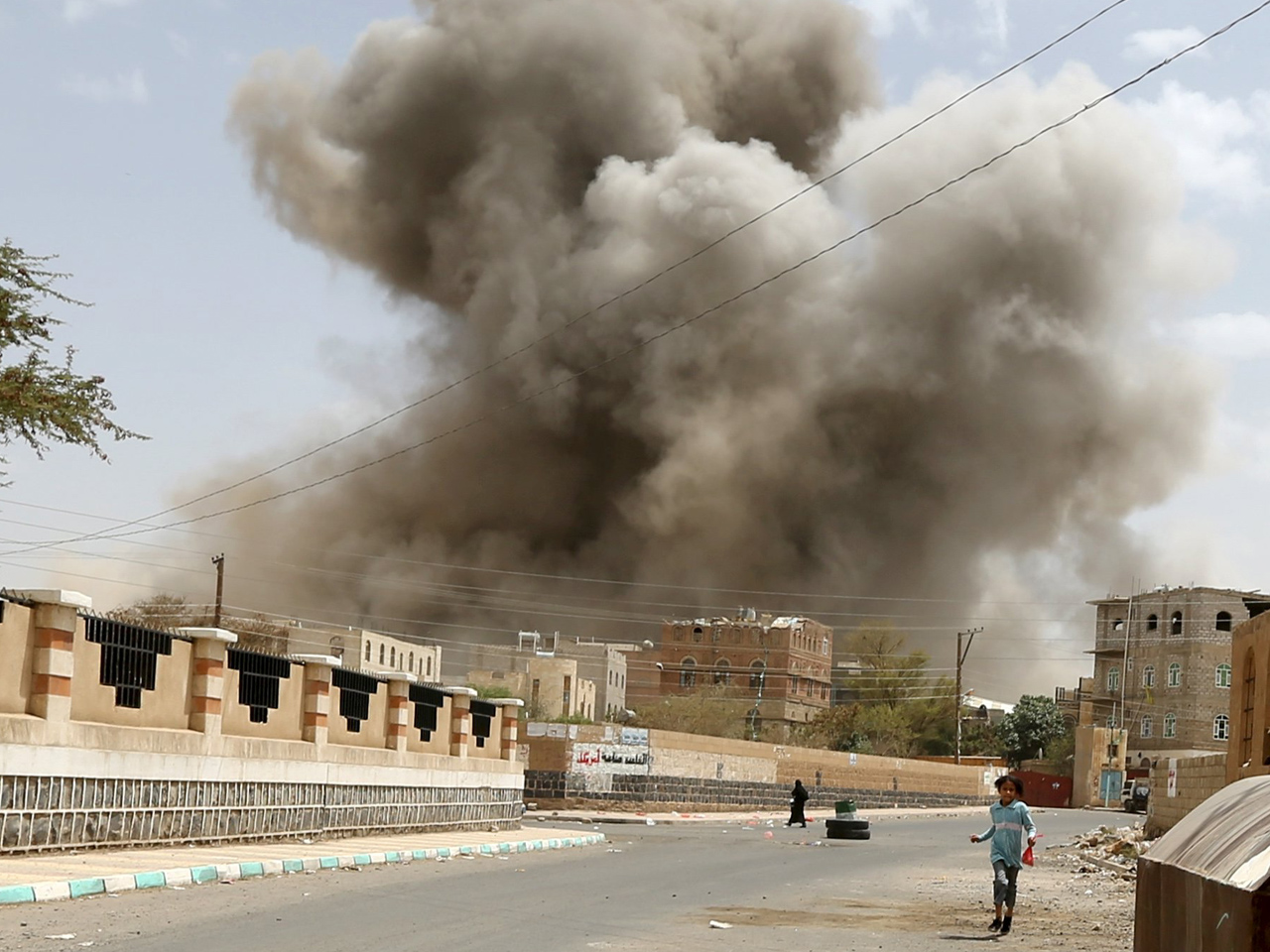 SANAA, Yemen -- Iran dispatched a naval destroyer and a support vessel Wednesday to waters near Yemen as the United States quickened weapons supply to the Saudi-led coalition striking rebels there, underlining how foreign powers are deepening their involvement in the conflict.

Iran's English-language state broadcaster Press TV quoted Rear Adm. Habibollah Sayyari as saying the ships would be part of an anti-piracy campaign "safeguarding naval routes for vessels in the region."

The maneuver in the Gulf of Aden comes amid an intense Saudi-led Gulf Arab air campaign targeting the Yemeni rebels, known as Houthis, who come from a Shiite sect. Critics say Shiite power Iran backs the Houthis, though both the Islamic Republic and the rebels deny any direct military assistance.

Speaking a day earlier in the Saudi capital, Riyadh, U.S. Deputy Secretary of State Antony Blinken blamed the violence in Yemen on the Houthis, and forces loyal to former President Ali Abdullah Saleh, saying that the U.S. is committed to defending Saudi Arabia.

"We have expedited weapons deliveries, we have increased our intelligence sharing, and we have established a joint coordination and planning cell in the Saudi operations center," he said in a statement to reporters after meeting with Saudi royals and Yemen's President Abed Rabbo Mansour Hadi, who fled his country amid rebel advances.

CBS News correspondent David Martin reports the U.S. has also begun flying aerial refueling missions for the Saudi-led coalition, and will continue to do so once daily.

Intelligence sharing includes making available raw aerial imagery the coalition could use to better strike anti-Hadi forces, said a U.S. defense official who was not authorized to comment publicly. Blinken said the U.S. and the six-nation Gulf Cooperation Council must coordinate closely and press all parties to seek a political solution.

The Gulf Arab-backed air campaign supporting Hadi, which began on March 26, has so far failed to stop the Houthis' advance on Aden, Yemen's second-largest city, which was declared the provisional capital by Hadi before he fled.

The U.S. says that the chaos has allowed the local al Qaeda branch, which it considers the world's most dangerous wing of the group, to make "great gains" on the ground, causing Washington to rethink how it prevents it from launching attacks in the West.

Speaking from Tokyo, Defense Secretary Ash Carter said the collapse of the central government in Yemen makes it harder to conduct counterterrorism operations against al Qaeda in the Arabian Peninsula (AQAP), which has ambitions to strike Western targets, including the United States. Regarding the weapons deliveries, he said it involved "some resupply of equipment and munitions" to Saudi Arabia.

The World Health Organization warned Tuesday of an unfolding humanitarian crisis, saying at least 560 people, including dozens of children, have been killed, mostly in the air campaign and ground battles. The aid group said that over 1,700 people have been wounded and another 100,000 have fled their homes as fighting has intensified over the past three weeks.

The first boat carrying medical aid to Yemen since the coalition began bombing arrived in the southern port city of Aden on Wednesday, international humanitarian organization Doctors Without Borders said.

The group's head of mission in Yemen, Marie-Elisabeth Ingres, said the ship carried some 2.5 tons of supplies from Djibouti for its hospital in Aden.

The group is concerned about how it will transport the supplies and wounded people given the chaos in Aden's streets, where the situation continues to deteriorate and combat intensified overnight.

"We have street fighting, snipers, tanks in the street, roads cut and areas not accessible, and electricity, water and fuel cuts," she said. "Last night the different groups were fighting around the hospital. It lasted all night into the morning and continues now, so all our employees were forced to sleep at the hospital."

Tons of desperately needed aid awaits clearance to be flown into Yemen, including a Red Cross shipment with 17 tons of medical supplies from Jordan which emergency workers hope can be flown into the Yemeni capital, Sanaa, on Wednesday. Another 35 tons of supplies were also ready for shipment.

Also Wednesday, Human Rights Watch cited witnesses as saying that Houthi forces fired into crowds of demonstrators in the cities of Taiz and Torba the day before the bombing campaign began, killing at least 7 people and wounding over 80 others. The New York-based group called on Houthi authorities to investigate the incidents.

"Yemen's spiraling conflict is causing a calamitous breakdown in law and order," said Joe Stork, deputy Middle East and North Africa director at Human Rights Watch. "Security forces in control, whatever side they are on, have responsibilities to uphold and protect people's rights and to take action against their members who commit abuses."