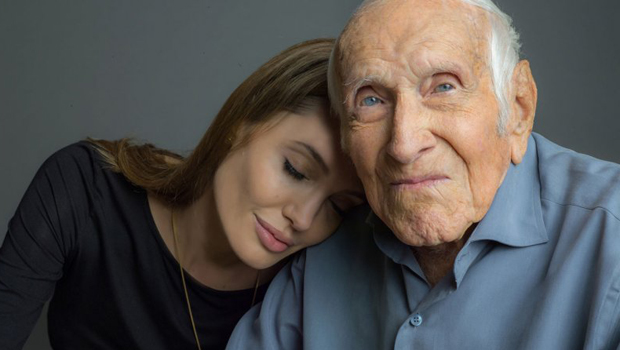 In the 1930s and 40s Louie Zamperini was one of the most famous men in America, a national hero in both sports and war.

In 1936 he starred at the Olympics in Berlin. In World War II, after his bomber crashed in the Pacific he floated on a raft for 47 days, fighting off sharks with his bare hands.

Close to death, he was captured by the Japanese, and spent two years in prison camps where he was singled out for brutal torture because of his hero status back home.

But he remained "Unbroken" -- the title of a bestselling biography.

Two years ago we interviewed the always-humble Zamperini for "CBS Sunday Morning" at his home in California.

We asked if he considers himself a hero.

"Oh no, no. I got three purple hearts, for what? I got all my limbs. I see these guys in a wheelchair with one, two limbs missing. Those guys are your heroes."

He told us he had already completed his 84-item bucket list, from climbing glaciers to teaching science.

"It's a shame to waste a good skateboard," he said. He stopped skateboarding at age 81.

"There's nothing I think in the world that I haven't done."

After a 40-day battle with pneumonia Zamperini passed away, surrounded by his family, who said in a statement: "His indomitable courage and fighting spirit were never more apparent than in these last days."

Zamperini's extraordinary life story will be told in the movie "Unbroken" directed by Angelina Jolie, scheduled to open in December. He had hoped to live long enough to join Jolie on the red carpet.