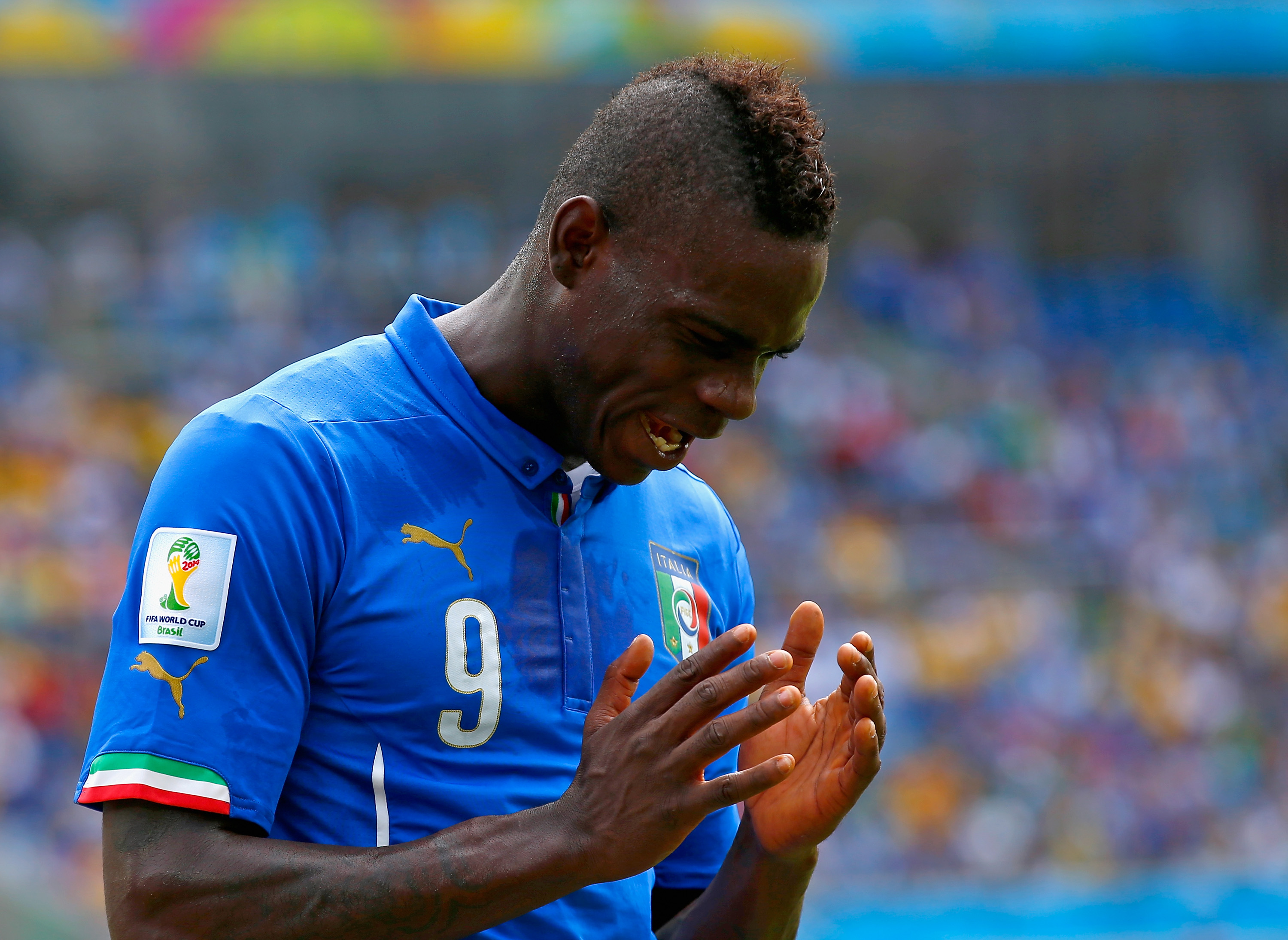 MANGARATIBA, Brazil -- Mario Balotelli has reacted to harsh criticism - some of it discriminatory - for Italy's group-stage exit from the World Cup, as the fallout turned into an ugly hunt for scapegoats on Wednesday.

"Balotelli was not the only one to lose but he was certainly disappointing," said Italian Olympic Committee president Giovanni Malago, who oversees all sports in Italy.

Next to a video with someone saying, "Mario, you're really not Italian. Go away," Balotelli posted a long reply on Instagram.

"I'm Mario Balotelli. I'm 23 years old and I didn't choose to be Italian," Balotelli wrote. "I strongly wanted (to be Italian) because I was born in Italy and have always lived in ITALY."

Balotelli was born in Sicily to Ghanaian immigrants and brought up by an Italian foster family. He is constantly subjected to racist chants during matches in Italy.

In 2012, anItalian newspaper apologized for publishing a cartoon depicting Balotelli as King Kong.

The striker scored one of Italy's two goals in its opening 2-1 over England but then struggled in the 1-0 losses to Costa Rica and Uruguay.

"I was really motivated for this World Cup and I'm sad, angry and disappointed with myself," Balotelli added in Italian. "Sure, maybe I could have scored against Costa Rica. You're right but so what?"

Midway through the first half against Uruguay on Tuesday, Balotelli picked up his second yellow card in two matches for a needless foul on Alvaro Pereira. Balotelli practically leapt over the midfielder, hitting the back of his opponent's head with his left shin.

Coach Cesare Prandelli removed Balotelli for the second half of the match, after which both Prandelli and football federation president Giancarlo Abete resigned.

"I support what Buffon said, that we veterans have the right spirit and we always accept responsibility," De Rossi said. "Whoever doesn't feel like making the same effort and doesn't have the same passion should say so and stay home."

Italy was also eliminated after the first round in 2010, when Balotelli was not selected for the squad.

The last time the Azzurri failed to advance from the group stages in two successive World Cups came between 1950 and 1966, when Italy was eliminated in the first round four successive times.

"I'm not going to allow the blame to be placed only on me this time because Mario Balotelli gave his all for the national team and didn't do anything wrong (character-wise)," Balotelli wrote.

"So look for another excuse because Mario Balotelli ... is prepared to move forward stronger than before and with his head held high, honored to have given his all for his country," he added. "Or maybe, like you say, I'm not Italian. Africans would never cast aside one of their 'brothers.' NEVER. ... There's no shame on who misses a goal or runs less or more."

A federation meeting is scheduled for Monday to also deal with Abete's status.

But the national team isn't the only problem.

Italy's clubs struggle to compete with their rivals in Europe and the domestic game is ravaged by fan violence, match-fixing, crumbling stadiums and falling attendances.

Also Wednesday, a Napoli fan died after being shot during the violence which marred the buildup to the Italian Cup final in May. The death of 29-year-old Ciro Esposito came 50 days after he was shot in the chest, allegedly by a Roma fan.