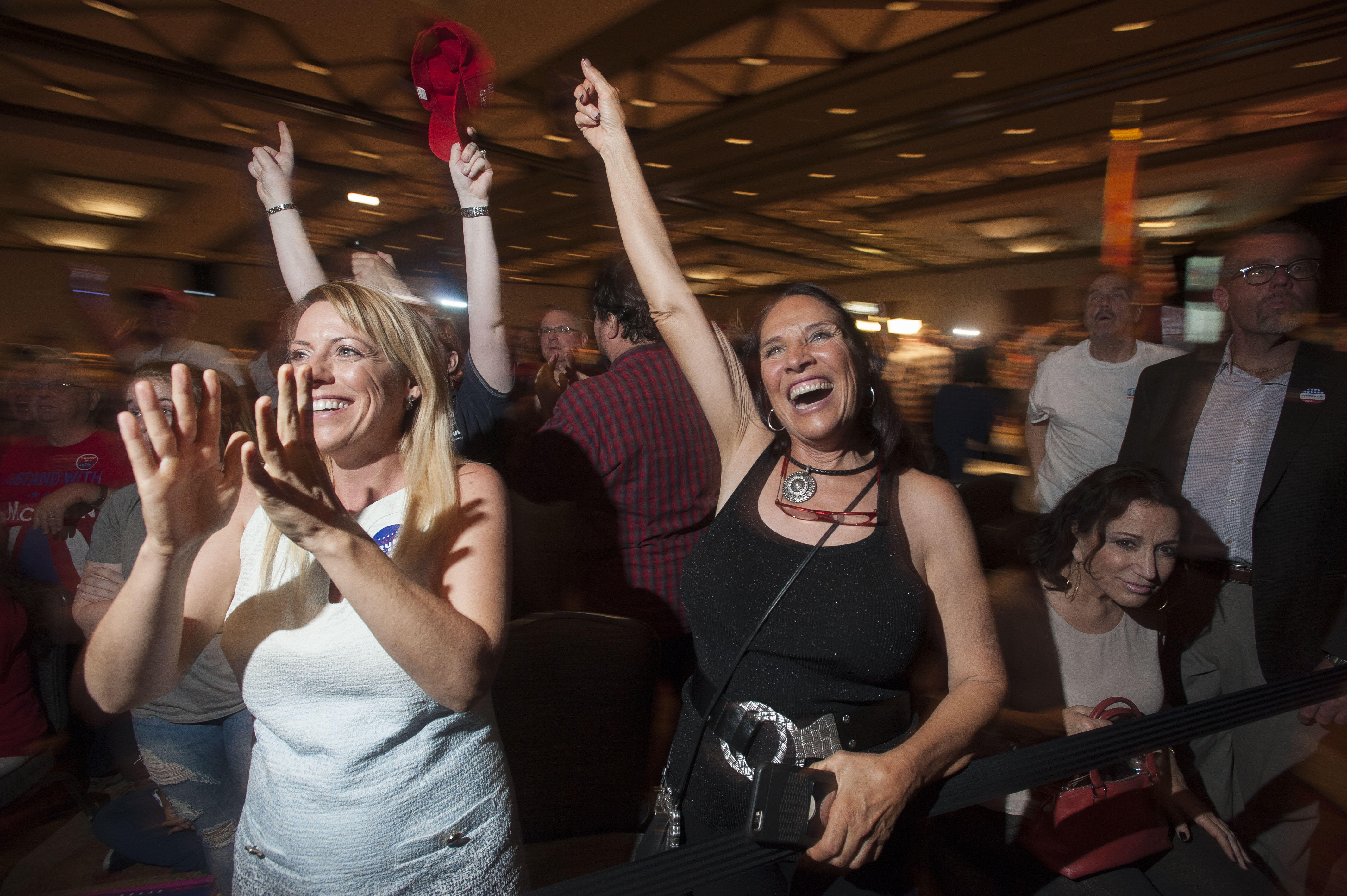 As a record number of women throw their hat in the political ring, women voters in battleground congressional districts are five times as likely to say they would choose a woman candidate (28%) over a man (5%) if both candidates agreed with them on policy and party. Men say they would choose a woman over a man as well, although by a smaller margin. Still, a majority of voters – both men and women – say a candidate's gender wouldn't matter.

Preference for a woman candidate is driven by Democrats. Democratic women (42%) are about three times as likely as Republican women (15%) to say they would choose the woman candidate in a race where both the man and the women shared their views.

Women voters who prefer a woman candidate over a man cite that women might be have a better understanding of the issues they care about (40%) and having more diversity in politics (39%) as their top reasons why.

Most voters view men and women as equal, not one better than the other, on a number of political attributes. For those who do pick a gender, more say women are better than men at finding ways to compromise and being honest and ethical. Both men and women voters hold these views.

As women make their voting decision, sending a message to Washington is a bigger factor for women intending to vote Democratic (71%) than it is for those supporting Republicans (62%). Fewer women say making sure the opposing party loses is a big factor, but most say it's a part of their decision-making.

Above all, a big part of women's vote decision is trying to support policies and legislation that they want.  Whether they are planning to vote for a Democrat or a Republican for the House of Representatives this year, about nine in 10 say supporting policies they want is a big factor.

By 2 to 1, women trust the Democratic Party over the Republican Party on issues that impact women. Moderate and independent women give the Democratic Party the advantage here too, although compared to party stalwarts, fewer of these women say they trust either party on women's issues.

Health care is the issue women voters appear to consider most crucial to win their support. Nearly eight in 10 (78%) say a candidate must agree with them on this in order to get their vote, with Democratic women (86%) more so than independents (76%) and Republicans (73%).

Women across party lines express a lot of concern about the cost of health care, with Republican women having the most concern. Making sure everyone has health care coverage is far more of a concern for Democrats than Republicans. Democrats (85%) are more than twice as likely as Republicans (32%) to be concerned a lot about that.