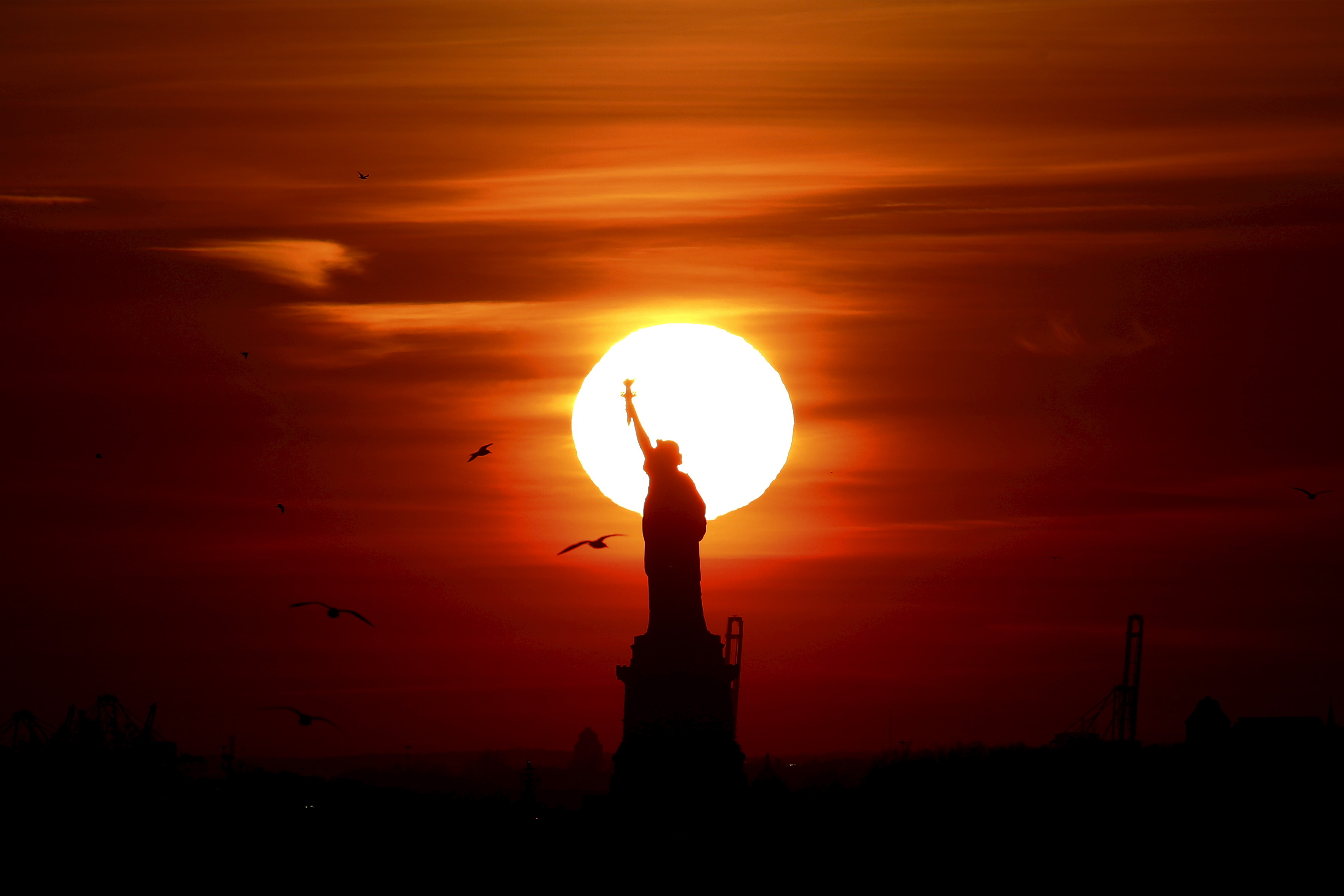 It's been almost three decades since New York last hosted a highly competitive presidential primary on both sides of the aisle.

Now, for the next two weeks, the Empire State is the center of the 2016 political world. Not only are both Democrats' and Republicans' nominating battles still raging on -- but out of a field of five remaining candidates, three can claim New York as their home state in some way or another.

Add to that a fierce battle over delegates on the Republican side in a state with 95 delegates at stake, plus perhaps the harshest rhetoric of the Democratic primary thus far, and New York is shaping up to be one of the most consequential contests left on the map this spring.

"We don't even know what to do," said New York-based Republican consultant Bill O'Reilly (not the Fox News anchor). "All the politics here has been statewide and local -- and all of a sudden, the national campaign is in our lap."

Candidates are already criss-crossing the state, from the Bronx to Schenectady, Long Island to Brooklyn, Manhattan, Albany and Syracuse in a flurry of primary campaigning by Democrats and Republicans alike that has almost certainly not been seen in New York in over 20 years.

New Yorkers are happy for the attention -- Bernie Sanders held a rally last week in the Bronx that reportedly attracted more than 18,000 people. And Sanders and Hillary Clinton are even debating in the state, in Brooklyn on Apr. 14.

Polling shows Trump and Clinton leading, and both are widely expected to win their respective primaries. A Monmouth poll released Wednesday found Trump with 52 percent of the vote, compared with 25 percent for Kasich and 17 percent for Cruz. On the Democratic side, it's a bit closer: a CBS News Battleground Tracker poll released Sunday found Clinton with a 10-point lead over Sanders (53 percent to 43 percent).

Operatives say the last time it was competitive in both parties was back in 1988, when George H.W. Bush and Michael Dukakis became their parties' respective nominees. And even when it's competitive, the margins often haven't been that close: according to data compiled by Smart Politics at the University of Minnesota, no race has ended with a single-digit margin since 1980, the first year Democrats held a presidential preference vote. (The closest it's come was in 1988 and 1992, respectively, when Dukakis won by just under 14 points and Bill Clinton won by 12 points.)

On the GOP side, the only single-digit race since the preference vote has been in place was in 2000, when George W. Bush defeated John McCain by just under 8 points.

Three of the five candidates--Trump, Clinton and Sanders--have the ability to claim New York as their home state in various ways. Trump, born in Queens, has based his family and his business empire in Manhattan; Sanders, though he represents Vermont, was born in Brooklyn; and Clinton, who now lives in Chappaqua, N.Y., served as the state's U.S. senator for eight years.

Ted Cruz has a connection to New York, too, given that his wife, Heidi, worked at Goldman Sachs. More recently, though, and likely more damaging, Cruz in one debate attacked Trump with an innuendo about "New York values." It's a crack many New Yorkers have neither forgiven nor forgotten. For those who missed that moment, it's reasonable to expect to hear Donald Trump remind voters of the slight early and often in the coming days.

This year, given the fierce fight over every single Republican delegate, operatives say there's a chance for Cruz and Kasich to deny Trump a clean sweep of the state's 95 delegates by competing locally in specific congressional districts.

"It's such a big state that you really can't afford to bypass it," said Lee Miringoff, director of the Marist College Institute of Public Opinion. "There's too many delegates on the line ... the candidates know at this point sort of where their votes are."

Because of the way Republican delegates are allocated in New York -- 14 are based on the statewide vote, while the remainder are allocated by congressional district -- candidates like Cruz and Kasich don't necessarily have to think they have a chance statewide to pick up a handful of delegates in districts with comparatively small Republican voter populations. In other words, those Republican candidates can run granular, targeted campaigns in the state to peel off as many delegates as they can at comparatively little cost.

On the Democratic side, Clinton is expected to do well in the state but Sanders is putting up a strong fight, leading to some of the fiercest rhetoric between the two campaigns yet. Sanders was reamed after a tough interview with the editorial board of the New York Daily News, which questioned him closely on how he'd break up the big banks and later skewered him on gun control.

And Clinton is going hard against Sanders on the issue as well, repeatedly stressing his past support for legislation that granted immunity to gun manufacturers.

The gun control spat comes after the two campaigns sparred back and forth about the time and location of a debate in the state, eventually settling for April 14 in Brooklyn.

Fresh off a win in Wisconsin, Sanders' campaign is arguing that he can do well in the big, diverse states he'll need to catch up in the delegate race: in order to win the nomination, he'd need not only victories going forward, but very big ones. (Working to raise expectations for Sanders' performance there, Clinton's campaign has referred to the state as a "must-win" for him.)

"The issue for her is not does she win here, but by how much," veteran Democratic strategist Hank Sheinkopf said of Clinton. "If the race is close, she's going to have a lot of explaining to do to Democrats across the country -- and Republicans will be dancing in the streets."