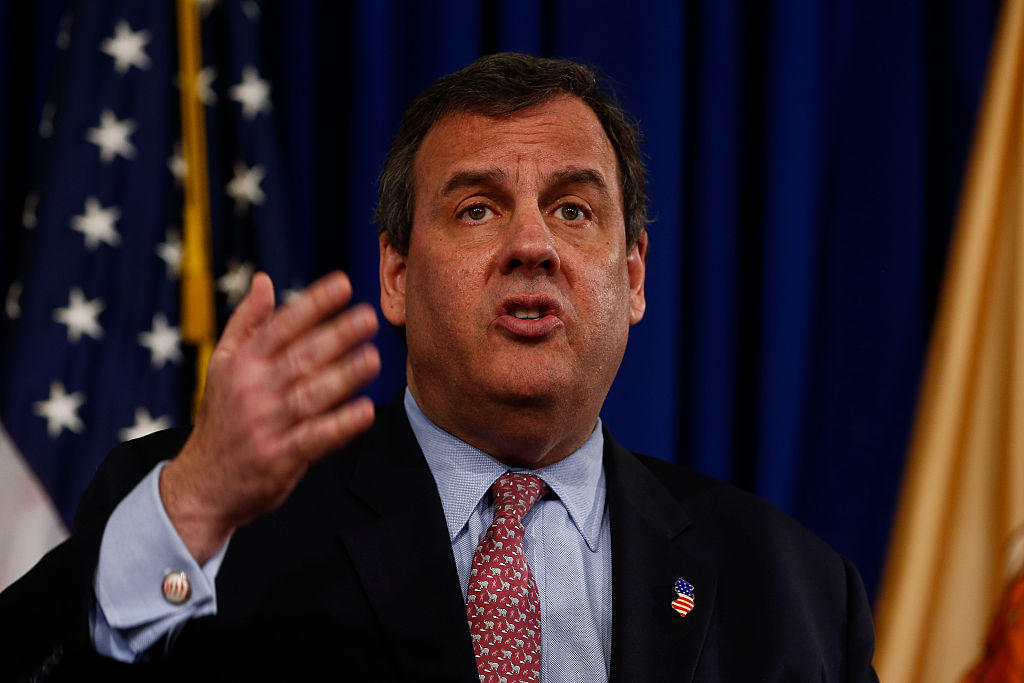 President Trump hosted a personal and emotional meeting with victims of substance abuse disorder to initiate his new commission to combat opioid abuse, addiction and overdose — the cause of over 50,000 U.S. deaths in 2015. The White House has tapped New Jersey Governor Chris Christie to chair the federal commission.

The President, who promised to prioritize fighting the opioid epidemic during his campaign, convened a roundtable discussion at the White House on Wednesday that featured powerful testimonies from those who have suffered from the drug crisis.

“Opioid abuse has become a crippling problem throughout the United States,” Mr. Trump said during his introductory remarks. “This is a total epidemic. And I think its almost untalked about compared to the severity that we’re witnessing.”

Trump, Christie, Attorney General Jeff Sessions, Senior Advisor Jared Kushner, and other participants watched Pam Garozzo, who lost her 23-year-old son Carlos to addiction, as she described his painful downward spiral. Carlos overdosed on a drug that was laced with fentanyl two days after Garozzo celebrated ten months of her son’s sobriety at a candlelight vigil hosted by Christie in December.

“Everybody should feel loved, as Governor Christie said. Every life is a precious life. Every life is worthy of being reclaimed and unfortunately Carlos couldn’t reclaim his life,” she added.

“He will not have died in vain,” Mr. Trump told her at the start at the meeting.

Vanessa Vitolo spoke of her conventional life that quickly disintegrated after college when she became addicted to Percocet she was prescribed for an injury. Soon enough, she was homeless and using heroin. She described her mother scouring the streets of Atlantic City looking for her “lost in every sense of the word” daughter.

“And what did your parents say during this whole process?” Mr. Trump asked, seemingly staggered by Vitolo’s account. “Because I’m looking at you, you’re like All-American, perfect — you’re a perfect person and so it’s hard to believe you’re living on the streets.”

Vitolo credits her second chance at life to the drug court system, a measure Christie signed in 2012 that gives non-violent drug offenders a chance at rehabilitation rather than prison. She will be graduating from drug court this year.

“It’s amazing the opportunities that have been given to me — it’s amazing I’m sitting across from you right now,” Vitolo said. “Today I’m here to represent the light that can be born out of darkness. There is hope, there is a tomorrow, you just have to fight for it.”

STATNews, a news service focusing on healthcare, reported on Tuesday that Mr. Trump is set to sign an executive order that sets an “ambitious timelines for new recommendations” to address the opioid epidemic.

Christie said on the Today show on Wednesday morning, “If people fall victim to this disease, what can we do to give them appropriate treatment to help them to reclaim their lives.”

During the listening session, Mr. Trump commended Christie for his work on battling the opioid crisis – a centerpiece of his 2016 presidential campaign and his time as New Jersey Governor.

“A great moment actually, if people remember, is you talking about your friend,” Mr. Trump said, referring to a Huffington Post video of Christie speaking about addiction that went viral. “That was probably your greatest moment during your campaign for President and it showed how much you know about this issue.”

Chuck Rosenberg, the acting Administrator of the Drug Enforcement Agency (DEA), delivered an assuring message to critics who worry that the administration plans on arresting their way out of the country’s drug problem. “Enforcement is crucial but education, prevention, and treatment is equally crucial,” he said.

Mr. Trump, who peppered participants with questions, asked Rosenberg how much of the epidemic is related to the “weakening” of the Southern border over the last ten years.

Rosenberg responded that most heroin comes through and is produced in Mexico, but he attributed the rise in synthetics and fentanyl to Asia, specifically China. According to a DEA report conducted in 2016, heroin seizures at the U.S. - Mexico border more than doubled between 2010 and 2015 due to an increase in smuggling and enhanced law enforcement on the border.

New Hampshire Senator Maggie Hassan, a Democrat, released a statement after the meeting that she was encouraged by the White House’s initiative and ready to work with the administration on their efforts but needed to see more than “just window dressing.” New Hampshire has been hit especially hard by the opioid epidemic.

“Trumpcare would have repealed Medicaid expansion, and the President’s budget proposal would undermine efforts to strengthen our health care workforce and invest in biomedical research into how we address addiction,” Hassan wrote.