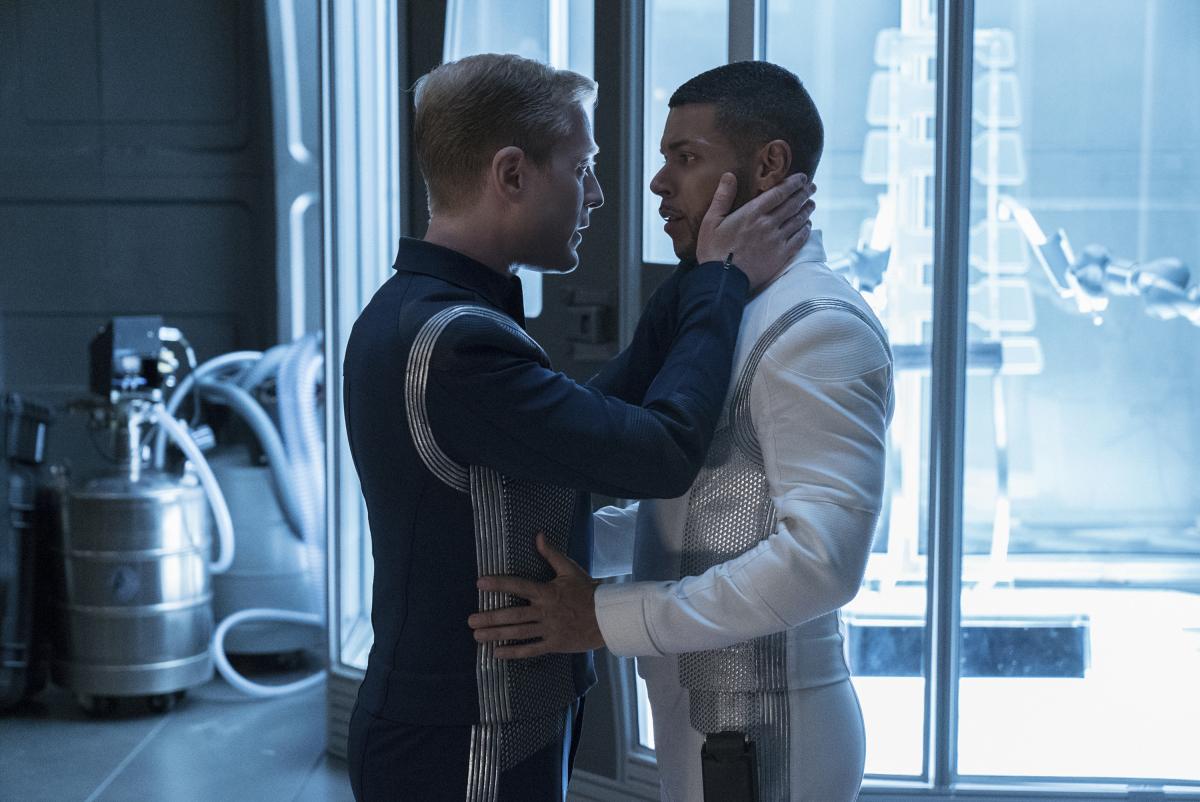 "Star Trek: Discovery" made history when it introduced characters Lt. Paul Stamets and Dr. Hugh Culber, the first gay couple on a "Star Trek" TV series. But on Sunday, the show made a shocking decision when it revealed Hugh's fate.

Wilson Cruz, who plays Dr. Hugh Culber, and showrunners Aaron Harberts and Gretchen Berg talked to CBSN about Sunday's tragic twist and how they're bracing for fan reaction. On Sunday's episode, Hugh dies, breaking the hearts of both Lt. Stamets and "Discovery" fans everywhere.

Harberts explained that the plan to kill Hugh was always in the works, but said, cryptically, that this was meant to be the "first chapter in their story" and admitted that he did not expect fans to get so attached to the couple so quickly.

"We thought it was going to take a little while for the audience to bond with them, get to know the characters. We didn't realize how this couple was going to resonate with audience, and they bonded so so quickly," he said. "Our intention was to really start their story with what happens tonight."

Cruz said the fan reaction has been moving for him.

"I think about a young person who is sitting at home, 13 or 14, a person of color, possibly questioning their sexuality, and watching Dr. Hugh Culber and saying 'I'm a part of an ideal future that we could work towards,'" he said. "We're planting seeds in the minds of young people to say 'your possibilities are limitless.' And that's who Dr. Hugh Culber represents, and I think that's who Paul represents, and I think that's what we're trying to do with this show."

Cruz also said that it's natural for fans to feel heartbreak during the show, and he doesn't expect them to process the death lightly.

Cruz said he finds a silver lining in Hugh's death, explaining that the character leaves behind an important legacy.

"What I'm really proud of -- we learned some big things about Hugh in this episode," he said. "We his some of his genius -- bedside manner -- and we see him stand up to his superiors. We see things we haven't seen and give people a preview of what's to come."