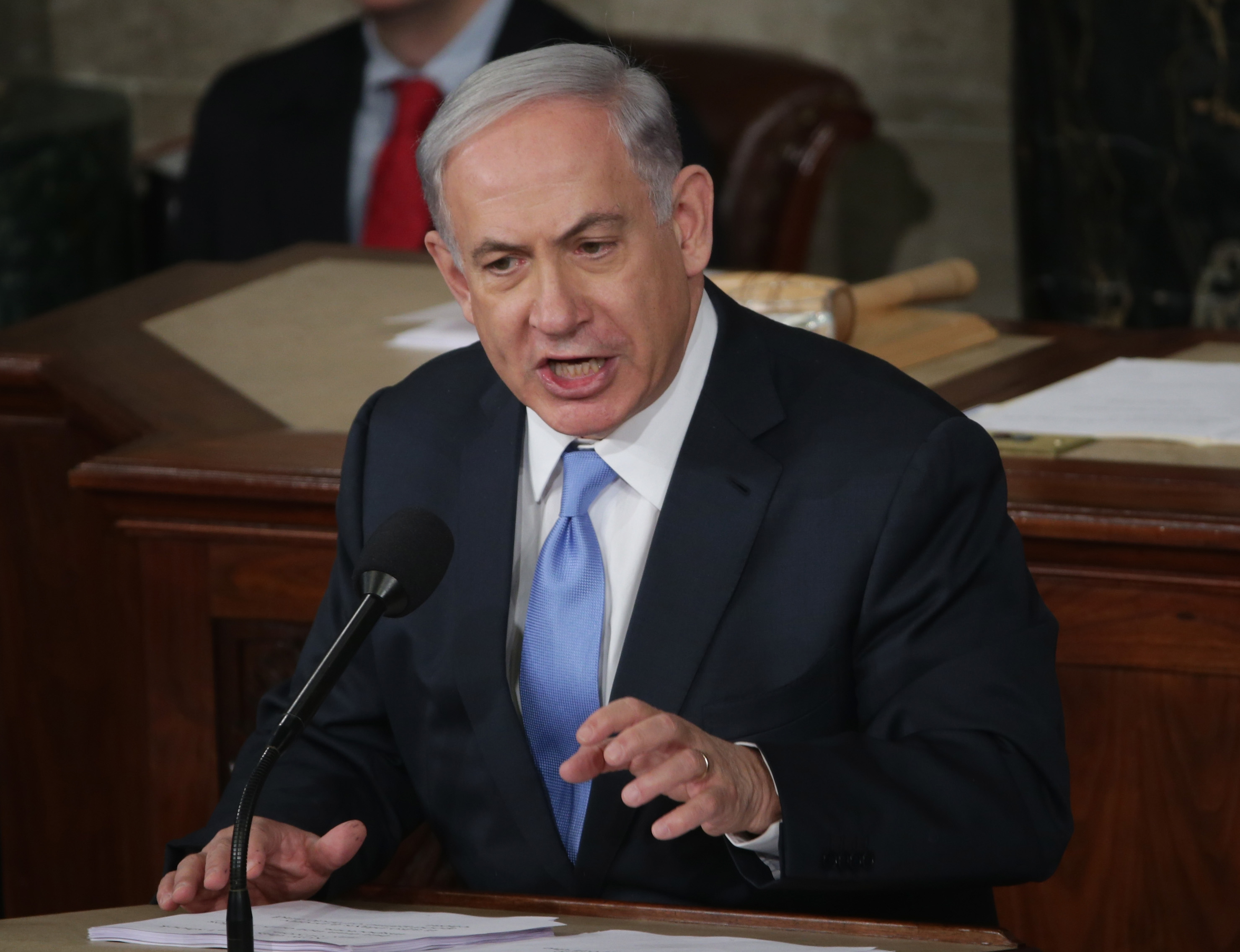 Israeli Prime Minister Benjamin Netanyahu appealed to Congress to reject the Obama administration's negotiations with five other world powers and Iran that would allow the regime to have a nuclear program for peaceful reasons.

"For over a year, we've been told that no deal is better than a bad deal. Well this is a bad deal. It's a very bad deal. We're better off without it," Netanyahu told a joint meeting of the House and Senate Tuesday in an address frequently punctuated by applause and cheers.

Netanyahu is a staunch opponent of the ongoing negotiations, fearing that it will allow Iranian leaders to continue secretly building a nuclear bomb that could pose a major threat to Israel's security. But the nature of his speech - two weeks before the Israeli elections, and at the sole invitation of House Speaker John Boehner, R-Ohio - has injected his appearance with a degree of partisanship and caused some friction in the U.S.-Israeli relationship.

A large portion of Netanyahu's 40-minute speech was dedicated to outlining his concerns about the outlines of a deal, which the administration has yet to reveal publicly. He said it leaves Iran with a "vast" nuclear infrastructure and relies on investigators to stop them from using it to create a nuclear weapon - and Iran "plays a pretty good game of hide and cheat" with inspectors, he said.

Netanyahu also said that nearly all restrictions on the regime's nuclear program would expire in a decade, alongside all U.S. sanctions, and he posited that this would enable them to create a nuclear arsenal "in a matter of weeks."

This, he said, would "spark a nuclear arms race in the most dangerous part of the planet" because many of Iran's neighbors say they would respond to a nuclear Iran by building nuclear weapons of their own.

He said he disagrees with the pretense that inking a deal will either lead Iran to change, or leave the world safer than not negotiating with Iran's leaders at all.

Mr. Obama, who did not watch the speech live and read a transcript of the speech, said it contained "nothing new" and that Netanyahu was not proposing a viable alternative to a deal that allows the the world to monitor Iran's nuclear activity.

"It may be that Iran cannot say yes to a good deal. I have repeatedly said that I would rather have no deal than a bad deal. But if we're successful in negotiating, then in fact this will be the best deal possible to prevent Iran from obtaining a nuclear weapon. Nothing else comes close," Mr. Obama told reporters following a meeting with Defense Secretary Ashton Carter Tuesday afternoon. "Sanctions won't do it, even military action would not be as successful as the deal that we have put forward.

Netanyahu did not reject the idea that a deal with Iran is impossible, but he suggested the negotiators were approaching the talks in the wrong way by moving too quickly to lift sanctions. He outlined three conditions the world should demand for lifting economic penalties: Iran must stop aggression against its neighbors in the Middle East, stop supporting terrorism around the globe, and stop threatening to destroy Israel.

To underscore his point, Netanyahu began the speech with a long recitation of acts of terror Iran is purported to have supported, including the bombing of the U.S. marine barracks in Beirut in 1983. He also warned that it is expanding its influence in the Middle East, and said Iran now "dominates" the capitals of Iraq, Syria, Lebanon and Yemen.

And he suggested that Israel would take matters into its own hands if it feels unsafe.

"The days when the Jewish people remained passive in the face of genocidal enemies, those days are over," he said. "As a prime minister of Israel, I can promise you one more thing: Even if Israel has to stand alone, Israel will stand."

Dozens of Democrats in the House and Senate skipped the address, giving a range of reasons from objecting to the timing of the speech so close to Israeli elections to the fact that the invitation was issued by only Boehner, and was not bipartisan.

But even some who attended were not pleased with what they heard.

House Minority Leader Nancy Pelosi, D-California, said in a statement, "As one who values the U.S. - Israel relationship, and loves Israel, I was near tears throughout the Prime Minister's speech - saddened by the insult to the intelligence of the United States as part of the P5 +1 nations, and saddened by the condescension toward our knowledge of the threat posed by Iran and our broader commitment to preventing nuclear proliferation."

Mr. Obama will not meet with Netanyahu during his visit, citing a precedent that U.S. officials have a longstanding practice of not meeting with foreign leaders so close to their elections. Israel's elections take place on March 17. In an interview on "CBS This Morning" co-host Charlie Rose's PBS program last week, President Obama's national security adviser, Susan Rice, called Netanyahu's visit "destructive." Boehner has accused the administration of attacking the Israeli prime minister.

"I deeply regret that some perceived by my being here as political. That was never my intention," Netanyahu said as he began his speech Tuesday.

He clearly sought to extend an olive branch to the president, noting early in his speech the ways that the president has helped Israel both in public and behind the scenes.

"Some of what the president has done for Israel might never be known, because it touches on some of the most sensitive and strategic issues that arise between an American president and an Israeli prime minister," He said. "But I know it, and I will always be grateful to President Obama for that support."

Secretary of State John Kerry is in Switzerland working to reach a deal before a March 31 deadline. Iran says it wants to enrich uranium for energy, medical and scientific purposes, but the U.S. and its allies want to ensure it cannot use the program to build a nuclear weapon. In return, the world powers in talks with Iran would gradually lift the economic sanctions that have crippled its economy.

In an interview with Reuters Monday, the president said Iran should agree to freeze its nuclear activity for at least 10 years in order to reach an agreement over the issue with the United States and its allies.

"If, in fact, Iran is willing to agree to double-digit years of keeping their program where it is right now and, in fact, rolling back elements of it that currently exist ... if we've got that, and we've got a way of verifying that, there's no other steps we can take that would give us such assurance that they don't have a nuclear weapon," Mr. Obama said.

He also said the odds are against Iran reaching a deal with United States and the rest of the so-called P5 +1, which also includes Britain, China, France, Germany and Russia.

Mr. Obama acknowledged to Reuters Monday that there is a "substantial disagreement" between the U.S. and Israel over how to curb Iran's nuclear ambitions. He called Netanyahu's speech to Congress a distraction, though he said it would not be "permanently destructive" to the United States' relationship with Israel.