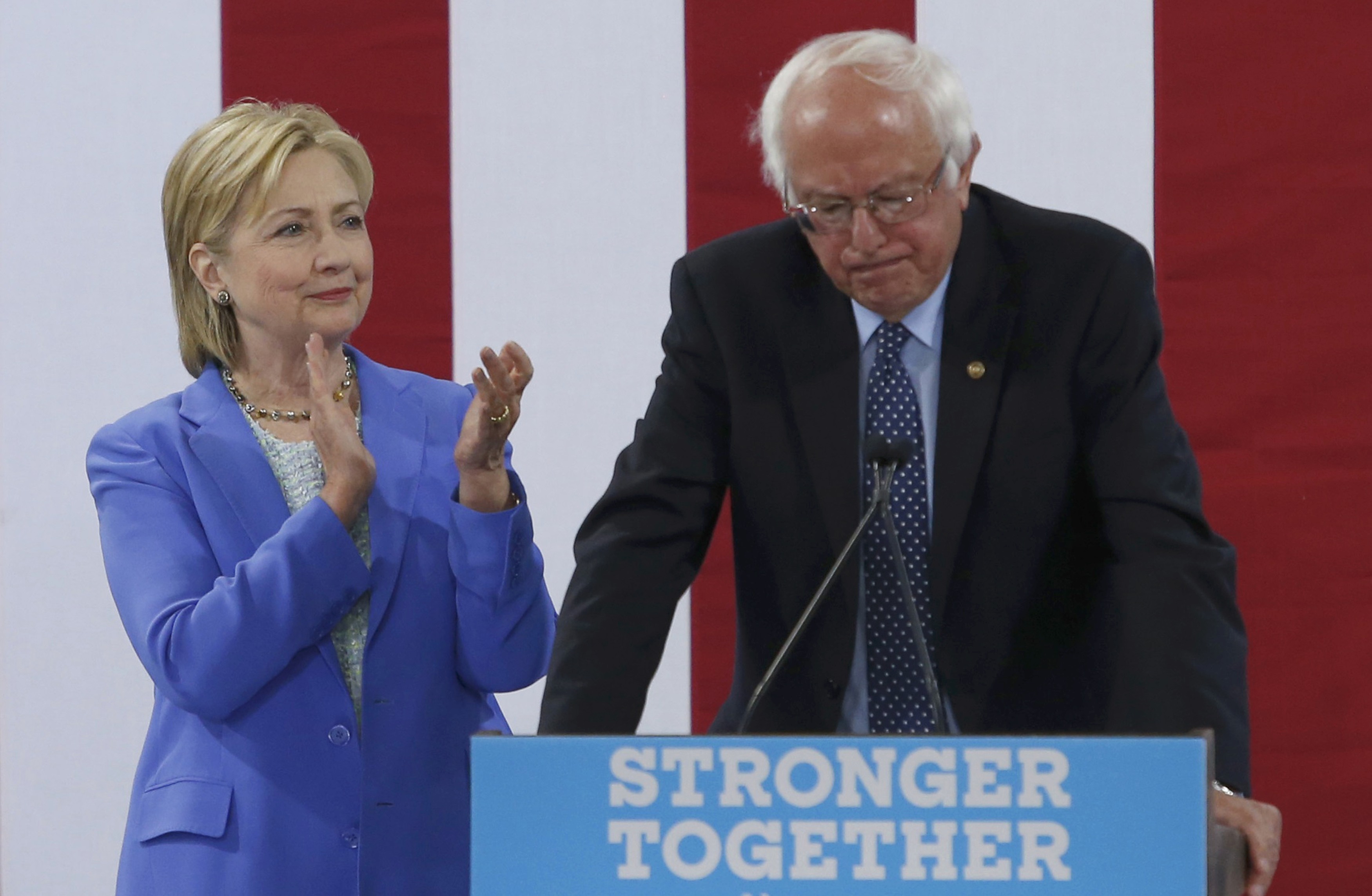 Top Democrats are slated to address their party's convention as it kicks off in Philadelphia Monday evening and they're expected to focus on Hillary Clinton's work and commitment to putting families first.

Sanders is expected to speak in the 10 p.m. hour as broadcast networks begin their primetime coverage of the convention. Sanders formally endorsed Clinton at an event in New Hampshire earlier this month, a while after Clinton clinched the nomination in early June.

Monday's theme appears to have changed from "united together" to "putting families first."

The speakers the rest of the week will include President Obama, Vice President Joe Biden and of course, Clinton.

The convention has had some unpleasant surprises for Democrats so far. On Sunday, thousands of demonstrators descended on streets in Philadelphia to march in support of Sanders and to express their opposition to the presumptive Democratic presidential nominee. Protesters chanted "Hell No, DNC, we won't vote for Hillary" and "This is what democracy looks like,"as they headed from City Hall down Broad Street, the main north-south artery that leads from the city center to the convention site about 4 miles away.

Even worse, Debbie Wasserman Schultz announced Sunday afternoon that she would resign as chairwoman of the Democratic National Committee at the end of the convention in the wake of 20,000 internal DNC emails leaking and raising questions about the impartiality of the Democratic primary process. She faced a chorus of boos and jeers from protesters Monday morning at a Florida delegation breakfast.