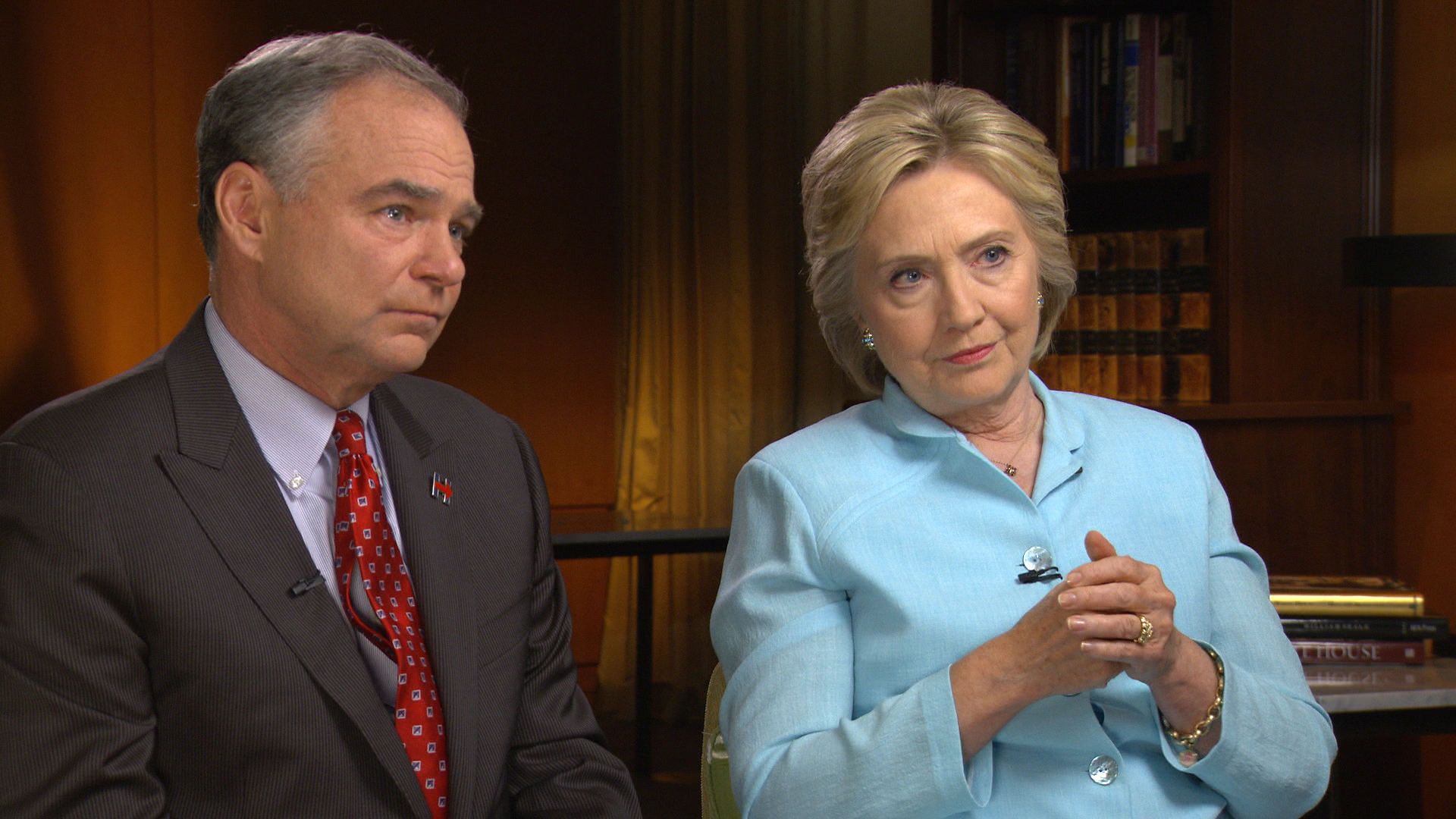 "I am adamantly opposed to anyone bringing religion into our political process," Hillary Clinton told Scott Pelley yesterday, referring to a recently released email that appears to be an attempt to undermine Bernie Sander's presidential candidacy on the basis of his religion.

Earlier this week, WikiLeaks released thousands of emails that appear to have been sent and received by members of the Democratic National Committee, including one from a senior DNC staffer.

Pelley read parts of this email to Clinton: "For Kentucky and West Virginia, can we get someone to ask his belief? Does he believe in a god? He had skated on saying he has a Jewish heritage. I think I read he is an atheist. This could make several points difference with my peeps."

Clinton tells Pelley that she "doesn't know anything about" these emails and hasn't read any of them, but Clinton said that an email such as Pelley described would be "absolutely wrong and unacceptable."

"You're not going to find anybody at the DNC or the RNC or any political organization who is a complete agnostic, who doesn't have an opinion about a candidate," Kaine told Pelley on Saturday. "But there's a difference...between that and trying to alter the outcome."

The DNC's chair Debbie Wasserman Schultz announced Sunday she is stepping down at the end of the Democratic Party's convention.

"There is no room in this house for cowards," Hillary Clinton recalls her mother saying when Clinton was a young girl facing some neighborhood bullies. Her mother's advice: "You have to go back out there and figure out how to deal with this."

Which is why, Clinton tells Scott Pelley in this unaired 60 Minutes clip, she knows how to manage bullies, both those "around the world" and those "here at home," including, Clinton says, the Republican nominee.

"I think he's behaved in a very bullying manner," says Clinton. "Our country needs to stand up to people who take pleasure in pushing other people around, who incite violence, who mock and degrade people. That's classic bullying and I don't think we should tolerate it."

Among Hillary Clinton's political adversaries, there are apparently a few who don't bear a grudge, Clinton tells Scott Pelley.

"Republicans, and those who support them, [make] these outrageous attacks on me, claims about me," Clinton says. "And then the campaign's over, and they apologize."

Even people who spoke against her at the recent Republican National Convention are among those who also say "wonderful things" about her, says Clinton.

"I saw my mother crying for the first time, which made a huge impression on me, when I came home from kindergarten and she was watching TV because JFK -- that Irish Catholic president that we loved -- had been killed," says Tim Kaine, Hillary Clinton's choice for her vice presidential running mate.

The extraordinary era in which Kaine grew up continued with both the activism of the civil rights movement, and the assassinations of political leaders.

"I kind of struggled as a 10-year-old to make out what it meant that Martin Luther King and Bobby Kennedy were killed within two months of each other," Kaine tells Scott Pelley. "I think I was 14 when Watergate happened and a president was impeached. So between my birth and age 14, I just saw a lot of turmoil."