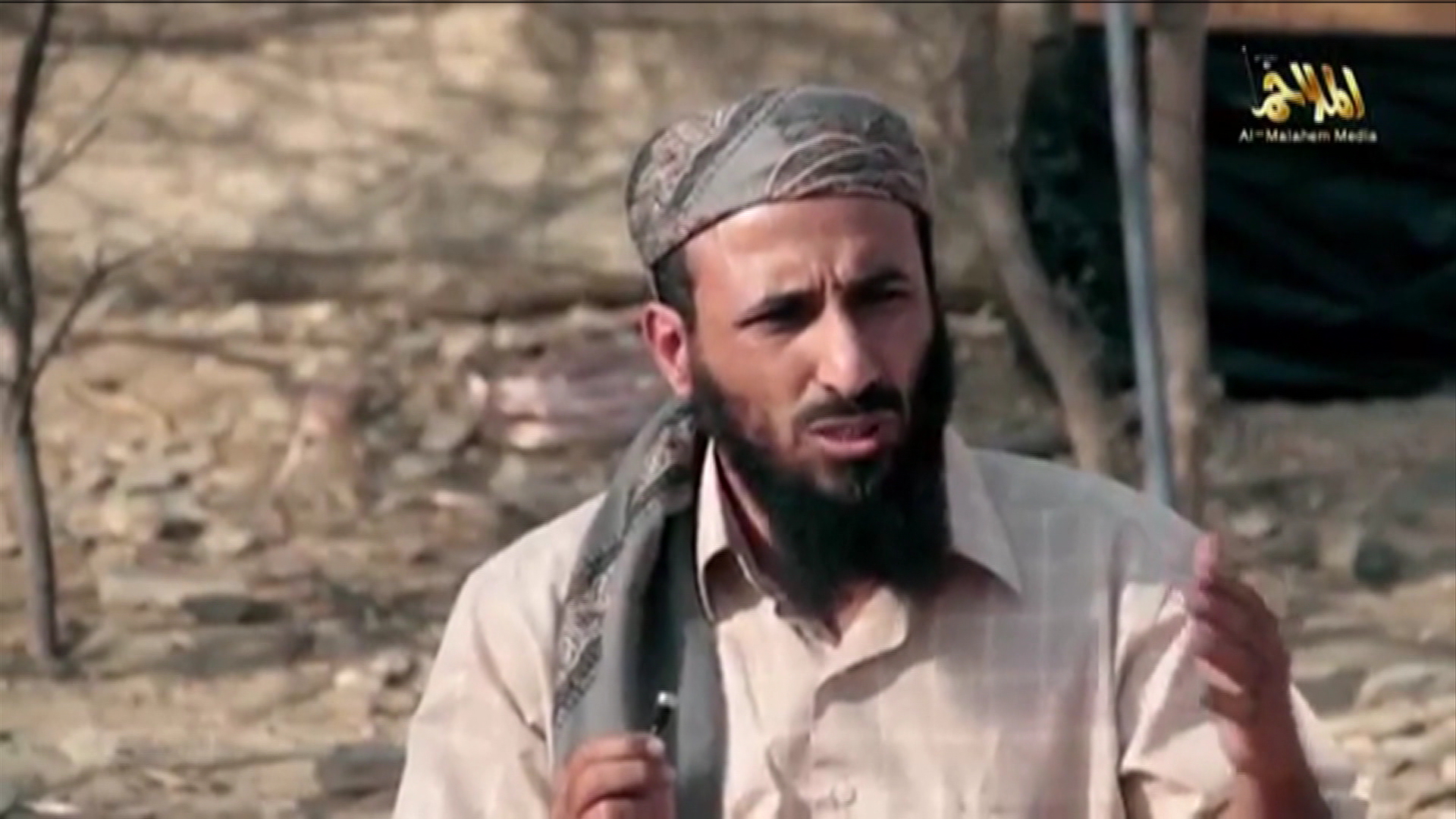 The White House on Tuesday confirmed that Nasir al-Wuhayshi, the head of al Qaeda in the Arabian Peninsula (AQAP), was killed in a U.S. strike, calling it a "major blow" to the terror network.

"The president has been clear that terrorists who threaten the United States will not find safe haven in any corner of the globe," the White House said in a statement. "While AQAP, al Qaeda, and their affiliates will remain persistent in their efforts to threaten the United States, our partners, and our interests, (his) death removes from the battlefield an experienced terrorist leader and brings us closer to degrading and ultimately defeating these groups."

In a video statement released early Tuesday by the media wing of al Qaeda in the Arabian Peninsula, al Qaeda confirmed al-Wuhayshi's death and said his deputy, Qassim al-Rimi, has been named its new leader.

Al-Wuhayshi was the deputy of al Qaeda leader Ayman al-Zawahri and once served as Osama bin Laden's personal secretary.

While the group's newly appointed leader Qassim al-Rimi may seem like the next logical figure for the U.S. to target, former CIA insider Michael Morell said Ibrahim Hassan al-Asiri, the brains behind sophisticated bombs that have been used in attempts to attack the U.S., is "probably the most significant after Wuhayshi."

"I think he's the most important target because he is the guy responsible for producing these very sophisticated explosive devices: the one that the underwear bomber used, the one that was in the printer cartridge and the one that was in that non-metallic suicide vest," Morell, also a CBS News contributor, said Tuesday on "CBS This Morning."

Former CBS News senior correspondent John Miller called Asiri "one of the most creative bomb makers" and "one of the most dangerous people that we have seen," on "CBS This Morning" in 2012.

Two years ago, U.S. officials thought al-Asiri was killed in a drone strike, but it was later determined he was still alive.

Rep. Adam Schiff, the ranking Democrat on the intelligence committee, said al-Wuhayshi's death "would be a significant blow to the core of the terrorist organization and its most dangerous franchise."

As al Qaeda leaders have been captured or killed, Schiff said, "Zawahri has been increasingly reliant on a small cadre of loyal lieutenants. As one of those top lieutenants, al-Wuhayshi has played an important role in keeping al-Qaida factions aligned with Zawahri in the face of rival pressures" from the Islamic State group.