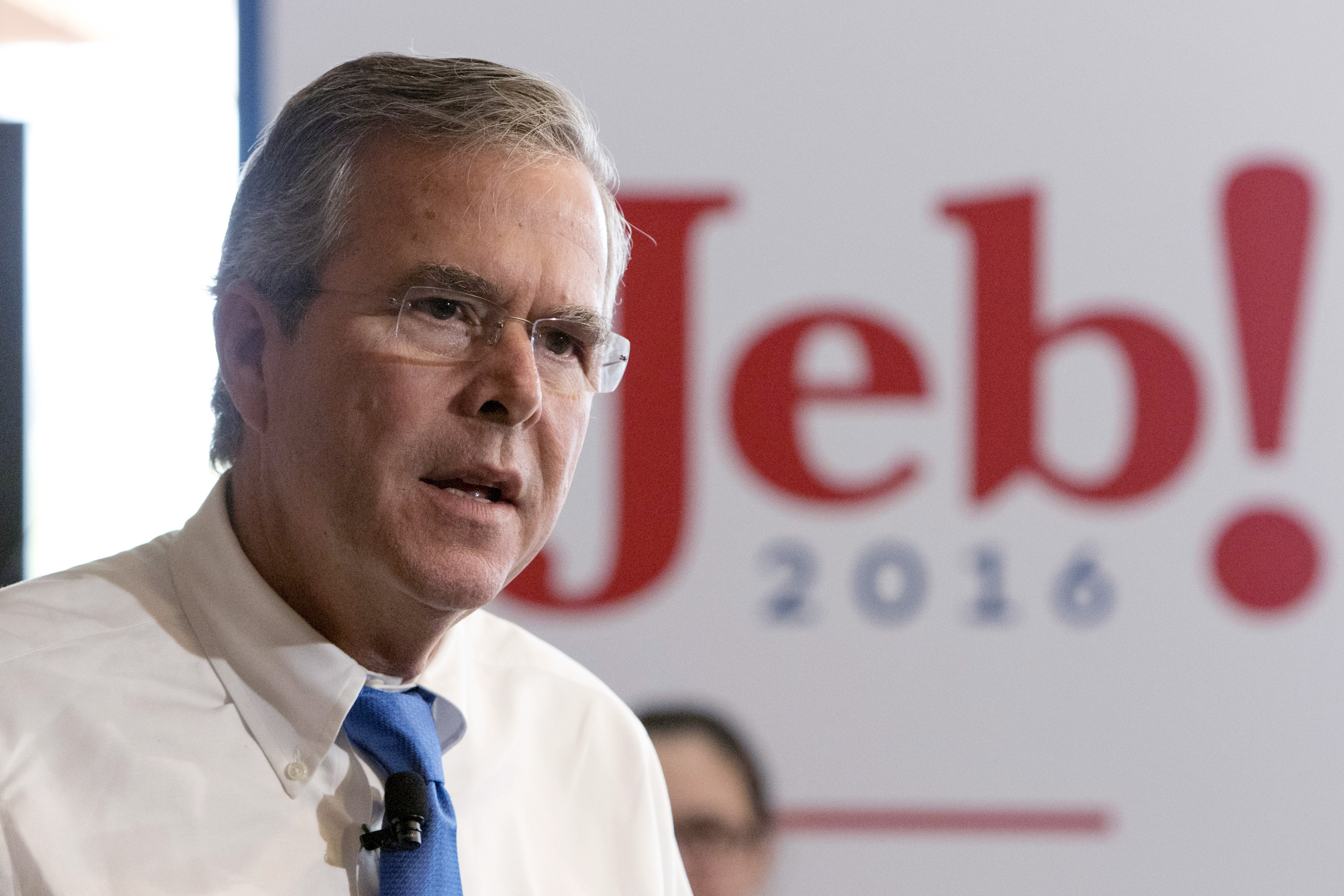 Republican presidential hopeful Jeb Bush remains the favorite 2016 candidate of the GOP establishment, but his standing among Republican voters seems to be slipping as the campaign gathers steam.

The latest CBS News poll, released Sunday, found Bush nursing the worst favorability ratings of anyone in the crowded GOP field, with 38 percent of Republican voters holding an unfavorable view of the former Florida governor, and only 32 percent holding a favorable view. His favorability rating among those voters has slipped 11 points since a CBS survey in August.

Among all registered voters, Bush also fared poorly, with 48 percent saying they him unfavorably. Only Donald Trump was viewed unfavorably by more voters (53 percent said they aren't too keen on the bombastic billionaire.)

Bush has pitched himself to Republican voters, in part, as someone who can carry the GOP to victory in the general election. Last December, for example, he memorably counseled Republicans that they must be willing to "lose the primary to win the general" - a clear rebuke of Republicans who prize conservative orthodoxy above all else.

But if Bush hoped his aura of electability would increase as the campaign wore on, he may be disappointed to learn that the opposite has happened: only 10 percent of Republican voters in the latest CBS poll identified Bush as the candidate most likely to win next November. In August, that number was 23 percent.

The horserace numbers charted a similar decline: Only six percent of GOP voters threw their support behind Bush in the latest poll, but in August, his support was a more robust 13 percent.

What's behind Bush's sagging poll numbers? The Federalist's Ben Domenech suggested Sunday on "Face the Nation" that the complicated legacy of Bush's brother, former President George W. Bush, might have something to do with it.

"Jeb does have a real challenge to really turn around these numbers within Republican voters," Domenech argued. "I'm not sure he has an easy path to do so, and it's going to be a real test for him, because he has to defend not just his own record, but his brother's, which is a real challenge with the current Republican crop of voters."

Washington Post columnist Ruth Marcus, who appeared with Domenech on the broadcast, said the rise of outsider candidates within the GOP - particularly the current frontrunner, Donald Trump - has deprived more traditional candidates of the attention that might help their poll numbers improve.

"Donald Trump has attention fever," Marcus observed. "The kind of traditional candidates in the field have presidential fever. So they will be willing to slog it out [and] go through humiliating moments in the campaign - firehouses in new Hampshire where there's 20 people there - because in the end, it matters what happens on primary night, and not what happens before that."

As Bush labors to put himself back in the driver's seat of the GOP primary, Domenech stressed, he'll need to make sure his massive campaign apparatus doesn't drain his financial resources too quickly.

"I think that Jeb is definitely someone who built a campaign on the mindset of winning in February and March. I think that that's still his aim," Domenech explained. "I think that, though, we've seen certainly a number of candidates who come to this point and have problems with the level of campaign expenditures that they have in terms of the operation they built."

"I think Jeb Bush is challenged in a certain way by having that sort of scenario," he added. "You compare that to the experience of someone like Ben Carson, who is raising a ton of money, doesn't have a significant burn rate. You compare that to someone like Ted Cruz, who is also raising a significant amount of money, and you see campaigns that might actually be able to be more competitive than we might have anticipated because of that."