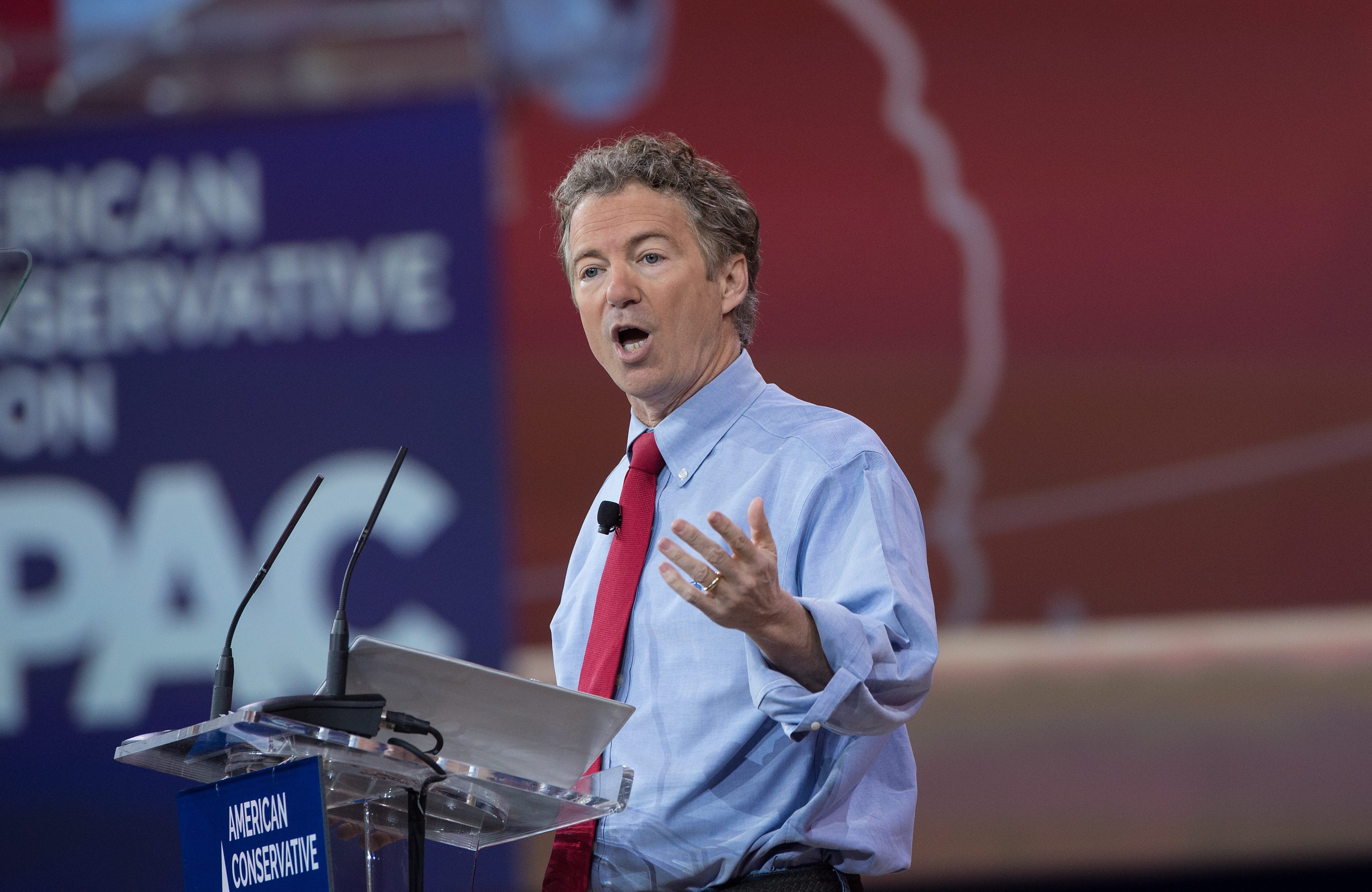 As Rand Paul officially begins his pursuit of the presidency Tuesday, his campaign's opening video hinted at the mix of constituencies and themes he'll try to balance: there's the Tea Party strain of anti-spending (and anti-Washington) activism that first catapulted him to national prominence. There's his outreach to groups beyond the Republican base which, the video notes, made him so interesting to many pundits, and which might serve him well in the general election, if he can get the nomination. And we've already seen the start of a robust digital and social media strategy aimed, in part, at helping pull in new and younger voters.

From our latest poll, taken at the end of March, Paul begins among the top tier in terms of raw consideration numbers, but still somewhat unknown (36 percent) to a wider audience. Paul doesn't have the name recognition of Jeb Bush or Mike Huckabee but elicited more opinions than did Ted Cruz or Marco Rubio at the time. (Consideration, we should note, is all one can really expect from voters at this stage; forced, head-to-head choices are still months off.)

When we look at people who are considering Paul and then who else they're considering, the heaviest competition comes from both the well-known names of Bush and Huckabee, but also from Cruz, Rubio and Rick Perry. There's no real surprise there: the latter three have all either come up through the Tea Party movement or - in the case of Perry - actively sought its support in recent years.

Paul rose to prominence as part of the Tea Party wave in 2010, and today he still performs well among voters (independents as well as Republicans) who align themselves with the movement. He gets half of them to consider him, and has a consider/not consider ratio of slightly better than 2 to 1 with Tea Party backers.

And then there are the younger voters. It's not just about the social media campaign, of course, but also about more libertarian stances on privacy and on social issues which might be used to appeal to younger conservatives. Paul's father's campaign also attracted them, though the Rand Paul campaign stresses the differences between the two men. In 2012 Ron Paul did especially well among voters under 30 as especially in the early contests, trouncing the competition in Iowa by 25 points, and getting a 20-point win over Romney among these younger voters in New Hampshire, even as Romney was winning the state easily overall.

At the moment Paul does relatively better among younger voters than older ones, if we look over the last two rounds of polling combined - including both Republicans and independents. (Independents can vote in many primaries, and many young voters who backed Ron Paul considered themselves independent.)

In a 2013 poll, for instance, Republicans had less confidence in the Fed's ability to promote economic growth than Americans overall (who, themselves, didn't have much confidence either.)

On matters of military force and foreign policy, Paul has another balance to strike. He was skeptical of some military intervention in the past, which fit with a growing skepticism about Iraq among Republican voters as that war wound down.

But now Paul is advocating for a larger defense budget, and in a Time forum he responded to criticism by emphasizing a view of war as last resort. With the rise of ISIS, we've seen renewed support by Republican voters - as well as by Americans overall - for military action in the region.

Republicans overwhelmingly support tough measures - including boots on the ground - against the new threat of ISIS. In the most recent poll, Republicans said they could never consider a candidate for the nomination who disagreed with them on ISIS policy - a higher number than could tolerate disagreements even on items like abortion. Today 79 percent of Republicans see ISIS as a "major" threat and 62 percent would favor using ground troops to fight them.