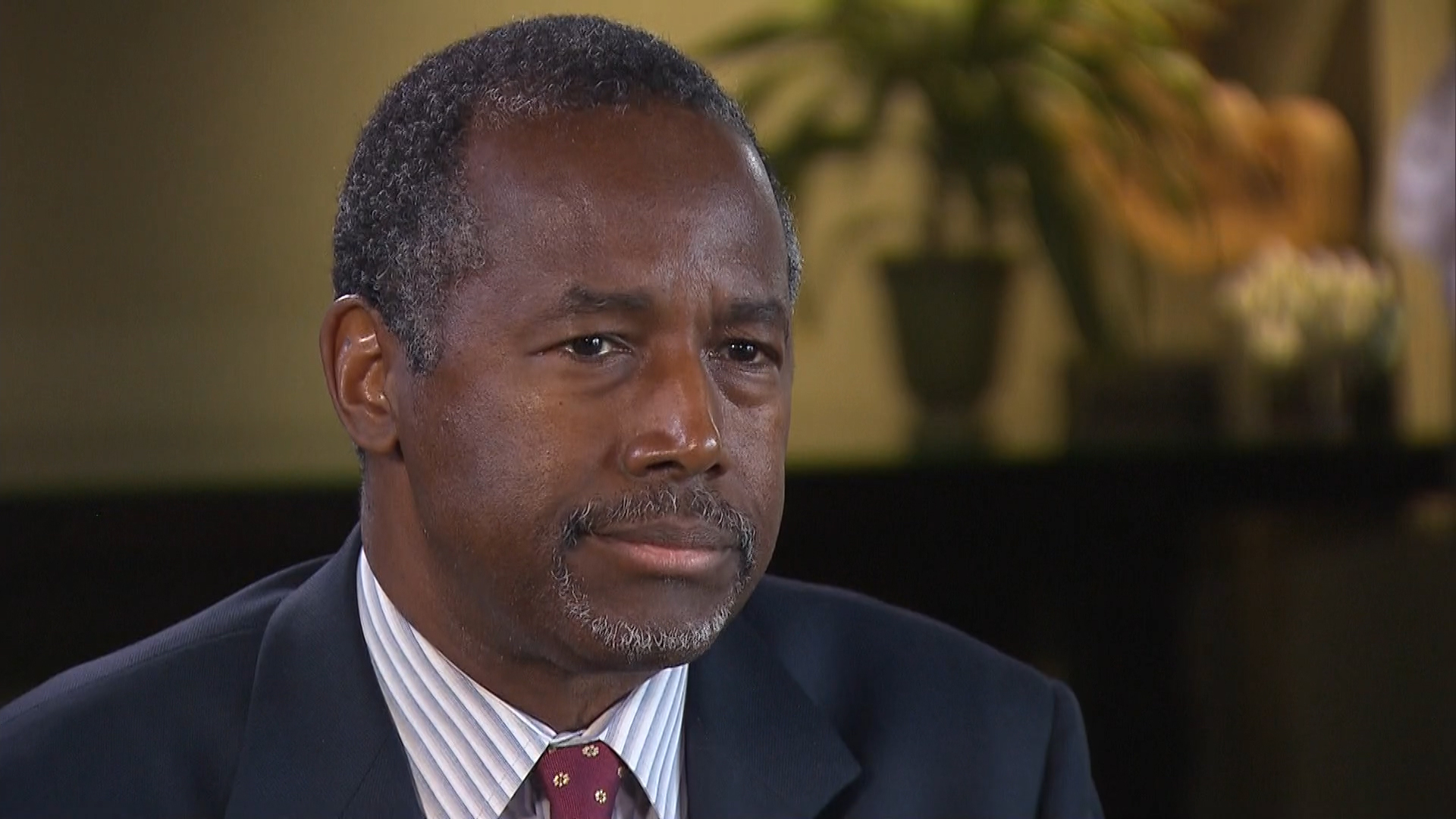 On Friday, a year after protests over the death of unarmed black teen Michael Brown rocked Ferguson, Missouri, Ben Carson paid a visit to Ferguson himself, and he had some observations to share with CBS News Chief White House Correspondent Major Garrett.

"I'm hopeful that one of the lessons that comes out of Ferguson is to need to begin those dialogues before there's a problem, and to create those relationships before there's a problem," Carson said, in an interview with Garrett Friday. "You know, the reason that we have these complex brains with these big frontal lobes is so that we can process information from the past and the present and to project it into a plan for the future, instead of just reacting, like animals do."

Carson, a neurosurgeon by trade and the only black candidate in the 2016 presidential race, said he hoped the events of Ferguson of the last year -- including the dawn of the Black Lives Matter movement -- will have a lasting impact.

Carson welcomes the grassroots movement and the concerns that were raised in the wake of Michael Brown's death, but he differentiated those expressions from "the Black Lives Matter movement, where it's foisting yourself on people - rather than engaging in dialogue - and bullying people. I never liked the idea of bullying on behalf of anybody."

Part of that stems from his well-known aversion to political correctness - which he said has a certain bullying undertone.

Carson recalled the time one candidate (former Maryland Gov. Martin O'Malley - though he didn't name him) was heckled by Black Lives Matter activists for saying "all lives matter."