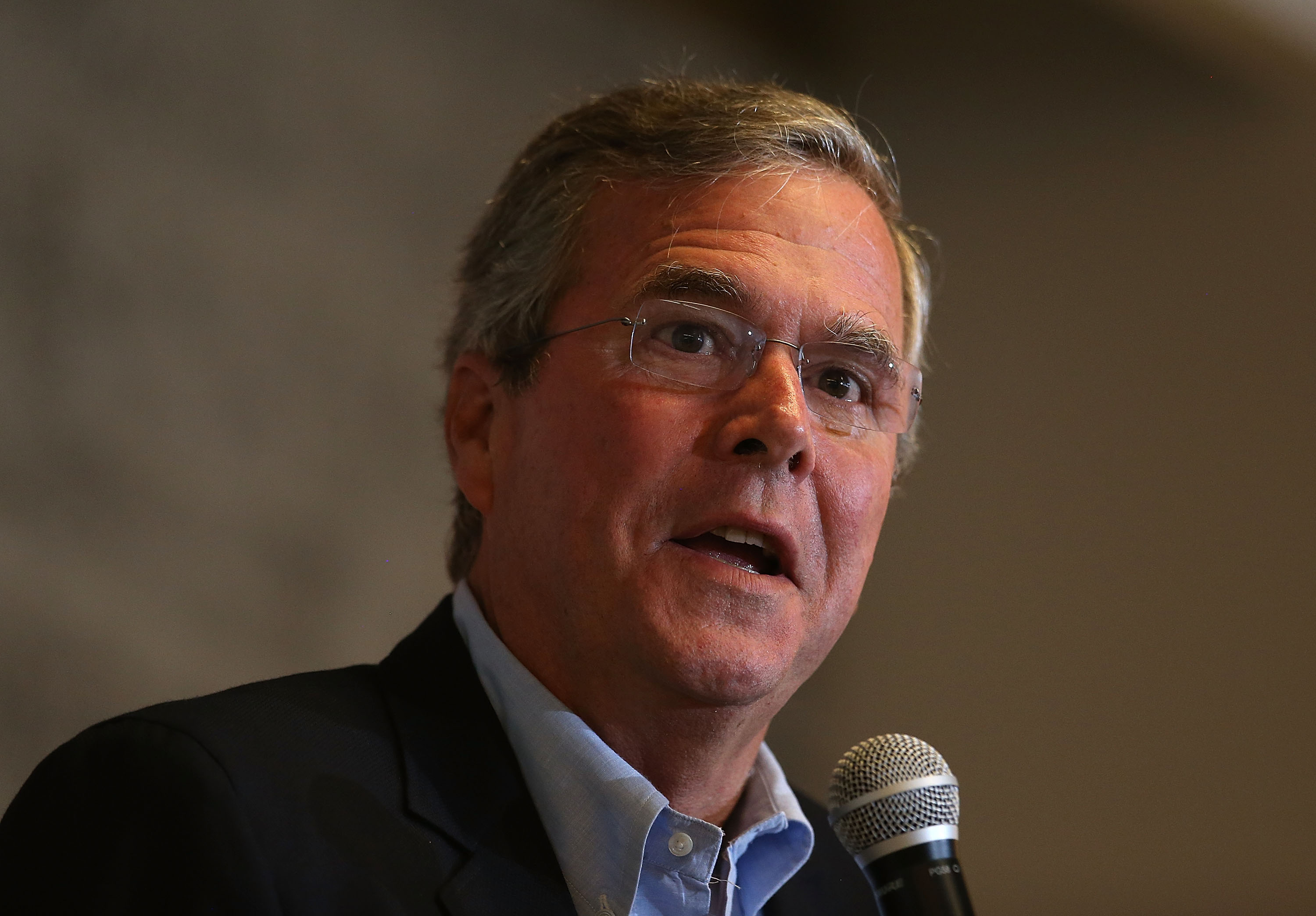 Bush had just wrapped up a town hall in Gorham, New Hampshire when reporters asked the former Florida governor whether O'Malley should have apologized. An exasperated Bush answered, "No. For crying out loud, no. Are we so uptight and so politically correct now that we apologize for saying 'lives matter?' Life is precious."

The "black lives matter" protesters had heckled O'Malley and Vermont Sen. Bernie Sanders, another 2016 candidate, both of whom were expecting a friendly audience at Netroots Nation. Sanders, clearly frustrated, told the protesters, "Black lives of course matter. I spent 50 years of my life fighting for civil rights, and if you don't want me to be here, that's ok."

In an interview with the online show This Week in Blackness immediately after the Netroots event, O'Malley walked back his comments. calling them "insensitive."

"I meant no disrespect," he said. "That was a mistake on my part, and I meant no disrespect. I did not mean to be insensitive in any way or communicate that I did not understand the tremendous passion, commitment and feeling and depth of feeling that all of us should be attaching to this issue."

Bush wasn't having any of it. He went on, "I know in the political context it's a slogan, I guess. Should he have apologized? No. If he believes that white lives matter, which I hope he does, then he shouldn't have apologized to a group that seemed to disagree with it. Gosh."

Democratic presidential candidate Hillary Clinton also commented on the "black lives matter" movement at a campaign event in West Columbia, South Carolina Thursday. "I think it is essential that we all stand up and say loudly and clearly, yes, black lives matter" but at a press conference later in Greenville, South Carolina, declined to weigh in on the protests of the Sanders and O'Malley speeches.