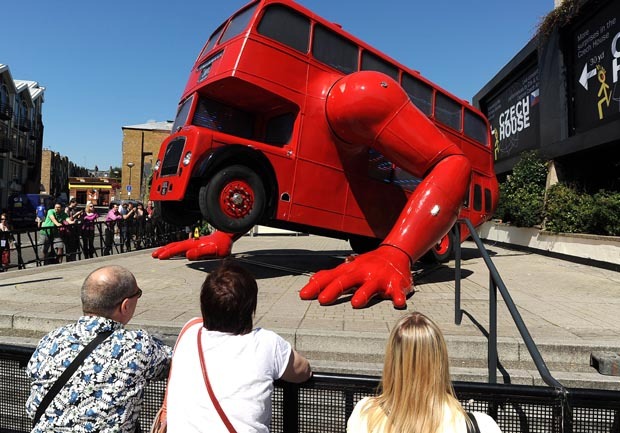 (CBS News) If the Czech Olympic team needs any extra encouragement to train while in London, they need only look out the window of the team headquarters.

That's where an artist has transformed one of the city's iconic double-decker buses into a grunting push-up machine.

According to the Telegraph, Czech artist David Cerny dreamed up the robotic sculpture, dubbed the "London Booster," which features gigantic red arms hoisting the 6-ton vehicle up and down - with a cacophony of labored groaning to boot. Watch video below:

Cerny said he thought the Routemaster bus doing pushups was "universal" because it symbolizes both athletic exercise and a form of punishment.

Ironic, robotic and hypnotic, if you ask passers by.