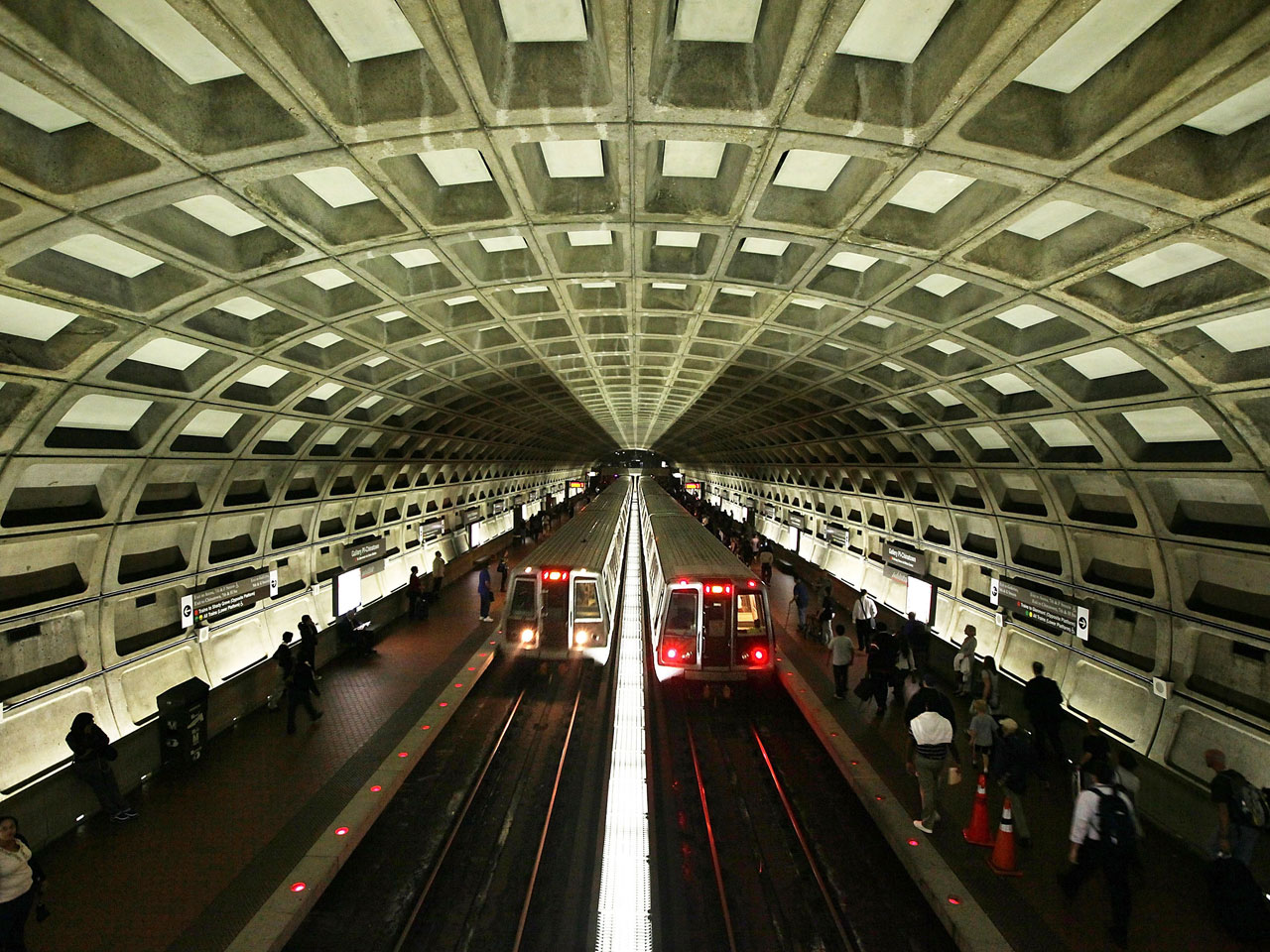 ALEXANDRIA, Va. -- Prosecutors brought the first-ever federal terrorism charges against a law enforcement officer in the U.S., alleging Wednesday that a patrol officer with the D.C. region's transit police bought about $250 worth of gift cards for someone he thought was working with the Islamic State of Iraq and Syria, or ISIS.

Nicholas Young, 36, of Fairfax, was arrested Wednesday at Metro Transit Police headquarters in Washington and charged with a single count of attempting to provide material support to a terrorist group. According to an FBI affidavit, Young bought the gift cards last month that he intended for ISIS to use to purchase mobile messaging apps. Young actually gave the codes for the gift cards to an undercover FBI officer, the affidavit said.

He made a brief court appearance Wednesday afternoon, wearing a T-shirt and what appeared to be his uniform slacks. He asked for an attorney and a magistrate appointed him a public defender.

If convicted, he could face up to 20 years in prison.

Young had been under surveillance since 2010, and he said he traveled to Libya twice in 2011, where he joined rebel forces seeking to oust dictator Muammar Qaddafi, the affidavit said. On one trip, he traveled with body armor, a Kevlar helmet and other military-style items.

Young was deeply paranoid about law enforcement spying on him, often taking out the battery of his cellphone when he wanted to go somewhere and talk, the document said.

On Jan. 24, 2011, an undercover officer said Young told the officer he once aimed an AK-47-style rifle out of a window at his residence, scanning for law enforcement he believed was watching him. On another occasion, he grew angry that the FBI talked to his family and co-workers and said he wanted to find the FBI agent and kidnap and torture her.

The undercover officer said he "doubted that Young seriously intended to act upon those words," according to the affidavit.

As police searched Young's townhome in Fairfax, neighbor Dina Ahmad described him as standoffish and said he had occasional run-ins with the homeowners' association over his cluttered front lawn.

He often worked on his car at late hours, and the car was adorned with anti-Israel bumper stickers, she said.

"We knew something was weird about him," Ahmad said. "You just kind of got that creepy vibe off of him."

Joshua Stueve, spokesman for the U.S. attorney for the Eastern District of Virginia, said Young posed no threat to the Metro system, and nowhere in the affidavit does it mention the subway and bus system for the nation's capital.

Metro spokesman Dan Stessel said Young, who had been employed since 2003, was fired.

FBI spokesman Andrew Ames confirmed that Young is the first law enforcement officer to be charged under the federal government's terrorism law.

In 2014, Young met about 20 times with an FBI informant, and Young gave the source advice on how to avoid detection as the source purportedly planned to travel overseas to join ISIS. Young frequently advised the source to watch out for informants.

Young was an associate of two other people charged with terror-related crimes. In 2010, law enforcement interviewed Young because of his links to Zachary Chesser, who eventually pleaded guilty to trying to join the militant group al-Shabab and to issuing threats to the makers of the "South Park" cartoon series after they penned an episode he found insulting to Islam.

Chesser was upset at the creators for, among other things, depicting the Prophet Muhammad as a dancing bear.

Young also met regularly with Amine El Khalifi, who pleaded guilty in a sting operation in which he planned to attempt a suicide bombing at the U.S. Capitol in 2012.

During one conversation with an undercover officer, Young said if he was ever betrayed by someone, "that person's head would be in a cinder block at the bottom of" a lake.

In March 2015, he raised suspicion when he brought a large amount of ammunition, AK-47s and a pistol to an off-duty weapons training event provided by another Metro officer. Young said he owned even more weapons, according to the affidavit.

He praised the 2015 Paris terrorist attacks at the Bataclan music hall and elsewhere, as well as the earlier Charlie Hebdo attacks, the document said.

While Young's arrest is a first for a U.S. law enforcement officer, he is one of more than a half-dozen individuals from northern Virginia alone who have been charged with terror-related crimes, mostly in government sting operations. The FBI says it has ongoing investigations in all 50 states.