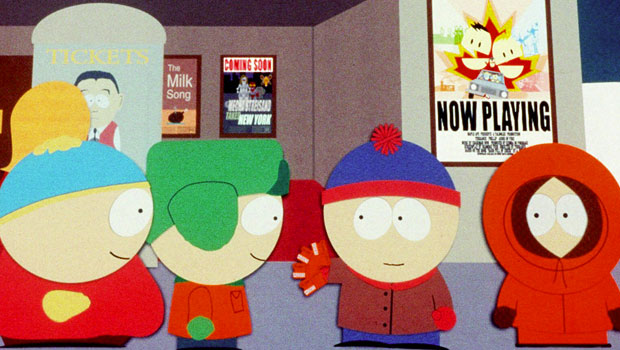 (CBS/AP) ALEXANDRIA, Virginia - Zachary Chesser, the man best known for making online death threats to the creators of "South Park" for mocking the prophet Muhammad, was sentenced Friday to 25 years in prison.

The 21-year-old, of Bristow, Virginia, pleaded guilty last year to supporting the al-Shabab terrorist group in Somalia and posting online threats against the "South Park" creators for an episode that he perceived as insulting to the Muslim prophet.

The 25-year sentence was halfway between the 20-year term sought by the defense and the 30-year maximum sentence sought by prosecutors.

Chesser achieved notoriety on the Internet under the name Abu Talhah Al-Amrikee when he warned the creators of "South Park" that they risked death for mocking Islam. His online propaganda included urgings to leave suspicious packages in public to desensitize authorities to a real bomb threat and instructions on raising children who would grow up to be al-Qaida members.

Later, he tried twice to travel to Somalia to join al-Shabab. The first time, he planned to travel with his wife but was thwarted when his mother-in-law hid his wife's passport. The second time, he took his infant son to the airport with him as cover, thinking that a person traveling with a baby would look less suspicious. But by that time, Chesser was on the no-fly list.

Chesser apologized in court for his conduct and in a written statement to the court said he is "ashamed and bewildered. ... I know that I will spend many years trying to understand why I followed the path that has led me here."

Assistant U.S. Attorney Gordon Kromberg said that even if Chesser is truly sorry for his actions, it cannot undo the damage. He said those who were threatened, like the "South Park" creators, will continually have to worry if someone might act on Chesser's exhortations. Kromberg also said Chesser struck a chord in the international jihadist community - each of the last four issues of the al-Qaida-affiliated Inspire magazine have included calls for Chesser's release.