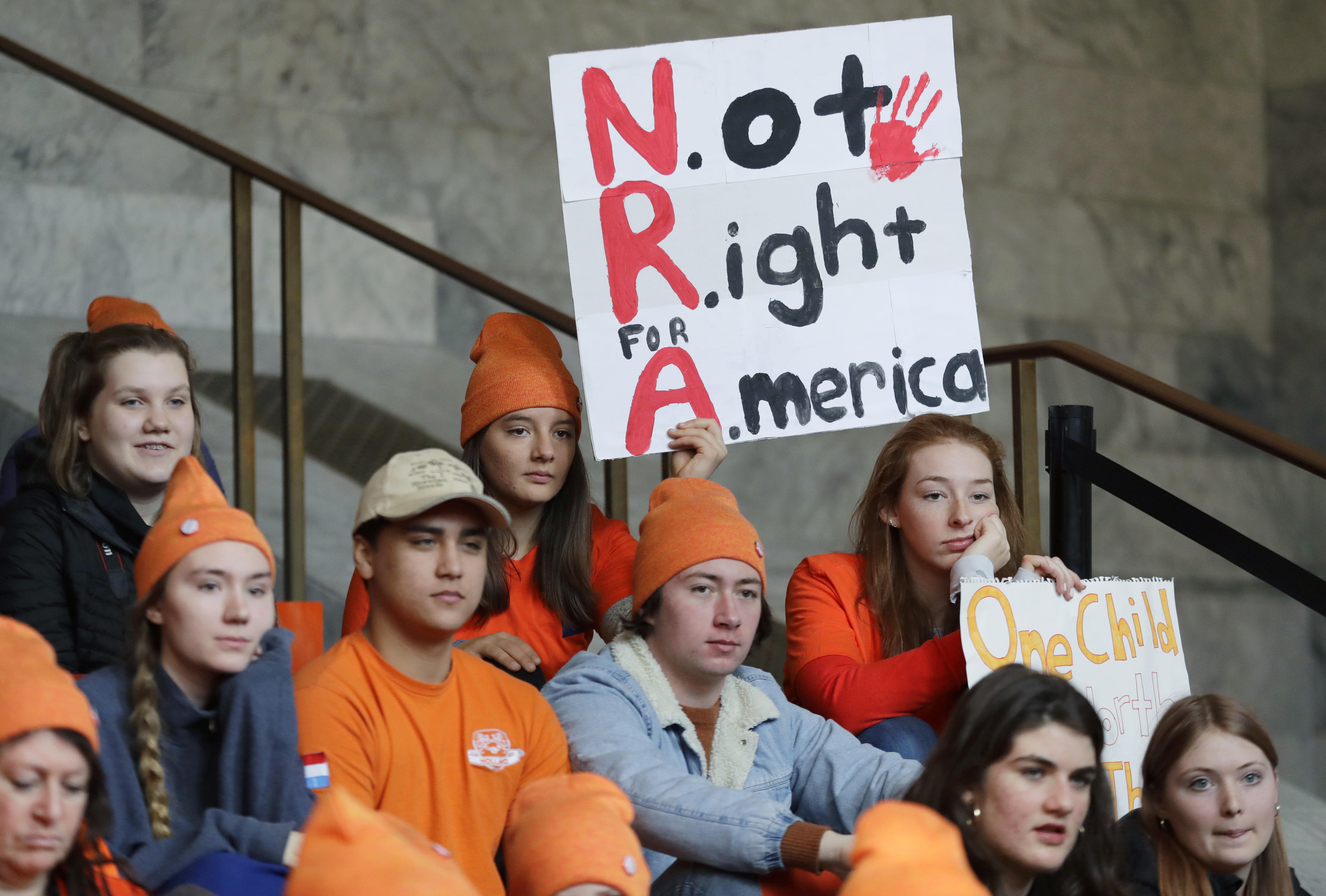 OLYMPIA, Wash. -- Spurred by last year's mass shooting in Las Vegas, Washington on Tuesday became the latest in a handful of states to ban trigger devices that allow semi-automatic rifles to fire more rapidly. Gov. Jay Inslee signed the ban on bump stocks, calling it a "commonsense piece of legislation."

"It will help save lives from mass gun violence," he said, surrounded by lawmakers and gun control advocates.

Washington is one of more than 20 states to introduce legislation seeking to ban the devices after the Oct. 1 shooting in Nevada -- the deadliest in modern U.S. history.

"There's nothing we can do to bring back those lost from gun violence. But as we've seen in Parkland, Las Vegas, Orlando, Sandy Hook and too many other locations whose names have become synonymous with tragedy, we cannot sit by and merely offer thoughts and prayers," Inslee said on Twitter.

Bans were previously passed by Massachusetts, New Jersey and the cities of Denver and Columbia, South Carolina, according to the National Conference of State Legislatures. Federal officials also are considering regulating or banning the devices.

California banned "multiburst trigger activators" in 1990, and last October the California Department of Justice issued an advisory to gun retailers saying bump stocks were illegal under that law. A bill has since been introduced in the Legislature there to specify the law would include bump stocks.

Using bump stocks, Stephen Paddock killed 58 people and injured hundreds more at a country music festival while firing from a window of the Mandalay Bay hotel-casino before killing himself.

Survivors and relatives of those killed testified in January about the Washington state bill. The new law makes it illegal for anyone in Washington to manufacture or sell bump stocks beginning July 1.

In July 2019, it will become illegal to own or possess a bump stock in the state. A provision of the bill also allows the Washington State Patrol to set up a yearlong "buy back" program for people who already own the devices.

Republican state Sen. Mike Padden, who voted against the measure, said he didn't think the state should have taken action while the federal government is evaluating bump stocks. "We all want to avoid killings in our state, I just don't know if banning that piece of plastic is going to do it," Padden said.

Several other gun measures introduced in the Washington Legislature this year have stalled, including banning most magazines that hold more than 10 rounds and mandating safe storage of firearms.

However, a bill that would enhance background checks on rifle purchases and raise the legal age to buy rifles to 21 was introduced and passed out of a Senate committee after the school shooting in Parkland, Florida, that killed 17 people.

The bill also creates a program for students and others to report concerns about dangerous activities via a mobile app and establishes emergency response systems for schools during a threat.

It's unclear whether the bill has enough support to come up for a vote on the Senate floor.

Before the bill signing by Inslee, dozens of students rallied in the Olympia Capitol, chanting "No more silence, end gun violence" and carrying signs reading: "Vote like Parkland is your land, Newtown is your town, and like Columbine is around the corner."

Inslee listed several sites of recent mass shootings, including Parkland, that are "synonymous with tragedy."

"We cannot sit idly by and take no action," he said. "We as leaders and lawmakers have to be judged by our actions and we need actions right now on this scourge."