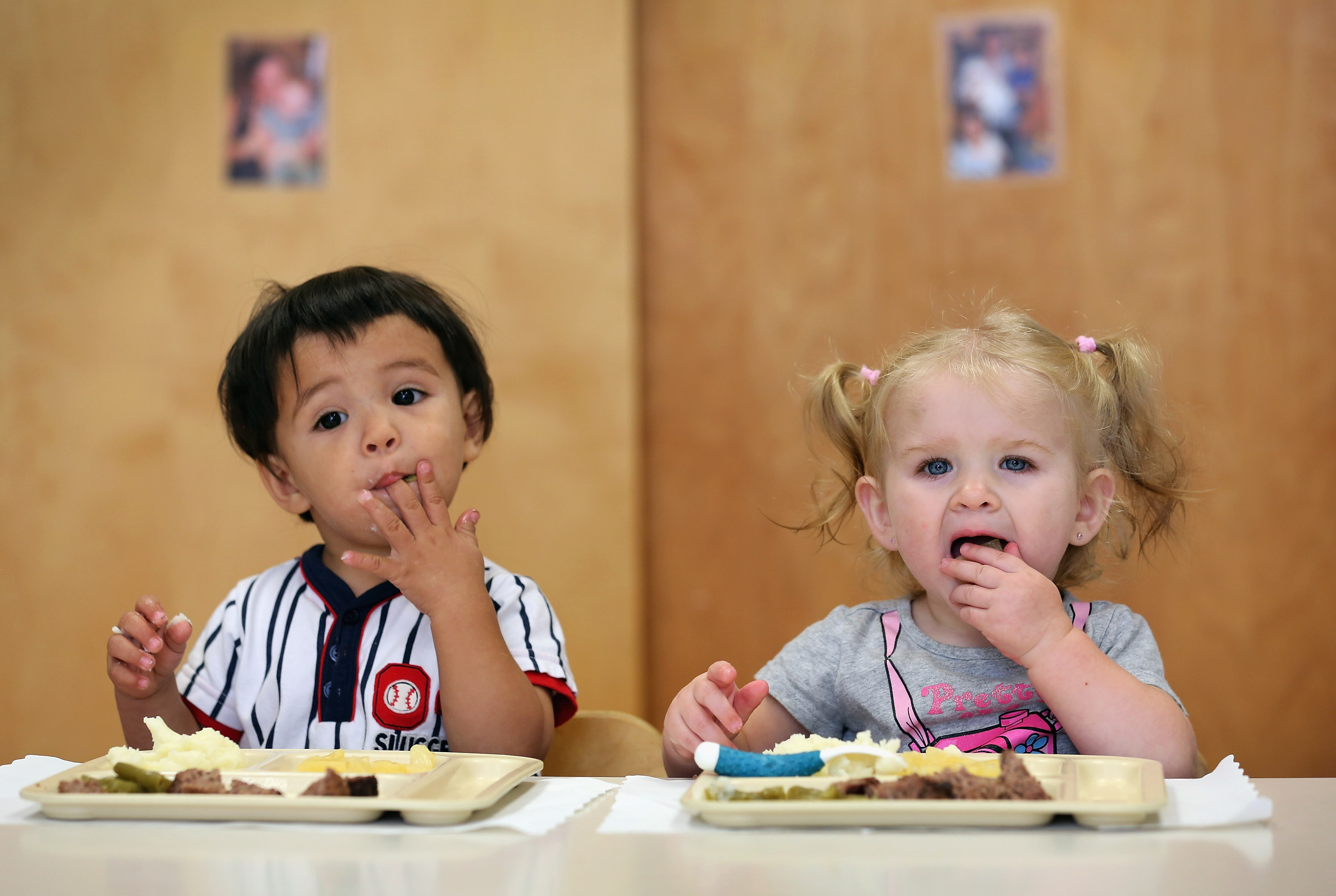 There may be some good news for kids complaining that their school lunches are unappetizing and leave them hungry.

U.S. regulators said on Thursday they were permanently relaxing school meal rules that were designed to combat childhood obesity by reining in calories and portion sizes.

The U.S. Department of Agriculture had initially loosened the rules in late 2012, suspending daily and weekly maximum amounts for grains and meat or meal alternatives. That allowed school districts to service larger portions without penalty.

"Earlier this school year, USDA made a commitment to school nutrition professionals that we would make the meat and grain flexibility permanent and provide needed stability for long-term planning. We have delivered on that promise," Kevin Concannon, USDA undersecretary for food, nutrition and consumer services, said in a statement.

The announcement was welcomed by North Dakota Republican Senator John Hoeven, who had introduced a bill with Arkansas Democratic Senator Mark Pryor to make the changes permanent.

"Today, the USDA made the permanent changes we have been seeking to the School Lunch Program," Hoeven said in a statement. "A one-size-fits-all approach to school lunch left students hungry and school districts frustrated with the additional expense, paperwork and nutritional research necessary to meet federal requirements. These are exactly the changes included in our Sensible School Lunch Act."

Some 31 million children in the United States receive free or low-cost school lunches and more than 10 million get free or discounted breakfasts. Schools are an important focus because they provide meals to many low-income students, considered to be often the most at risk for being overweight or obese.

The healthy lunch rules had initially been adopted in 2012 as part of a law designed to improve school breakfasts and lunches, called the Healthy Hunger-Free Kids Act of 2010. About $4.5 million was allocated in order to provide better food options at schools over the next decade.

The modifications were aimed at limiting fat and salt, reducing portion sizes and increasing fruit and vegetable servings. For kindergarteners through fifth graders, their meals were capped at 650 calories. Sixth through eighth graders were allowed 700 calories per meal, while high schoolers got 850.

However, some students complained that the meals weren’t filling, nor were they appetizing. Wallace County High School in Sharon Springs, Kan. created a video called “We Are Hungry,” which parodied Fun’s “We Are Young.” Students are seen pretending to faint from hunger and sneaking snacks to school in order not to starve during the day.

Other schools may have gone too far in lowering caloric content. The New York Times reported that New York City officials admitted that many of their meals were below the minimum calorie requirements, especially for older students.

Some schools announced in Aug. 2013 that they were leaving the National School Lunch Program, which pays schools for the meals they serve and sells them lower-priced items. They said many kids were opting not to skip lunch because they didn’t like the healthier options, leading to greater financial losses among other negative downsides.

"Some of the stuff we had to offer, they wouldn't eat," Catlin, Ill. Superintendent Gary Lewis told the Associated Press. "So you sit there and watch the kids, and you know they're hungry at the end of the day, and that led to some behavior and some lack of attentiveness."