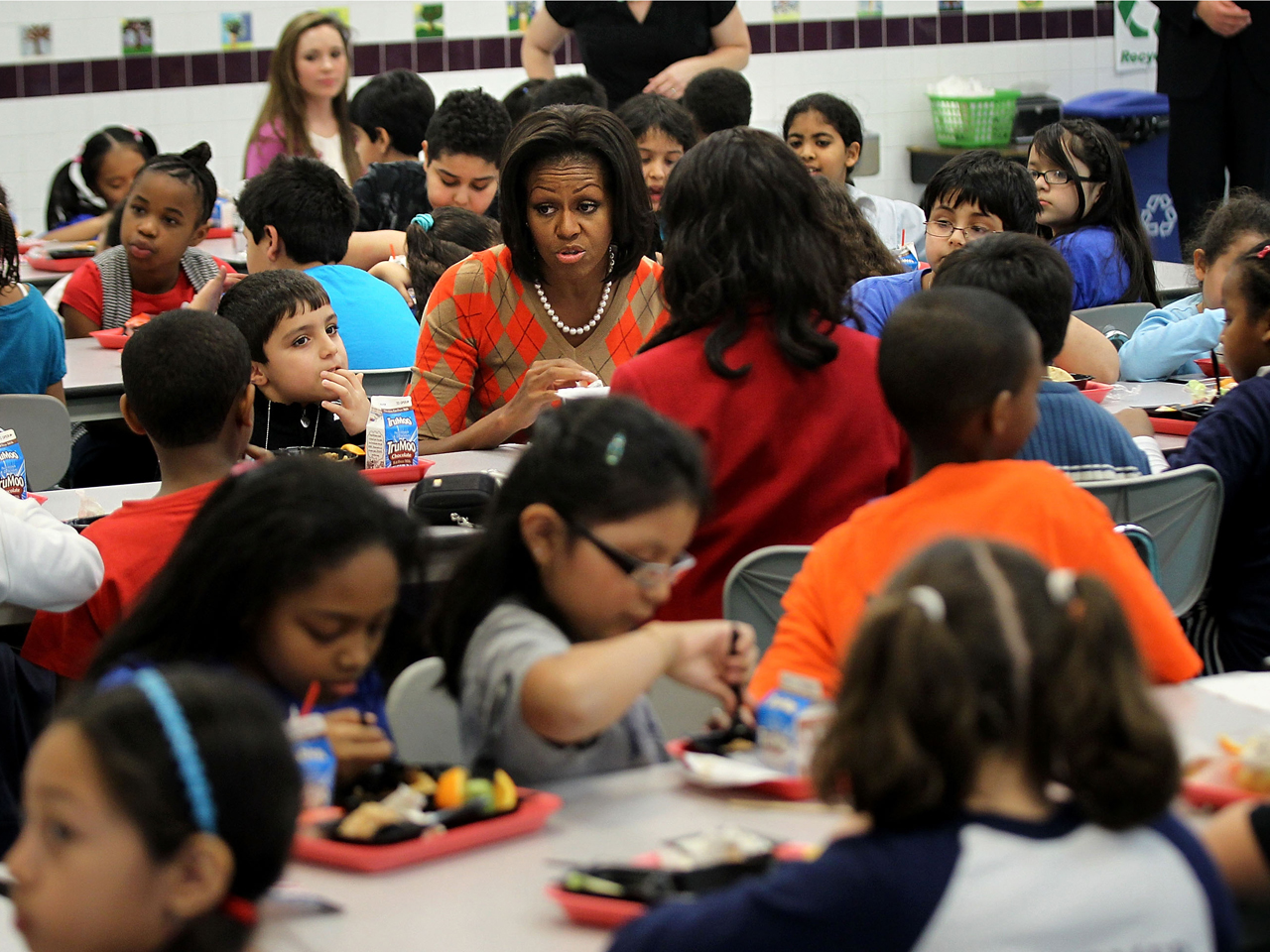 After just one year, some schools around the country are dropping out of the healthier new federal lunch program, complaining that so many students turned up their noses at meals packed with whole grains, fruits and vegetables that the cafeterias were losing money.

Federal officials say they don't have exact numbers but have seen isolated reports of schools cutting ties with the $11 billion National School Lunch Program, which reimburses schools for meals served and gives them access to lower-priced food.

Districts that rejected the program say the reimbursement was not enough to offset losses from students who began avoiding the lunch line and bringing food from home or, in some cases, going hungry.

"Some of the stuff we had to offer, they wouldn't eat," said Catlin, Ill., Superintendent Gary Lewis, whose district saw a 10 to 12 percent drop in lunch sales, translating to $30,000 lost under the program last year.

"So you sit there and watch the kids, and you know they're hungry at the end of the day, and that led to some behavior and some lack of attentiveness."

In upstate New York, a few districts have quit the program, including the Schenectady-area Burnt Hills Ballston Lake system, whose five lunchrooms ended the year $100,000 in the red.

Near Albany, Voorheesville Superintendent Teresa Thayer Snyder said her district lost $30,000 in the first three months. The program didn't even make it through the school year after students repeatedly complained about the small portions and apples and pears went from the tray to the trash untouched.

Districts that leave the program are free to develop their own guidelines. Voorheesville's chef began serving such dishes as salad topped with flank steak and crumbled cheese, pasta with chicken and mushrooms, and a panini with chicken, red peppers and cheese.

In Catlin, soups and fish sticks will return to the menu this year, and the hamburger lunch will come with yogurt and a banana - not one or the other, like last year.

Dr. Janey Thornton, deputy undersecretary for USDA's Food, Nutrition and Consumer Services, which oversees the program, said she is aware of reports of districts quitting but is still optimistic about the program's long-term prospects.

"Many of these children have never seen or tasted some of the fruits and vegetables that are being served before, and it takes a while to adapt and learn," she said.

The agency had not determined how many districts have dropped out, Thornton said, cautioning that "the numbers that have threatened to drop and the ones that actually have dropped are quite different."

The School Nutrition Association found that 1 percent of 521 district nutrition directors surveyed over the summer planned to drop out of the program in the 2013-14 school year and about 3 percent were considering the move.

Not every district can afford to quit. The National School Lunch Program provides cash reimbursements for each meal served: about $2.50 to $3 for free and reduced-priced meals and about 30 cents for full-price meals. That takes the option of quitting off the table for schools with large numbers of poor youngsters.

In December, the Agriculture Department, responding to complaints that kids weren't getting enough to eat, relaxed the 2-ounce-per-day limit on grains and meats while keeping the calorie limits.

At Wallace County High in Sharon Springs, Kan., football player Callahan Grund said the revision helped, but he and his friends still weren't thrilled by the calorie limits (750-850 for high school) when they had hours of calorie-burning practice after school. The idea of dropping the program has come up at board meetings, but the district is sticking with it for now.

"A lot of kids were resorting to going over to the convenience store across the block from school and kids were buying junk food," the 17-year-old said. "It was kind of ironic that we're downsizing the amount of food to cut down on obesity but kids are going and getting junk food to fill that hunger."

To make the point, Grund and his schoolmates starred last year in a music video parodyof the pop hit "We Are Young." Instead, they sang, "We Are Hungry."

It was funny, but Grund's mother, Chrysanne Grund, said her anxiety was not.

"I was quite literally panicked about how we would get enough food in these kids during the day," she said, "so we resorted to packing lunches most days."