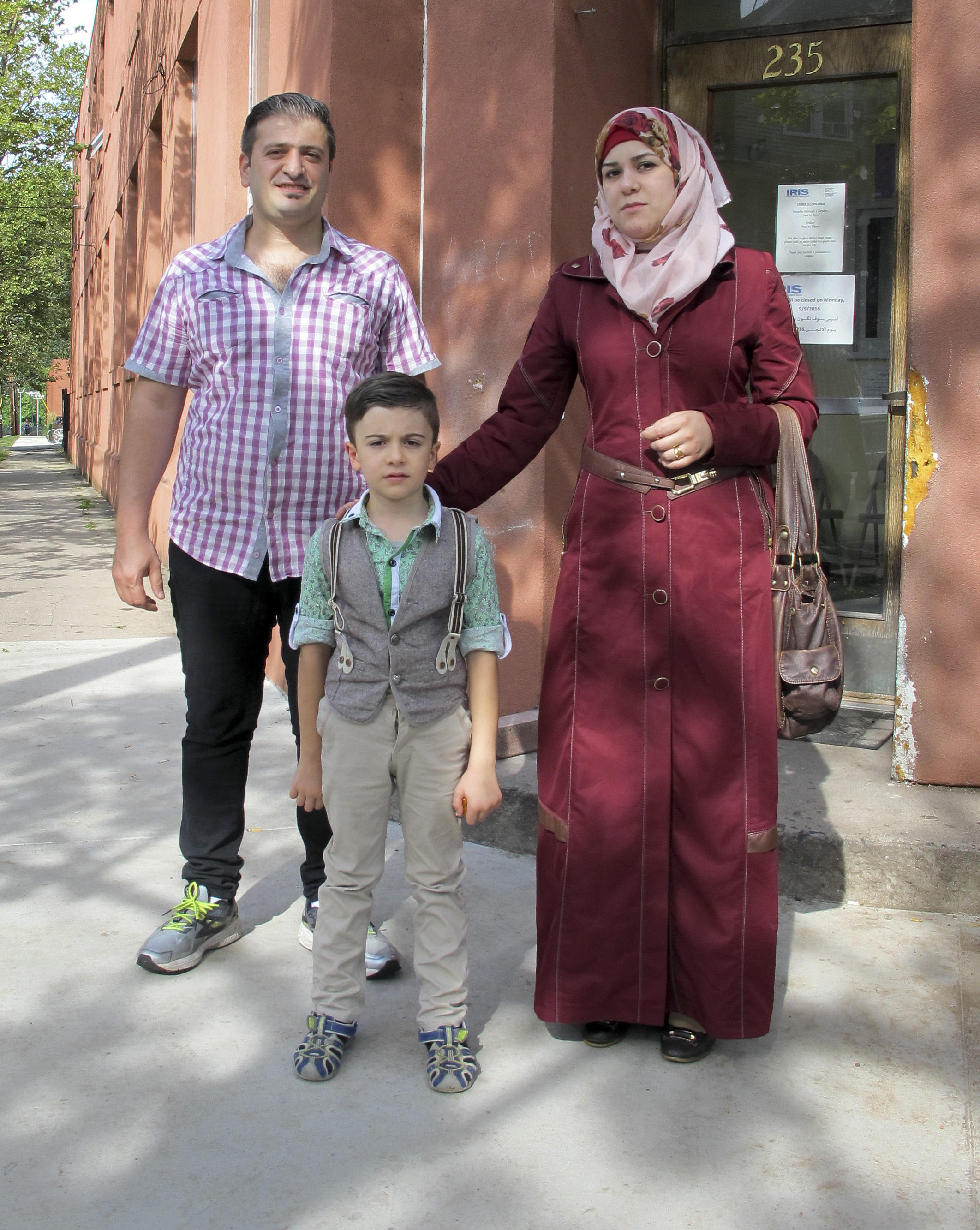 WASHINGTON - The United States will strive to take in 110,000 refugees from around the world in the coming year, a senior Obama administration official said Wednesday, in what would be a nearly 30 percent increase from the 85,000 allowed in over the previous year.

The increase reflects continuing concern about the refugee crisis stemming from Syria’s civil war and conflicts in Iraq and Afghanistan. Yet it’s still far short of what advocacy groups say is needed to address an unprecedented crisis that saw some 1 million people pour into Europe alone last year.

The official wasn’t authorized to discuss the numbers before an official announcement and spoke on condition of anonymity.

Secretary of State John Kerry had previously suggested that the U.S. target would climb to 100,000 in the coming year, but that the figure was a floor, not a ceiling. He briefed lawmakers on the revised figure on Tuesday.

The White House has tried to emphasize that the refugee program is safe and doesn’t pose a major threat to national security. That concern was heightened last year after terrorist attacks in European cities - including some connected to people who had spent time in Syria.

President Obama directed the U.S. to admit 10,000 Syrian refugees alone this year. It is unclear if that goal was met. The announcement of the refugee increase comes two weeks after the U.S. announced it had met President Obama’s goal. Millions of Syrians have been displaced by a civil war that has killed roughly half a million people.

Republican presidential nominee Donald Trump has said no Muslims​ -- which would presumably include all Syrians -- should be admitted. Hillary Clinton said last year she wants to see 65,000 Syrian refugees admitted​.

Officials said that potential refugees would continue to be subject a rigorous screening process that typically lasts more than a year and involves both in-person interviews and examination of biographical and biometric information.

Republican governors have pushed back vehemently​ and tried to refuse to let them into their states, leading to a clash with the administration, which has maintained that states can’t legally bar refugees who otherwise meet the criteria.

The administration did not release a breakdown of how many refugees would be accepted from specific countries in the coming year.

The U.S. has tried to encourage other countries, too, to increase their contribution to alleviating the refugee crisis. The official said increasing the U.S. target this year reflected that strategy and Obama’s belief that all nations need to do more to help the neediest.

As part of that effort, Obama plans to host a summit on refugee issues with world leaders next week during the U.N. General Assembly gathering in New York.

The refugee crisis has become a major political issue in Europe, where countries have been inundated by migrants after harrowing journeys that have killed scores. Concerns about refugees have played into the broader debate about immigration in Europe and were a major factor in Britain’s recent vote to leave the European Union.

The U.N. refugee agency chief, Filippo Grandi, said Tuesday that Europe needed to boost its efforts to take in people from places like Syria, Iraq and Afghanistan. In an Associated Press interview, he called it “one of the great challenges” of the future.

“There’s a time now to have this rational discussion,” he said.