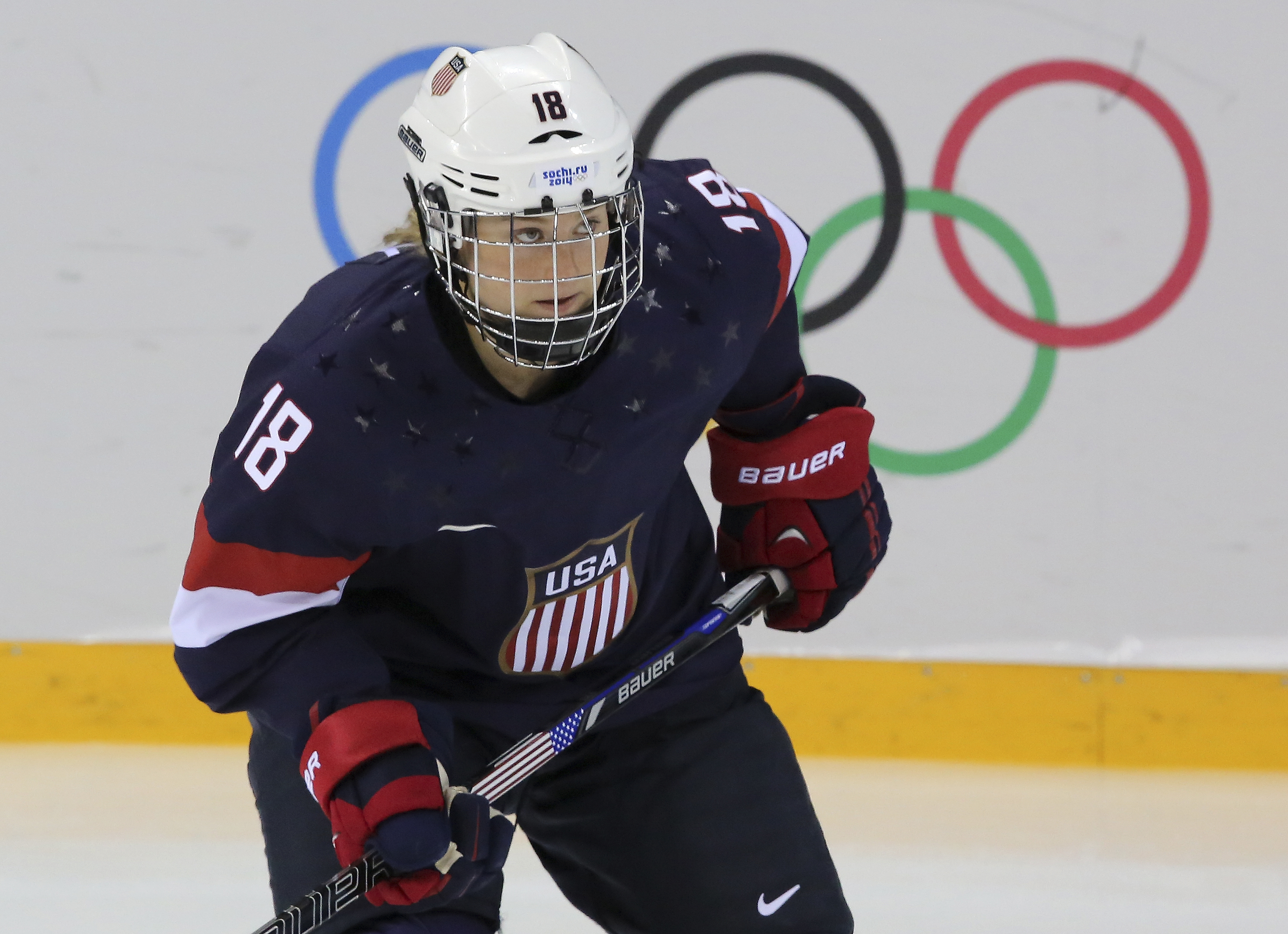 SOCHI, Russia -- Julie Chu remembers watching the U.S. Olympic women's hockey team win the gold medal at the Nagano Games in 1998, when she was in high school.

It would have been hard to believe that she would play for Team USA at the next four Winter Games.

It would have been even harder to believe that the Americans would still be searching for their second gold medal 16 years later.

"I've been fortunate to be able to play in three past Olympics," Chu said on Wednesday, a day before the United States will play Canada for the Olympic gold medal for the fourth time in five Winter Games. "But it's not time to think about what happened in the past or, for the younger players, what's going to happen in the future."

Four years after losing to Canada in the gold medal game, the U.S. forward is getting another chance - her fourth chance - at her first gold medal. She won silver in Salt Lake City, bronze in Turin and silver again in Vancouver. Each time, the Canadians won the gold.

U.S. forward Hilary Knight, who at age 20 was the youngest member of the Vancouver team, told CBS News before the Sochi Games that the players haven't forgotten 2010.

"It wasn't a great feeling and it's still a feeling that haunts a bunch of us today and it's definitely in the back of our minds that we don't want to feel that way again," Knight told CBS News.

The Canadians are in Thursday's match for the fifth time in a row with a chance to win their fourth straight Olympic championship, a string of dominance that first-time coach Kevin Dineen couldn't really fathom.

"Oh, boy. I haven't really looked at the big picture," the Canada coach said, nodding toward his team. "But there are a lot of people in there who have some pretty special jewelry collections."

Canada holds a 2-1 edge over the Americans in Olympic championship games, and it also beat them 3-2 in a preliminary round last week that the U.S. players took as a warning.

"Whenever film sessions run 30 minutes or longer, it's not the happiest moment," U.S. forward Monique Lamoureux said after the team's last full practice before the gold medal game. "I got called out, and a lot of people did. We took it to heart.

"After that, we felt a lot better because we know we can do better and we will do better."

The U.S. recovered for a 6-1 victory over Sweden in the semifinal to set up the expected gold medal rematch. Canada beat Switzerland 3-1.

Canada forward Marie-Philip Poulin said the team feels pressure to win but "it's a good pressure."

The teams moved from the temporary Shayba Arena to the larger Bolshoy Ice Dome next door for their final workouts Wednesday. Canada went first on the practice rink inside the 12,000-seat Ice Dome, where Sweden and Switzerland will play for the bronze medal Thursday afternoon before the championship.

"I don't get nervous. It's just another game," said Canada defenseman Jocelyne Larocque, who was one of the last players cut before the Vancouver Games four years ago. "You just focus on the present and not try to think like it's bigger than it really is."

The puck, the rink, the clock are all just like they always are.

"Everything is the same," she said, "other than it's for an Olympic gold medal."