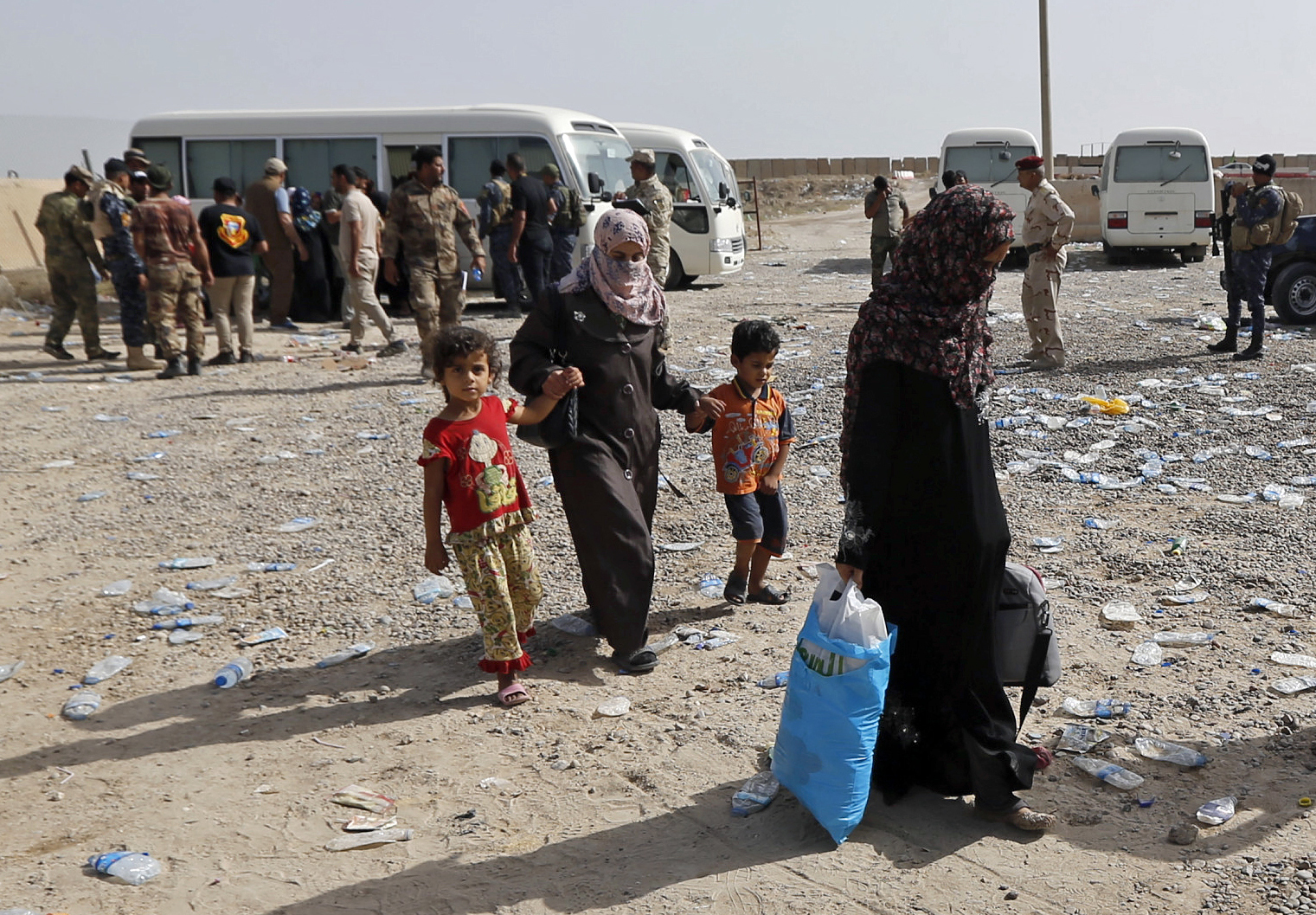 CBS News correspondent Charlie D'Agata has been with Iraqi troops for days, covering the fight for Fallujah from the front lines.

NEAR FALLUJAH, Iraq -- We cut through the dust to reach the southern outskirts of the city, where Iraqi Special Forces are holding the front line as they move slowly toward the city that has been held by Islamic State of Iraq and Syria (ISIS) militants for more than two years.

The Iraqis just cleared this area a few days ago and as we approach, a loud bang is testimony to the truth in their warning that the entire area is heavily mined with homemade bombs.

The man in charge of the overall operation against ISIS in Fallujah, Lt. Gen. Abdel Wahab al Saadi, was more relaxed than we were.

He said after days of fierce fighting his elite, U.S.-trained forces are now on the verge of entering the main city. He told us the biggest factor in the advance on the battlefield thus far has been American airstrikes.

"It's very, very important," stressed Saadi. As we're speaking, the loud boom of another round of U.S. strikes on ISIS targets rattles the ground.

But it's going to get harder to rely on those punishing airstrikes as pro-government forces close in on the sprawling city. Tens of thousands of civilians remain trapped inside Fallujah.

When the Iraqi forces get in, the fighting will be street by street, and Sgt. Dafer Farhan Kaib says it will be an all-or-nothing fight.

"When you go inside you have two choices; you kill him or he kills you," Kaib said.

Iraqi commanders have told CBS News that ISIS fighters are targeting civilians who try to flee the fighting, and aid agencies here say a number of civilians have been killed.

The Norwegian Refugee Council (NRC), which runs camps for refugees just across the Euphrates River from Fallujah, said Monday that an estimated 50,000 civilians remain trapped in the city, and an unconfirmed number have been killed trying to flee.

"Our biggest fears are now tragically confirmed with civilians being directly targeted while trying to flee to safety," said NRC Country Director in Iraq Nasr Muflahi. "This is the worst that we feared would happen to innocent men, women and children who have had to leave everything behind in order to save their lives."