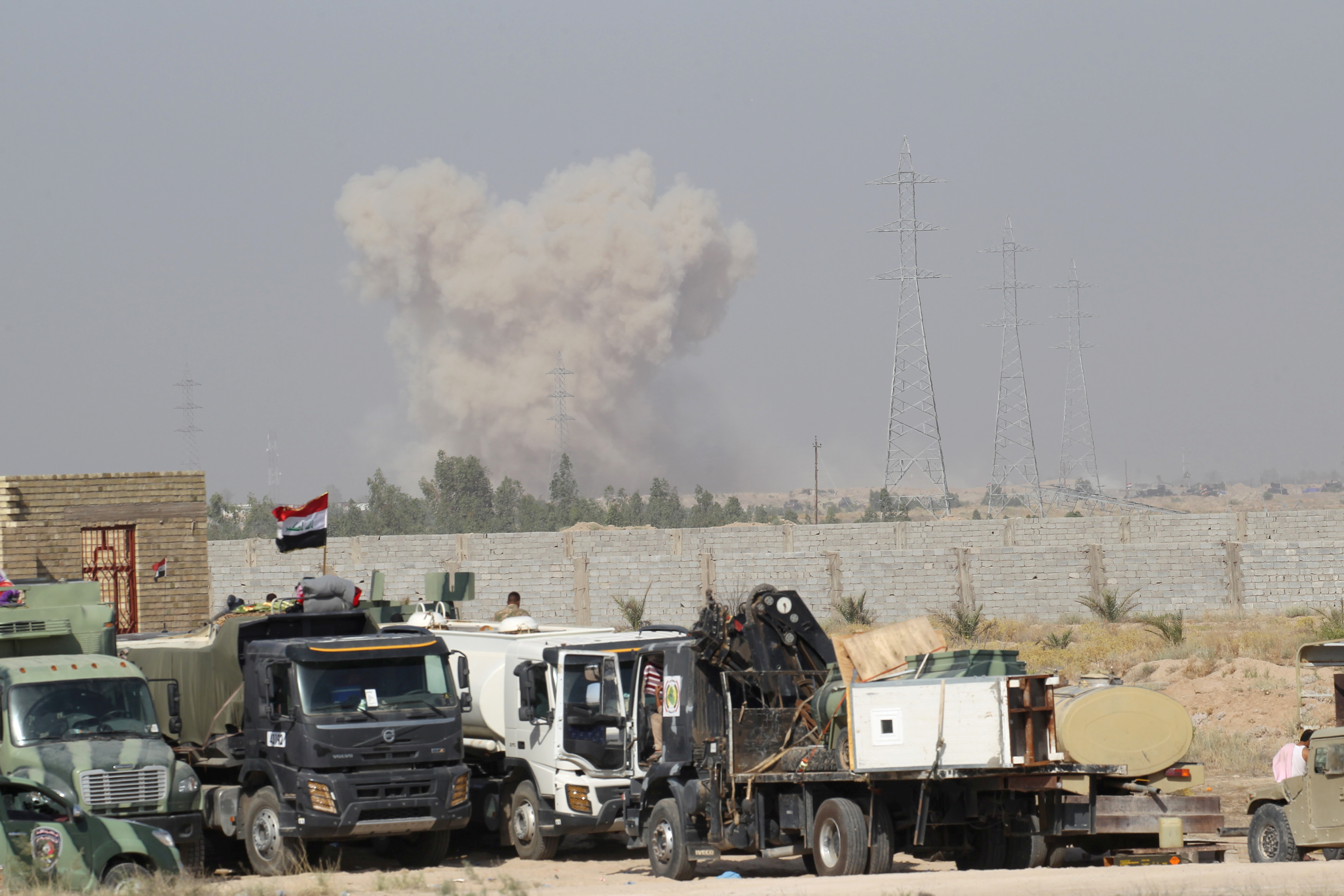 BAGHDAD -- The U.N. children's fund on Wednesday issued a stark warning to Iraqi troops and Islamic State of Iraq and Syria (ISIS) militants in the battle for Fallujah to spare the children, the most vulnerable among the tens of thousands of civilians who remain trapped by the fighting for control of this city west of Baghdad.

Backed by aerial support from the U.S.-led coalition and paramilitary forces mainly made up of Shiite militias, Iraqi government troops more than a week ago launched a military operation to recapture Fallujah, which has been under control of the extremist group for more than two years.

As the battled unfolds - with Iraqi forces this week pushing into the city's southern sections after securing surrounding towns and villages - more than 50,000 people are believed trapped inside the Sunni majority city, about 40 miles west of Baghdad.

UNICEF estimated the number of the children trapped with their families inside the city at about 20,000, warning that they face a dire humanitarian situation, in addition to the risk of forced recruitment into the fighting by the IS militants.

The children face the possibility of being forced into the fighting and of separation from their families, the Reuters news agency quotes the organization as observing. "Iraqi security forces operating in Falluja separate systematically men and boys over 12 from the families to probe possible links" with ISIS, Reuters says.

"Children who are forcibly recruited into the fighting see their lives and futures jeopardized as they are forced to carry and use arms, fighting an adults' war," the organization said in a statement. It called on "all parties to protect children inside Fallujah" and "provide safe passage to those wishing to leave the city."

Fallujah was the first large city in Iraq to fall to ISIS and is the last major urban area controlled by the extremist group in western Iraq. The Sunni-led militants still control the country's second-largest city, Mosul, in the north, as well as smaller towns and patches of territory in the country's west and north.

The fight for Fallujah is expected to be protracted, because the ISIS has had more than two years to dig in. Hidden bombs are believed to be strewn throughout the city, and the presence of trapped civilians will limit the use of supporting airstrikes.

ISIS fighters carried out fierce overnight attacks against the Iraqi forces that penetrated several hundred yards into a neighborhood south of Fallujah in an effort to stop any further advances into the city. The attacks were proving successful in stopping the Iraqi army's advance.