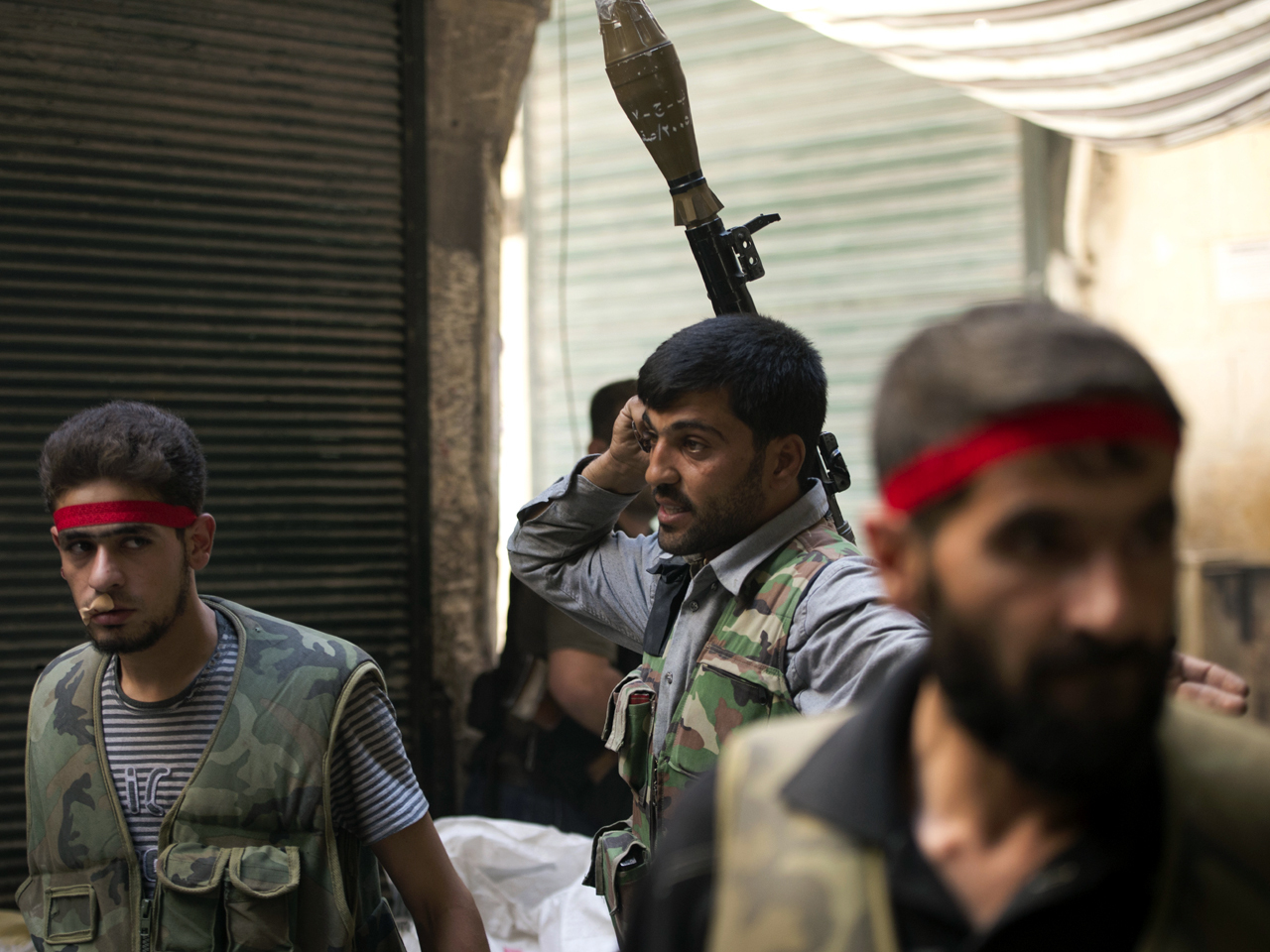 NEW YORK The Obama administration moved Friday to rally Syria's opposition with pledges of $45 million in new non-lethal and humanitarian assistance as the administration and other world leaders lamented the failure of diplomatic efforts to push Syrian President Bashar Assad from power.

Secretary of State Hillary Rodham Clinton said the U.S. would contribute an additional $15 million in non-lethal gear — mostly communications equipment — to the civilian opposition trying to oust Assad as well as $30 million in new humanitarian assistance to help those affected by the continuing violence.

The meeting was co-chaired by the Arab League. League Secretary General Nabil Elaraby lamented the U.N.'s inability to demand that the Geneva plan be implemented by threatening sanctions against those who would not abide by it.

"All of our efforts up to now have led to failures," he said. "We have not managed to change the situation."

Clinton also delivered a new, stark warning to Iran that it must stop arming and supporting the Assad regime.

"It is no secret that our attempts to move forward at the U.N. Security Council have been blocked repeatedly, but the United States is not waiting," Clinton said as she announced the new aid at a gathering of the Friends of Syria group that she hosted at a New York hotel on the sidelines of the UN General Assembly. She and other foreign ministers from the group met with nine Syrian opposition figures, including several who traveled from Syria to attend Friday's session, to discuss strategy.

With U.N. action blocked by Russia and China, Clinton said the rest of the world must support the Syrian opposition. She also said it was urgent that the fractured foes of the regime unite around plans for a political transition that could put an end to more than three decades of Assad family rule. Activists say the current 18-month long conflict has led to more than 30,000 deaths.

"Conditions in Syria continue to deteriorate as the Assad regime relentlessly wages war on its own people," Clinton said. "We see more bodies filling hospitals and morgues and we see more refugees fleeing their homeland and flooding into neighboring countries. The regime of Bashar al-Assad must come to an end so that the suffering of the Syrian people can stop and a new dawn can begin."

In Washington, Defense Secretary Leon Panetta said new intelligence suggested the Syrian government has moved some of its chemical weapons in order to protect them, even though the U.S. believes that the main sites remain secure.

The new U.S. humanitarian assistance — which brings America's total humanitarian contribution to more than $130 million since the crisis began — will include food, water, blankets and medical services to victims of the violence. U.S. officials said on Thursday that an earlier shipment of medical goods provided by USAID had just arrived in southern Syria. The officials would not provide details of how the aid made it into Syrian territory.

The additional non-lethal support brings the total U.S. contribution in that area to nearly $40 million since the crisis began and includes 1,100 sets of communications equipment, including satellite-linked computers, telephones and cameras and training for more than 1,000 activists, students and independent journalists.

"We are working to help them strengthen their networks, avoid regime persecution and document human rights abuses," Clinton said. The U.S. is not providing military aid to the rebels although it acknowledges that other countries are.

Clinton's announcement came as fighting intensified in Syria's largest city, Aleppo, with the most widespread battles reported in three months in the city of 3 million people as rebel forces launched a new offensive against Assad.

Despite some battleground success, there have been complaints that the opposition is hopelessly splintered and unable to coalesce around a transition plan that was adopted by members of the U.N. Security Council in Geneva over the summer. Friday's meeting was intended in part to encourage better cooperation among Assad's foes.

"It is encouraging to see some progress toward greater opposition unity, but we all know there is more work to be done," Clinton said. U.S. officials have noted that revolutionary councils in cities including Damascus, Homs, Aleppo, Idlib and Deir al-Zour were becoming increasingly organized.

Members of local groups from across Syria and representatives of the exile group, the Syrian National Council — including its head, Abdulbaset Sieda — attended the meeting. But U.S. officials declined to name others taking part or let them be photographed, saying that doing so would risk putting those opponents of Assad in danger of reprisals.

Neither Russia nor China, which have vetoed three Western-backed resolutions aimed at pressuring Assad to end the violence and enter negotiations on a political transition, were invited to Friday's meeting.

Russian Foreign Minister Sergey Lavrov — who was to address the General Assembly on Friday — has accused the U.S. and other countries of encouraging terrorism in their stance on Syria.

However, Clinton told the meeting that the greatest threat to Syria, other than the Assad regime itself was Iran.

"Let's be very frank here," she said. "The regime's most important lifeline is Iran."

"There is no longer any doubt that Tehran will do whatever it takes to protect its proxy and crony in Damascus. Iran will do everything it can to evade international sanctions," Clinton said. She urged Syria's neighbors to take extra steps to ensure that Iran is not smuggling weapons and materiel into Syria through their airspace or territory.