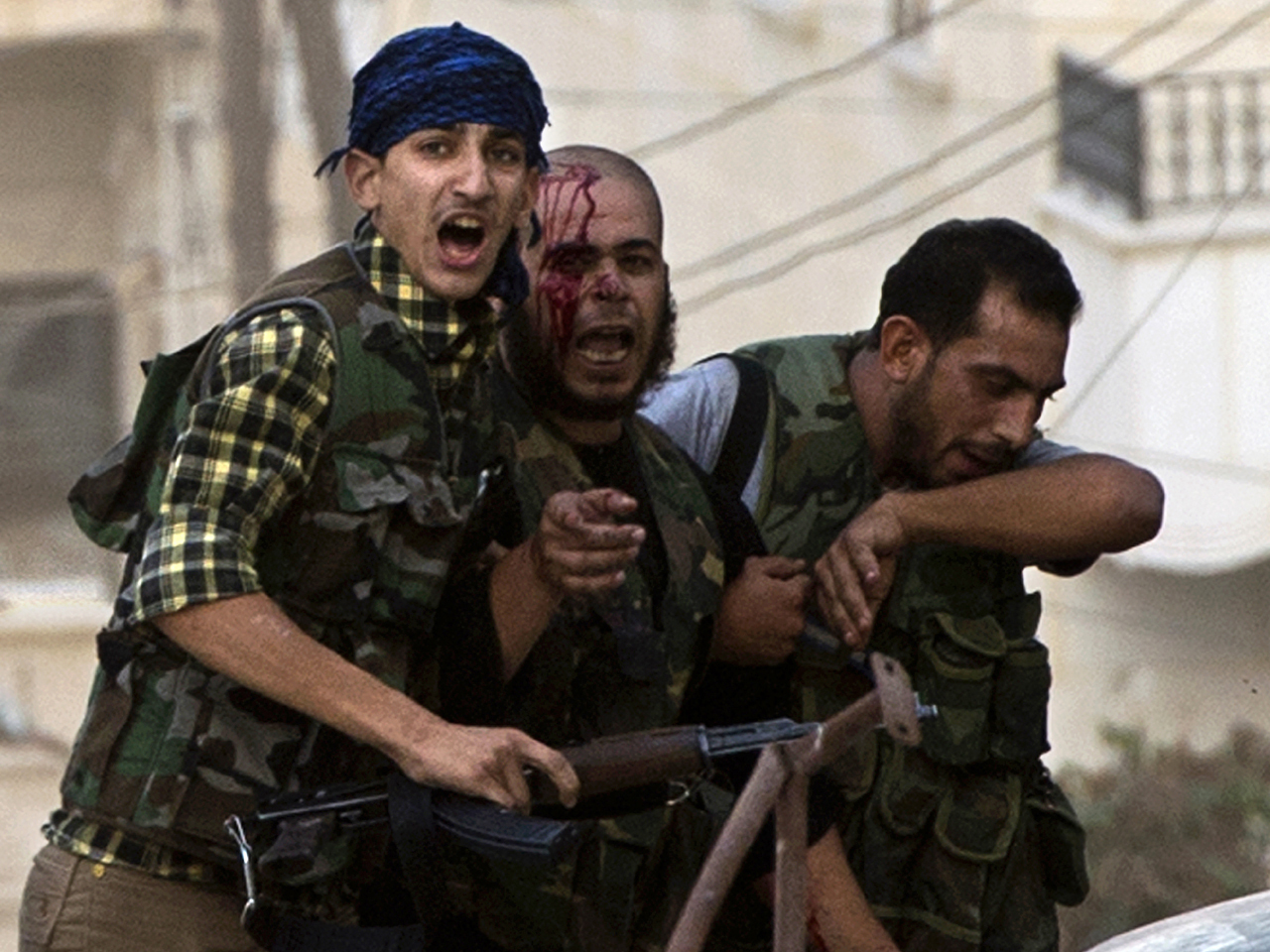 The city of 3 million, once a bastion of support for Assad, has emerged as a key battleground in Syria's civil war. Its fall would give the opposition a major strategic victory with a stronghold in the north near the Turkish border. A rebel defeat, at the very least, would buy the regime more time.

Activists reported some of the fiercest clashes yet between rebels and government forces in Aleppo, where the two sides have been stalemated for weeks.

The panel led by Brazilian professor Paulo Sergio Pinheiro has blamed Syria's government forces for the majority of serious abuses since the uprising began in March 2011.

The panel's mandate was due to expire at the end of the month. Members of the 47-nation Human Rights Council on Friday voted 41 to three in favor of a resolution put forward by Arab states. Three countries abstained. Russia, China and Cuba opposed the resolution.

Fighters from the main rebel group known as the Free Syrian Army began a new push to drive regime forces from their strongholds Aleppo, Syria's commercial capital on Thursday, calling it the "Decisive Battle," activists said.

The Syrian military sent text messages on cellular telephones to members of the armed rebellion, and thousands of other Syrians, reading: "Game over."

Aleppo had been relatively quiet until rebels stormed parts of it in late July. Neither side has been able to deliver a decisive blow, despite sporadic clashes.

"The city is witnessing one of the most violent days. All fronts are on fire," said Aleppo-based activist Baraa al-Halabi. He said clashes had broken out in neighborhoods including Midan, old Aleppo, Maysaloun, Azamiyeh, Salaheddine, Seif al-Dawla and Sheikh Maksoud.

Some activists and rebels said that members of the Kurdistan Workers' Party, or PKK, which for decades had close ties with the Syrian government, were participating in the Aleppo battles for the first time since the uprising against Assad's regime began in March last year.

Al-Halabi said some of the heaviest battles were taking place in a predominantly Kurdish area of Sheikh Maksoud where PKK fighters were fighting alongside regime forces. The major rebel group in the city — the Tawhid Brigade — said on its Facebook page that its members had entered the neighborhood and fought with PKK gunmen there.

However, another Aleppo-based activist, Mohammed Saeed, said PKK fighters withdrew shortly after the fighting began without taking part in the battle.

Meanwhile, state-run Syrian TV says government troops repulsed an attack on the neighborhood with the help of its residents.

Rami Abdul-Rahman, who heads the Britain-based Syrian Observatory for Human Rights, said the pro-government gunmen in Sheikh Maksoud are local Syrians known as "Mardiliyeh" — a clan known to support the regime.

The reports could not be independently confirmed because the government has imposed tight restrictions on the media.

In July, government forces withdrew from Kurdish areas in northeastern Syria and were quickly replaced by Kurdish fighters from the Kurdish Democratic Union Party, or PYD. The group is affiliated with the PKK, rebels fighting for autonomy in the Kurdish-dominated southeast region of Turkey. The PKK maintains bases in northern Iraq from where they launch hit-and-run attacks on Turkish targets.

Both groups also reported some fighting between rebels and troops in and near the Palestinian refugee camp of Yarmouk.

When Syria's unrest began, the country's half-million Palestinians at first struggled to stay on the sidelines. But in recent months, young Palestinian refugees — enraged by mounting violence and moved by Arab Spring calls for greater freedoms — have been taking to the streets and even joining the rebels.