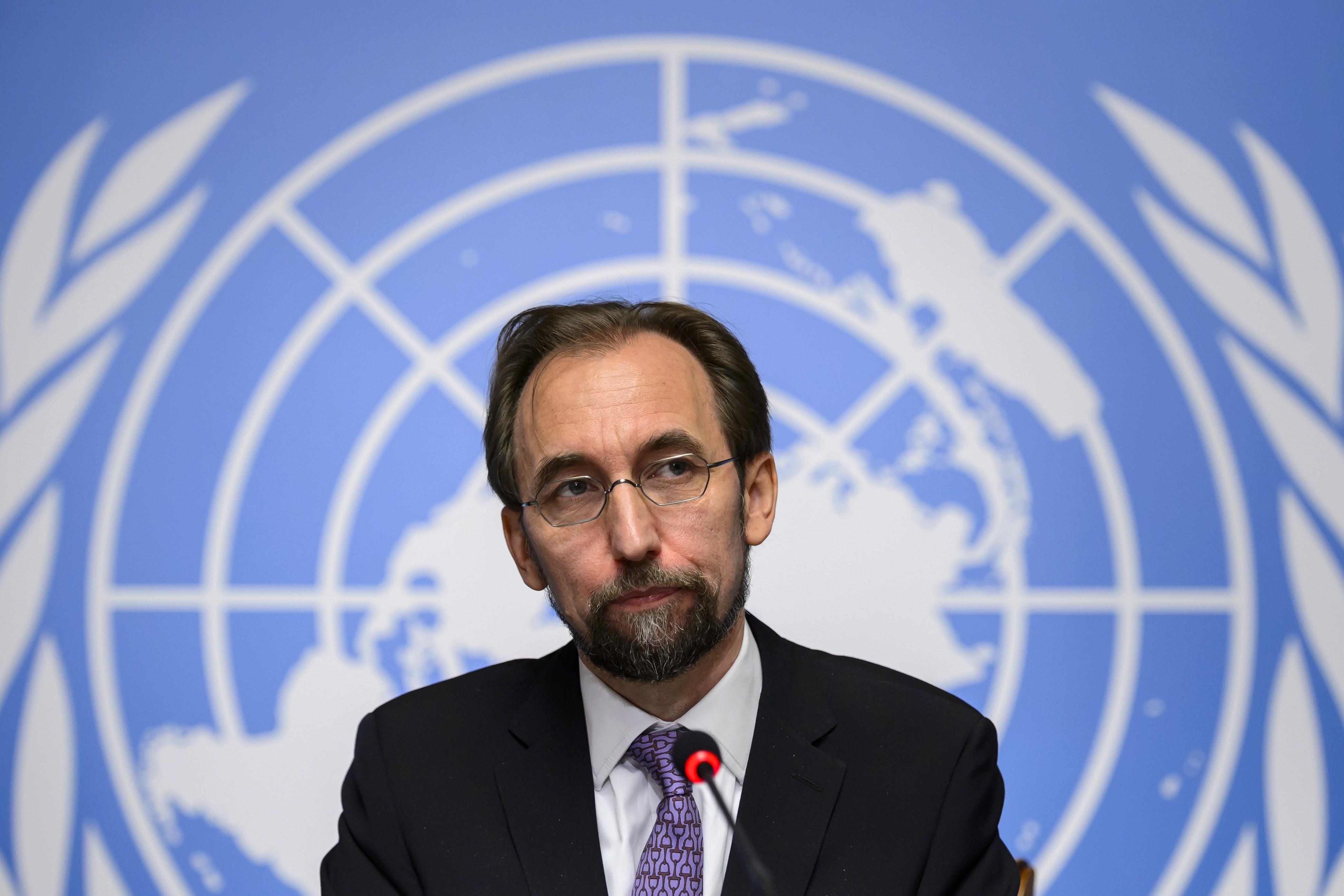 In exceptionally strong terms, and with far-right groups on the rise​ in the wake of extremist attacks, Zeid Ra’ad al-Hussein warned Monday about the “banalization of bigotry” in Europe and the U.S. by populists who allude back to “a fictional halcyon past” and oversimplify messages with sound bites and Tweets.

Zeid, the son of a Jordanian prince and Swedish-born mother who often goes by his first name, focused mainly on Wilders in the speech at a gala dinner organized by the Hague-based Peace, Justice and Security Foundation. But Zeid also lumped in others, including Trump, Prime Minister Viktor Orban​ of Hungary, French far-right leader Marine Le Pen​, and Nigel Farage​ (who recently appeared on-stage with Trump​), a former leader of Britain’s main anti-immigration party.

“Make no mistake, I certainly do not equate the actions of nationalist demagogues with those of Daesh, which are monstrous, sickening; Daesh must be brought to justice,” Zeid said, using the Arabic-language acronym for the Islamic State of Iraq and Syria. “But in its mode of communication, its use of half-truths and oversimplification, the propaganda of Daesh uses tactics similar to those of the populists.”

“And both sides of this equation benefit from each other -- indeed would not expand in influence without each others’ actions,” he added.

Wilders recently presented a one-page manifesto ahead of Dutch elections scheduled for March calling for a halt to all asylum seekers entering the country, a ban on immigrants from Muslim nations, closing all mosques and Islamic schools, and outlawing the Quran. Zeid called the manifesto “grotesque” and urged the audience “to speak out and up” against demagogues.

In a text message responding to AP requests for a reaction to the speech, Wilders wrote: “Another good reason to get rid of the U.N. I lost my freedom in my fight for freedom, and I don’t want my country to lose its freedom as well. That’s why we have to de-Islamize. Islam and freedom are incompatible whatever this Jordanian bureaucrat says.”

Wilders has lived for years with round-the-clock protection because of threats against him.

Zeid decried a “formula” used by the demagogues: “make people, already nervous, feel terrible, and then emphasize it’s all because of a group, lying within, foreign and menacing.”

“Then make your target audience feel good by offering up what is a fantasy to them, but a horrendous injustice to others.  Inflame and quench, repeat many times over, until anxiety has been hardened into hatred,” he said.

With high-minded language, Zeid used words to fight words that he considers harmful and discriminatory.

“We hear of accelerating discrimination in workplaces. Children are being shamed and shunned for their ethnic and religious origins” and being told “they are not ‘really’ European,” Zeid said. “Entire communities are being smeared with suspicion of collusion with terrorists.”

The speech drew a standing ovation from the crowd, which included Hollywood star Sharon Stone.