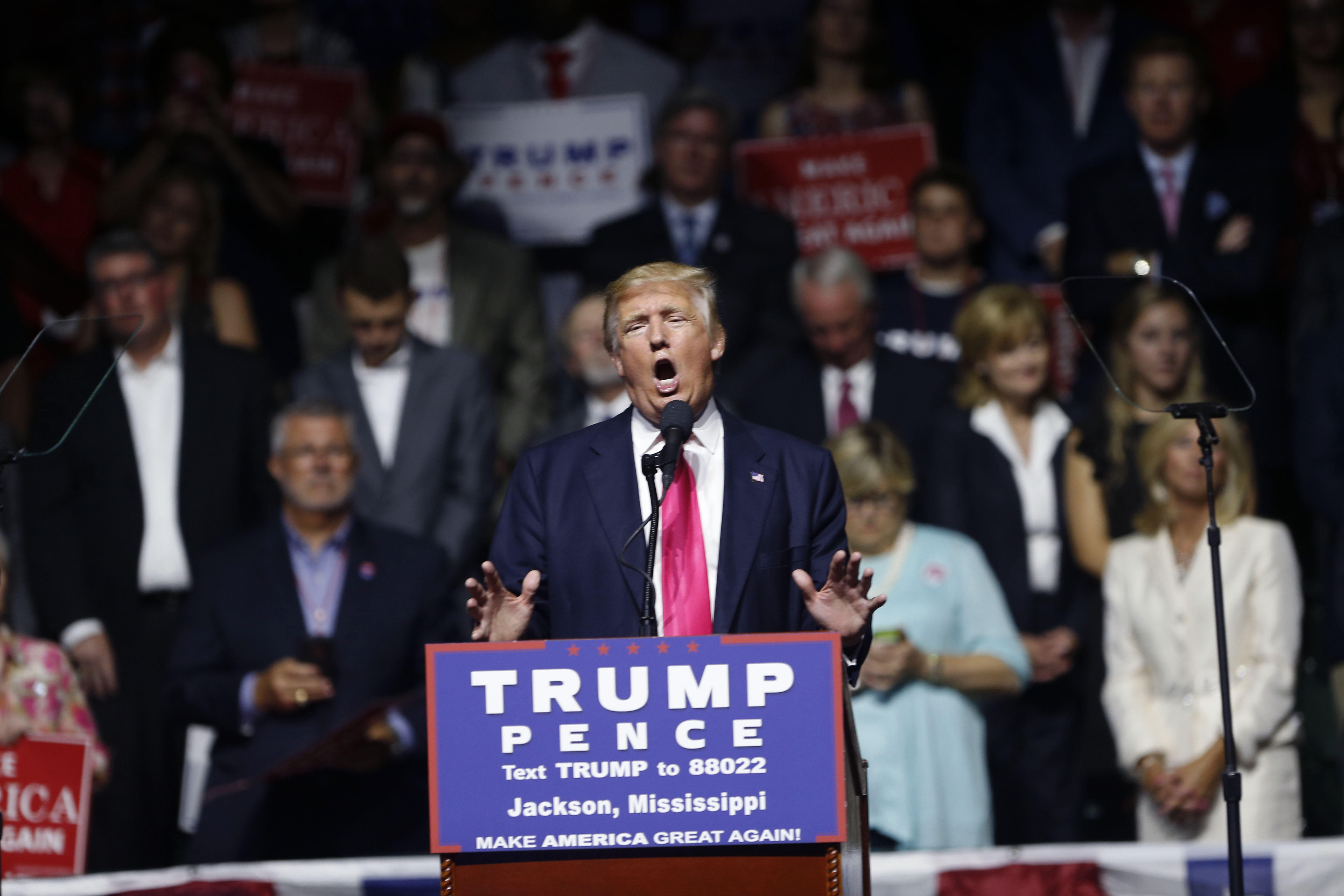 Donald Trump is taking name calling to a new level. At a rally in Jackson, Mississippi, Trump called rival Hillary Clinton a “bigot,” and accused the Democratic Party of using minority communities to garner votes.

“Hillary Clinton is a bigot... who sees people of color only as votes,” Trump told the largely white audience in a state where he is heavily favored. Trump also continued his push for minority support, reports CBS News correspondent Major Garrett.

“It’s time to give the Democrats some competition for African American votes and for Hispanic votes,” Trump said.

“Donald Trump has shown us who he is and we ought to believe him,” Clinton told CNN’s Anderson Cooper in a phone interview. “He’s taken a hate movement mainstream, he’s brought it into his campaign.”

“I wouldn’t vote for Hillary Clinton if you paid me,” Farage said.

Mississippi is conservative, rural and skeptical of globalization, much like the part of Britain that voted to leave the European Union. Farage’s long-shot Brexit campaign was accused of amplifying hidden anxiety over refugee flows and immigration. He urged Trump supporters galvanized by many of the same issues to ignore the polls and the elites.

“And remember, anything is possible if enough decent people are prepared to stand up against the establishment,” Farage said.

Many supporters see Trumps’s outsider campaign as the only way to change a system they view as corrupt, indifferent or both, just as many voters Nigel Farage found in Britain did. Trump picked up the theme and echoed the Brexit complaints about distorted immigration priorities.

“Why do our leaders spend so much time talking about how to help people here illegally?” Trump asked.

But Trump’s own approach to deporting undocumented immigrants -- once a guarantee -- continues to be a mushy muddle.