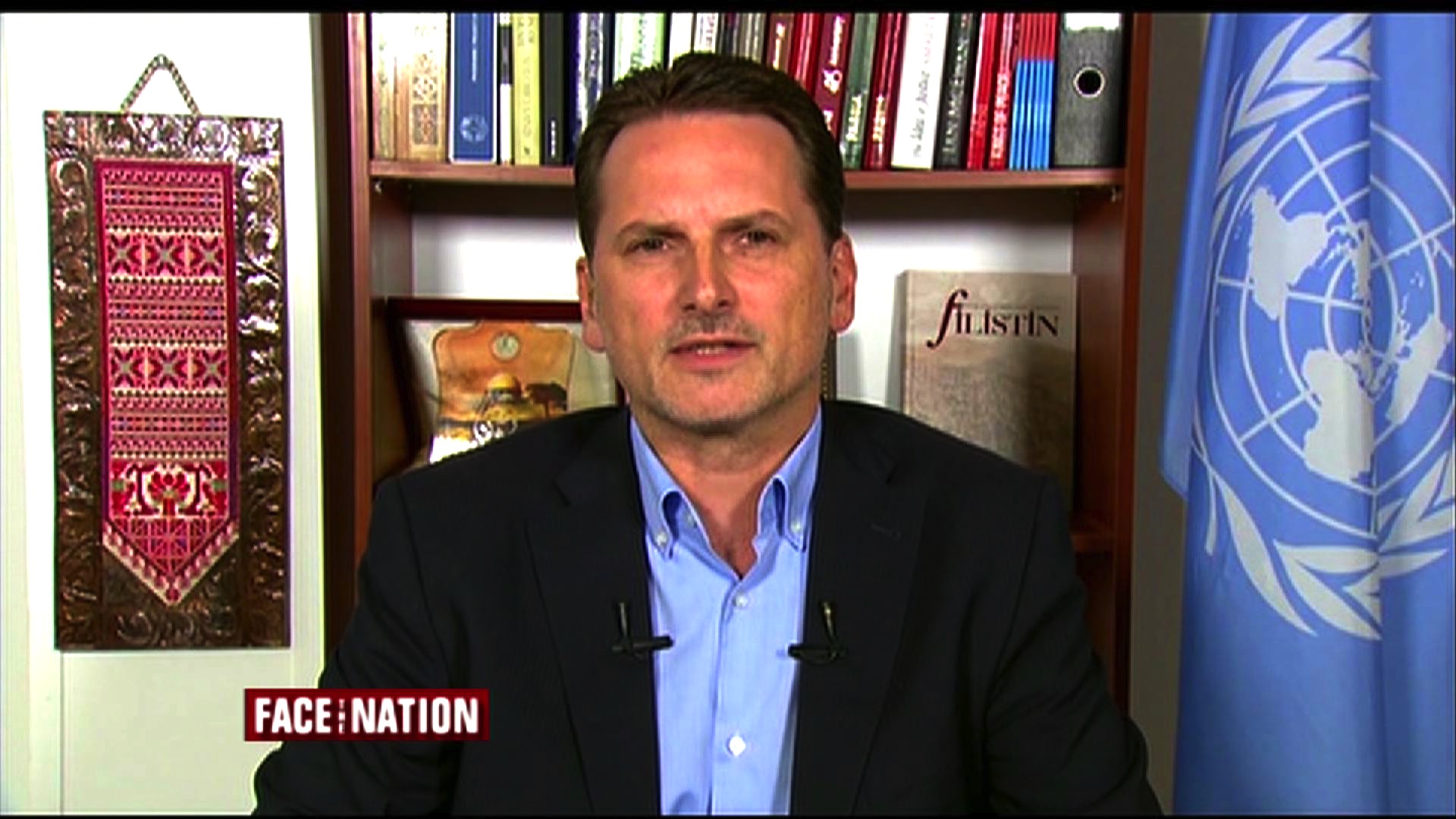 The head of a United Nations agency that aids Palestinian refugees said Sunday that the Israeli Defense Force (IDF) was taking "insufficient measures" to prevent civilian deaths in Gaza during its war with Hamas.

"If you look at the extent of the damage, the extent of the physical destruction but also the extent of the loss of human life...there is no doubt in my mind whatsoever that insufficient measures of precaution and control and protection are being taken, including by the Israeli Defense Force, when engaging in Gaza," Pierre Krahenbuhl, the commissioner general of the United Nations Relief and Works Agency (UNRWA), said in an interview on CBS' "Face the Nation."

Asked about Israel's claims that Hamas uses civilians as human shields, Krahenbuhl said there are "certainly behaviors that expose the population on the ground" because Hamas operates from densely populated civilian areas. He said both armed forces are bound by the rules of international law.

He also said that weapons caches had been found in UNRWA facilities, which the agency condemns "unreservedly." But Krahenbuhl said that still does not justify attacks that have hit his agency's buildings.

"Nobody can suggest that because weapons are found in one premise that it can be in any sense a justification for shelling other schools and endangering the lives of displaced people in the middle of a war zone," he said. "This is very clear on international law, that these are premises that are protected, the sanctity of which has to be respected by all parties."

His comments come in the wake of an airstrike near the entrance of a U.N. school that killed 10 people. The school was serving as a shelter for 3,000 displaced Palestinians.

"This is of course another incident that generates both shock and disbelief," he said.

The IDF has said it is investigating the incident and did not offer comment.

"Israel cannot have a proportional response if people are flying rockets at their citizens. Can you imagine if one of the contiguous countries to America were firing rockets at America? The same people who are criticizing the Israelis would be going crazy, demanding the president does more," Bloomberg said. "Unfortunately, if Hamas hides among the innocent, the innocent are going to get killed because Israel just does not have any choice but to stop people firing, Hamas firing rockets at their citizens. They have a right to defend themselves, and America would do exactly the same thing."

The White House has become increasingly critical of Israel in recent days for the mounting civilian casualties. Alongside Bloomberg, White House senior advisor Valerie Jarrett said Israel "absolutely has the right to defend itself and we are Israel's staunchest ally, but you also can't condone the killing of all these innocent children."

She said Secretary of State John Kerry will continue his attempts to help bring the conflict to a close.

That may be an insurmountable task, Bloomberg said.

"Whether there is a solution to the problem, I don't know," the former New York city mayor said. "There's no simple answer to these kinds of things."