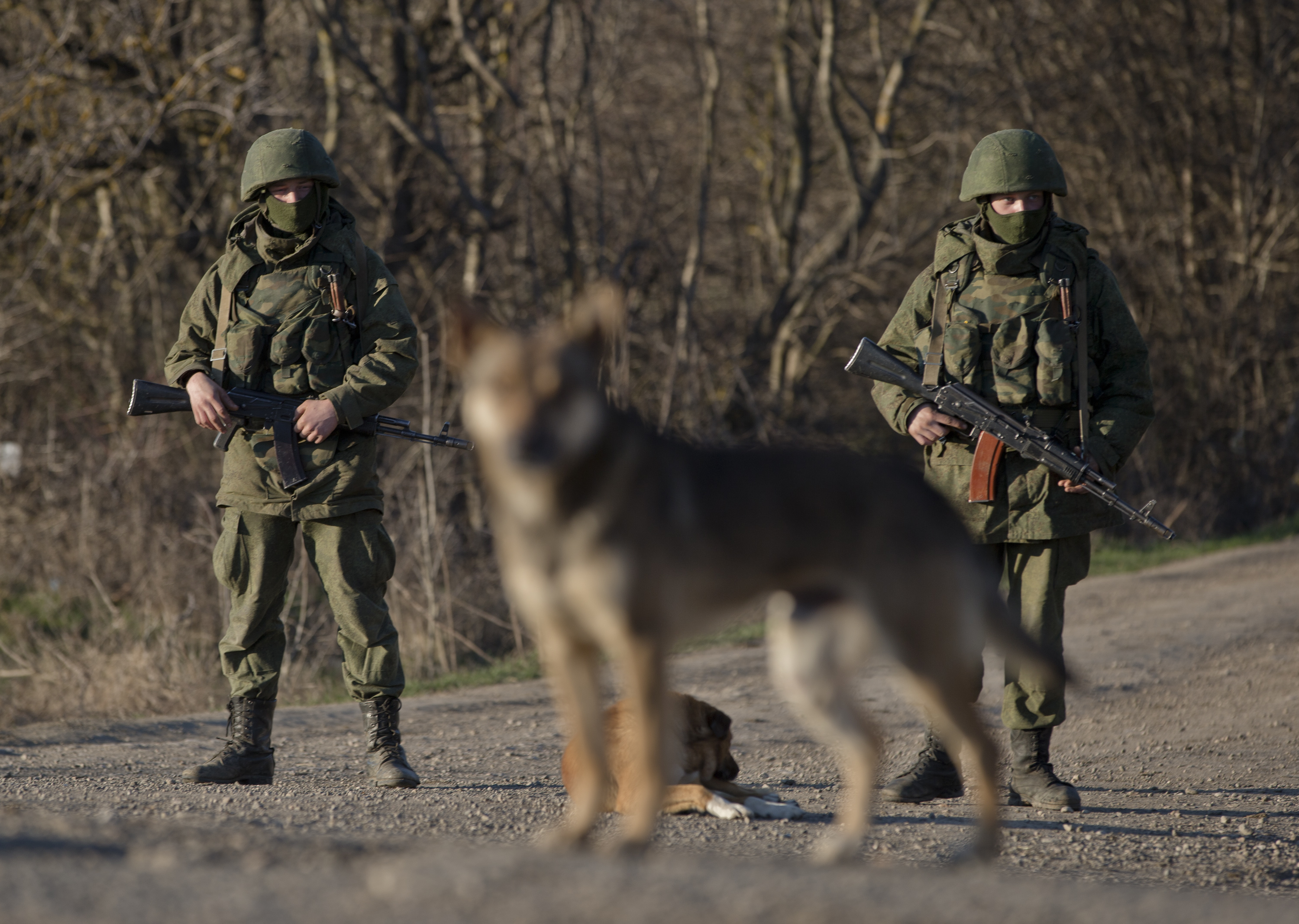 LONDON -- As U.S. Secretary of State John Kerry and his Russian counterpart met in London Friday in a last-ditch effort to find some common ground over the Russian invasion of Crimea, the Russian Foreign Ministry issued a warning suggesting Moscow was willing to expand its military actions in Ukraine into another region.

The Foreign Ministry released a statement, according to the Reuters news agency, saying Moscow "reserves the right to take people under its protection" in light of clashes between pro-Moscow and pro-Western demonstrators in the city of Donetsk on Thursday.

One person was killed Thursday evening as the clashes -- which have occurred almost daily in the majority-ethnic Russian region -- became violent for the first time.

"Russia is aware of its responsibility for the lives of compatriots and fellow citizens in Ukraine," said the statement obtained by Reuters.

Acting Ukrainian President Oleksandr Turchynov -- recognized by the U.S. and Europe, but not Russia, as the legitimate leader of the nation -- said Monday that Russian forces massed on the border with Ukraine were "ready to invade," but he believed Moscow's "aggression" could still be stopped.

Russian forces have secured control over Ukraine's Crimean Peninsula, to the south of Donetsk, and Russia's parliament has given President Vladimir Putin permission to use the military to protect ethnic Russians in Ukraine.

CBS News' Charlie D'Agata reports that, contrary to rampant Russian propaganda in the region suggesting the violence was being instigated by "fascist" backers of the new administration in Kiev, there has been violence from both sides.

"We are doing all we can to avoid war, whether in Crimea or in any other region of Ukraine," said Turchynov, adding that the country's forces were at full combat readiness.

"All of civilized humanity supports our country," said Turchynov. "All the leading countries of the world are on the side of Ukraine, and I am sure that this united effort in the international arena, bringing together all democratic countries, can still allow us to halt this aggression.

Those hopes were pinned Friday on a last-ditch diplomatic effort in London, where Secretary Kerry and Russian Foreign Minister Sergey Lavrov sat down together, again, to try and negotiate a path to reduce the tensions between the old Cold War foes in Ukraine.

Before the doors were closed on the meeting, Lavrov stood next to Kerry and admitted it was going to be a "difficult" morning of negotiations. "Many events have happened and a lot of time has been lost, so now we have to think what can be done."

President Obama has warned that if Russia refuses to reduce its military presence in eastern Ukraine, there will be "costs" for Moscow.

Secretary Kerry said earlier this week that if Russia tried to co-opt even more territory in Ukraine, it would trigger extremely punishing sanctions against Russia.

With little hope left of halting a Sunday vote to separate Crimea from the rest of the country, however, the West is poised to impose harsh sanctions on Russia for what U.S. officials described as Moscow's insistence in undermining the new upstart government in Kiev, and fueling tensions among those who oppose it.

On Sunday, Ukraine's pro-Russian Crimea region will vote whether to secede, and perhaps join Russia, in anger over new leaders in Kiev who seek to forge stronger economic ties with Europe.

A small group of Ukrainian protesters with posters reading "NATO Save Ukraine" awaited Kerry as he arrived at Downing Street for a meeting with Britain's Prime Minister David Cameron and Foreign Secretary William Hague ahead of his talks with Lavrov.

Cameron underlined the threat of sanctions when he sat down with Kerry, telling him that "we want to see progress as much as you do."

"We want to see Ukrainians and the Russians talking to each other. And if they don't then there are going to have to be consequences," he added.

Kerry thanked his British hosts for their strong position, saying that "we're all hoping that we don't get pushed into a place where we have to do all this. But we'll see what happens."

European and U.S. leaders have repeatedly urged Moscow to pull back its troops in Crimea, and stop encouraging local militias there that are hyping up the vote as a choice between re-joining generations of ties with Russia or return to echoes of fascism from Ukraine's dark World War II era, when some residents cooperated with the Nazi occupiers.

Western officials instead have asked Russia to start diplomatic talks with Kiev as a way of de-escalating the tensions.

But the Crimea vote seemed all but a done deal -- and experts said it would almost certainly result in breaking away from Ukraine.

Kerry told a Senate panel on Thursday that he planned to make clear how high the stakes are when he sees Lavrov in London. He suggested he would press Russia to accept "something short of a full annexation" of Crimea -- but did not elaborate on what that might entail.

"There will be a response of some kind of the referendum itself and, in addition, if there is no sign of any capacity to be able to move forward and resolve this issue, there will be a very serious series of steps on Monday in Europe and here," Kerry told senators.

"My hope is that they will come aware of the fact that the international community is really strong and united on this issue," he said.

The showdown has been cast as a struggle for the future of Ukraine, a country with the size and population similar to France, which is caught between its long-standing ties and traditions with Russia and more progressive and economic opportunities in the West. Twice in as many months, Russia has moved thousands of troops to its border with Ukraine that U.S. officials have described as an intimidation tactic cloaked as a military exercise.

It was not clear, however, whether Russia would heed the warnings, and Moscow has refused demands by the West to pull back troops from Crimea and respect Ukraine's territorial boundaries. Under a long-standing security agreement with Ukraine, Russia is allowed to deploy up to 25,000 troops to the Crimean Peninsula, and has a large navy there.

"There are limits on how much blunt force, in terms of sanctions and isolation, will move somebody who doesn't seem to have been particularly responsive to that throughout his career," said John Norris, a security expert at the liberal-leaning Center for American Progress think-tank in Washington. He was referring to Russian President Vladimir Putin.

Kerry and Lavrov have spoken almost daily as the Ukraine crisis has unfolded but have yet to find any common ground.