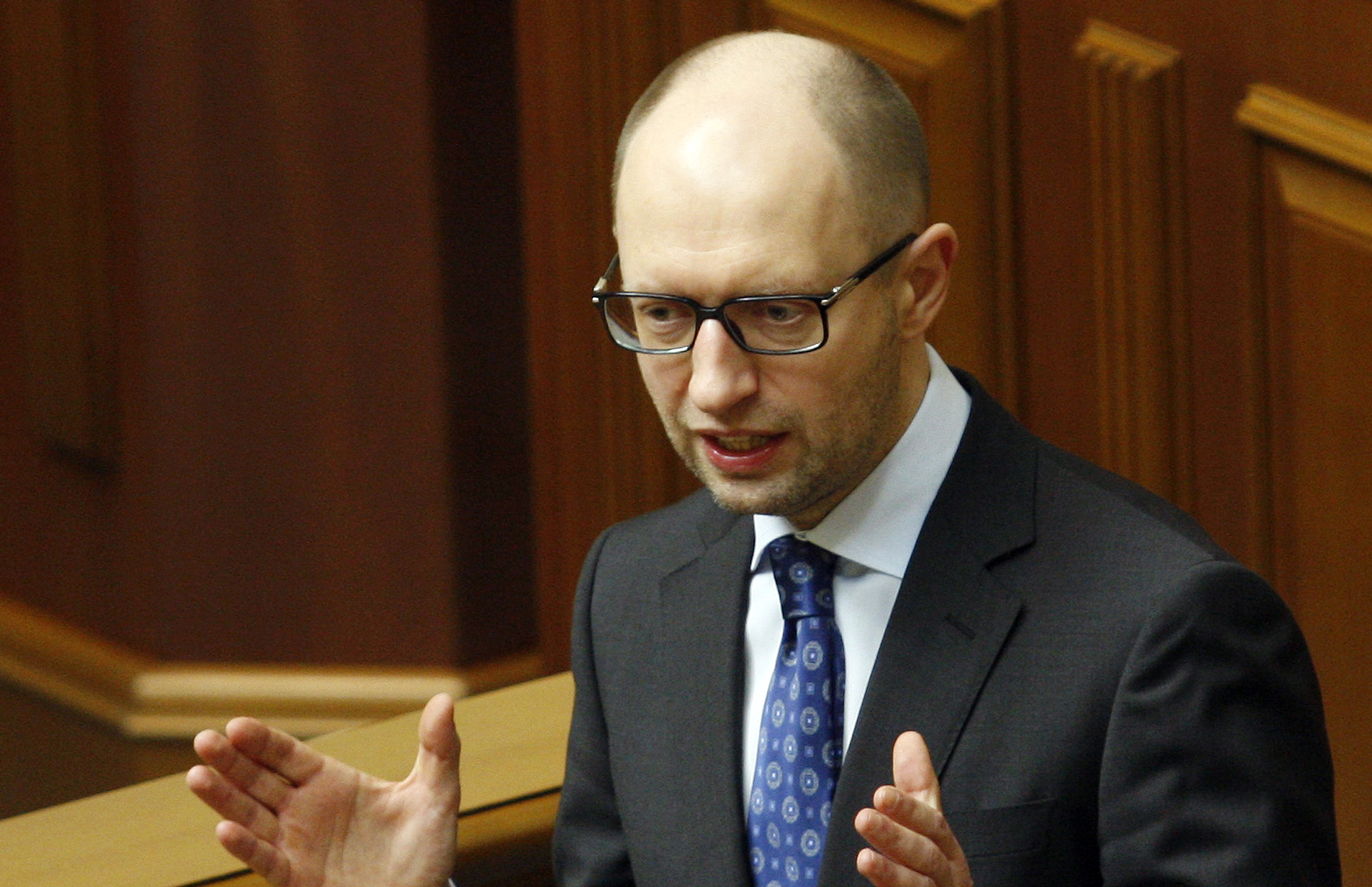 In a diplomatic dig at Russia, President Barack Obama is hosting the new Ukrainian prime minister at the White House, a high-profile gesture aimed at cementing the West's allegiance to Ukraine's fledgling government.

The meeting Wednesday between Obama and Prime Minister Arseniy Yatsenyuk comes as a pro-Russian area of Ukraine readies for a referendum Sunday to determine its future. Voters in the Crimean Peninsula will be given two options: becoming part of Russia, or remaining in Ukraine with broader powers.

The U.S. and Europe have declared the referendum illegitimate, saying Ukraine's central government must be involved in decisions about its territory. The dispute over the future of the former Soviet republic has conjured up echoes of the Cold War tensions between East and West.

White House spokesman Jay Carney said Yatsenyuk's visit was meant to signal "that we strongly support Ukraine, the Ukrainian people and the legitimacy of the new Ukrainian government."

Amid the symbolism of Yatsenyuk's visit to the U.S., the Ukrainian leader will also be seeking financial assistance from Washington. Yatsenyuk says his country needs the West's help to defend itself against neighboring Russia, a nation he said is "armed to the teeth."

Ukraine's parliament installed Yatsenyuk as head of the country's interim government after pro-Kremlin President Viktor Yanukovych fled the capital of Kiev following three months of popular protests. The uprising started when Yanukovych rejected a planned partnership agreement with the European Union in favor of historical ties with Moscow.

Days after Yanukovych left Kiev, Russia moved military forces into Crimea, defying warnings from the U.S. Russian President Vladimir Putin has so far brushed aside punishments levied by the West following the incursion, including visa bans, the threat of economic sanctions and a halt to planning for an international economic summit Russia is scheduled to host in June.

Russia does not recognize the new government, nor the elections planned in Ukraine in May.

A possible path for de-escalating the dispute emerged Tuesday, when Crimea's parliament said that if the public votes to become part of Russia, the peninsula will declare itself independent and propose becoming a Russian state. That could give Moscow the option of saying there is no need for Crimea to become part of Russia while keeping it firmly within its sphere of influence.

Yatsenyuk will be greeted at the White House Wednesday by all of the grandeur of a head of state visit, including an Oval Office meeting with Obama. The two leaders were expected to make brief comments to the media following their discussions.

Vice President Joe Biden, who has served as a primary administration contact with Ukraine's old and new governments, was cutting short a trip to Latin America to attend the meeting. Secretary of State John Kerry, who met with Yatsenyuk in Kiev last week, is expected to have a separate meeting with the prime minister, as will several lawmakers on Capitol Hill.

Kerry also announced at a congressional hearing Wednesday morning that he will travel to London on Friday to meet with Russian Foreign Minister Sergei Lavrov at Mr. Obama's request.

Obama and other administration officials are expected to reinforce their commitment to boost Ukraine's fragile new government. The U.S. has promised Ukraine $1 billion in loan guarantees, as well as technical support as it moves toward elections.

Obama has urged Congress to quickly approve the loan guarantee, which is supposed to supplement additional assistance from the International Monetary Fund. The Senate Foreign Relations Committee plans to vote Wednesday on a bill that both provides aid to Ukraine and hits Russia with sanctions.

"Putin has miscalculated by starting a game of Russian roulette with the international community, but we refuse to blink, and we will never accept this violation of international law," said Sen. Bob Menendez, D-N.J., the committee chairman, in an op-ed in the Washington Post published Wednesday.

A major sticking point had been a provision in the bill to enhance the lending capacity of the IMF. The Obama administration has pushed hard for acceptance of the IMF changes as part of the legislation authorizing the assistance.

Menendez said Tuesday IMF revisions would be included in the bill.

The IMF's 2010 revisions expand the power of emerging countries within the global lending body and make some of its funds more readily available. The United States is the only country on the IMF board that hasn't accepted the changes yet.

Sen. Lindsey Graham, R-S.C., said Tuesday he supported the IMF changes and viewed them as a "national security" concern. But several House Republicans have voiced opposition.

The House last week voted overwhelmingly in favor of the loans to Ukraine. The legislation didn't include Russia sanctions or any language on the IMF.

"This IMF money isn't necessary for dealing with this Ukraine crisis that you see today. I think what the Senate ought to do is ought to take up the house passed loan guarantee package and they could move it today," House Speaker John Boehner, R-Ohio, told reporters Wednesday morning.

The European Union has pledged $15 billion in assistance to Ukraine, though even that falls well short of the $35 billion in international rescue loans Kiev says it needs over the next two years.