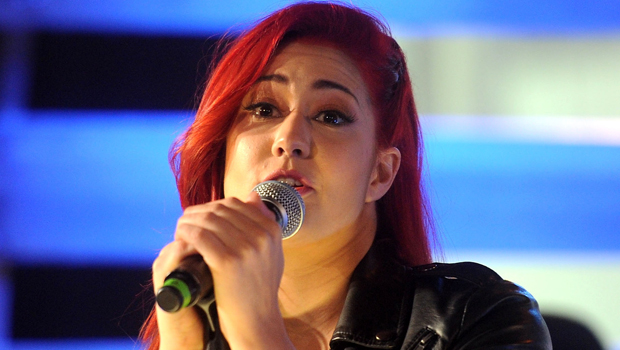 Uber said Saturday that it "deactivated" one of the ride-sharing service's drivers after singer-songwriter Nikki Williams reported him for allegedly trying to kiss her.

Williams tweeted early Saturday that the driver "tried to grab and kiss on me" in her driveway, but she "fought him off and ran inside."

Uber said in a statement that it's opened an investigation into the incident.

"Uber has zero tolerance for this behavior, and we apologize to Ms. Williams for this terrible experience," spokeswoman Kaitlin Durkosh said in a statement. "We immediately deactivated the driver and have begun an investigation."

Williams' representatives didn't respond to a request for comment.

The company recently promised to focus on rider safety amid increasing concerns that its drivers are not adequately screened for past criminal convictions.

In a blog post Wednesday, Uber's head of global safety defended the company's safety record but also wrote that "as we look to 2015, we will build new safety programs and intensify others."

The taxi alternative, valued at $40 billion, lets passengers summon cars through an app in more than 250 cities around the world. It faces multiples legal and regulatory challenges as it expands in the United States and abroad.

Last week, prosecutors in California, where Uber is based, filed a lawsuit alleging that the company exaggerates how comprehensive its driver background checks are. They do not, for example, require that drivers be fingerprinted - unlike drivers of regulated taxis in San Francisco and Los Angeles.

The Wednesday blog post did not mention the California lawsuit, though it did reference a case in India in which a driver was accused of raping a passenger.

The blog post came the same day that an Uber driver in Massachusetts was arraigned on charges including rape and kidnapping after being accused of sexually assaulting a woman who had summoned the ride-sharing service.

In the post, the recently hired head of global safety at Uber offered few details of upcoming changes. The initiatives will include the creation of teams that can rapidly respond to safety-related reports and new ways to screen would-be drivers.

"We are finding solutions in many places that range from polygraph exams that fill gaps in available data to adding our own processes on top of existing screening for commercial licenses," wrote company security chief Philip Cardenas. "We are exploring new ways to screen drivers globally, using scientific analysis and technology to find solutions."

Uber's opponents in the taxi cab industry, who worry that the increasingly popular app is siphoning away their business, were not impressed.

Calling Uber's proposals "a decoy to quell the intense criticism the company is generating worldwide," a spokesman for the Taxicab, Limousine & Paratransit Association challenged the company to "follow the rule of law tomorrow and truly begin moving toward safe operations."