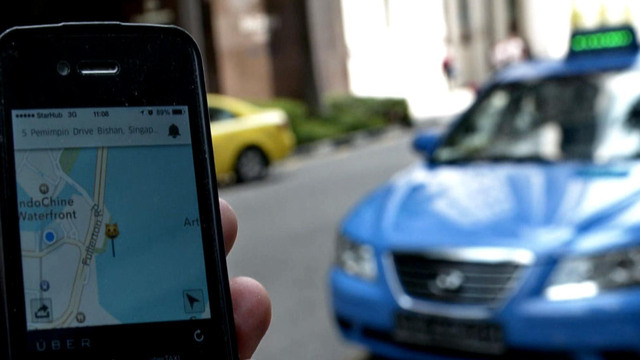 CAMBRIDGE, Mass. - A Massachusetts Uber driver is accused of sexually assaulting a woman who had summoned the ride-sharing service.

Authorities say 46-year-old Alejandro Done was arraigned Wednesday in Cambridge District Court. The Boston man pleaded not guilty to charges of rape, assault to rape, kidnapping and two counts of assault and battery.

Investigators say Done picked up the woman in Boston on Dec. 6. She had summoned Uber to take her to her Cambridge home.

Uber customers use a smartphone application to arrange and pay for rides with nearby drivers.

The driver allegedly told the woman that he would need a cash payment, so he took her to an ATM.

Authorities say he then drove her to a secluded location and sexually assaulted her.

Uber is cooperating with authorities. CBS Boston reports the company says Done passed a background check prior to becoming an independent contractor with the company.

He is scheduled to appear in court on December 24.

It is unclear whether this alleged attack is related to three others reported in Boston last weekend, all involving women who say they hired a ride-sharing service.

Last week, police in Chicago said they were investigating an Uber driver after a passenger accused him of sexually assaulting her during a ride in November. No charges have been filed in that case.