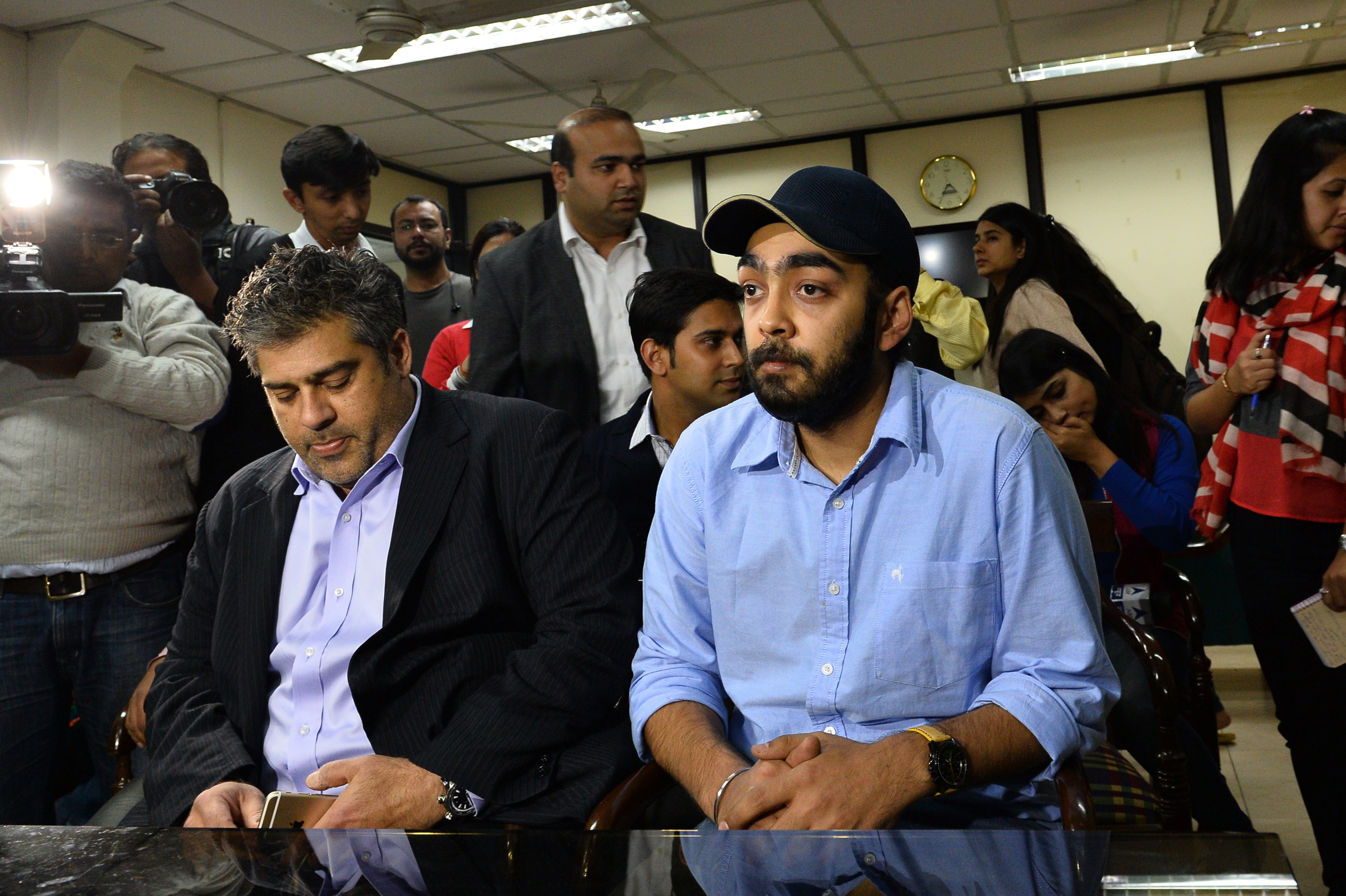 NEW DELHI -- Indian police questioned an Uber executive Tuesday about the company's claim it conducts comprehensive background checks and a top official called for the taxi-booking service to be banned nationwide after one of its New Delhi drivers was accused of rape.

New Delhi police official Brijendra Kumar Yadav said there is a possibility of criminal charges against the company if police find evidence the taxi-hailing app misrepresented the safety of its service.

The driver, 32-year-old Shiv Kumar Yadav, is being held by police and will appear again in a New Delhi court on Thursday. A 26-year-old woman who hired Yadav for a ride home from a dinner engagement Friday night accused him of rape.

"What we are doing is trying to ascertain what knowledge Uber had of this person," said the police official Yadav, who is unrelated to the suspect. Police had questioned Uber's general manager in India, Gagan Bhatia, for a second day about the company's operations. They were also investigating whether the driver may have presented false documents to Uber, according to Press Trust of India.

The case, almost two years after a young woman was fatally gang raped on a bus in the capital, has renewed national anger over sexual violence in India and demands for more effort to ensure women's safety. It is also a blow for Uber, which has attracted praise and controversy around the world with a service based on hailing taxis from a smartphone app.

India's home minister called for all Indian states and territories to ban Uber following a ban on the service in New Delhi on Monday.

Uber has faced restrictions in other countries after licensed taxi operators claimed the service was competing unfairly. Uber's drivers are independent contractors using private cars rather than licensed cabs. Separately, Thailand on Tuesday said it was illegal for private cars to be used as taxis and threatened fines of $60 for each violation.

Police said the chief suspicion against Uber comes from a statement on its web site saying "every ridesharing and livery driver is thoroughly screened through a rigorous process we've developed using constantly improving standards."

Yadav said this could not be the case because Uber's drivers did not have the special badges that police issue to taxi drivers proving they have cleared background checks. He said Uber and other services that operate online platforms linking drivers with customers are registered in India as technology businesses rather than transport companies.

"We need to find out if they have any formulated procedures to honor the promise" of a safe service, he said. "In this case, the victim was going home quite late at night. People don't take any extra safety precautions because they rely on the promise that is made to them."

The police official acknowledged, however, the possibility that a background check might not have uncovered anything problematic.

Police are still trying to verify the suspect's claims that he had been acquitted of rape charges in 2011, after spending seven months in jail. If acquitted, it would not be on his record.

Uber said in a statement it only uses registered for-hire drivers who have a valid license. It did not address the subject of police-issued badges.

India's Transportation Minister criticized the New Delhi ban on Uber, suggesting it was an unfair response to the tragedy and that some of the blame lies with the Indian system.

"Tomorrow, if something happens on a bus we can't ban that. It is the system that needs to be changed. Banning will only cause inconvenience to the people," Nitin Gadkari told reporters.

He called for a digitized system to track driver licenses and allow everyone's record to be viewed.

Uber, which had launched in 10 Indian cities including New Delhi and the financial capital Mumbai, is valued at about $40 billion after a recent investment by venture capitalists. The company, which takes a cut of fares, promises a quicker response time that is often less than 10 minutes. Drivers respond using their own Uber-provided smartphones mounted on the dashboard and follow a GPS map to an exact location.