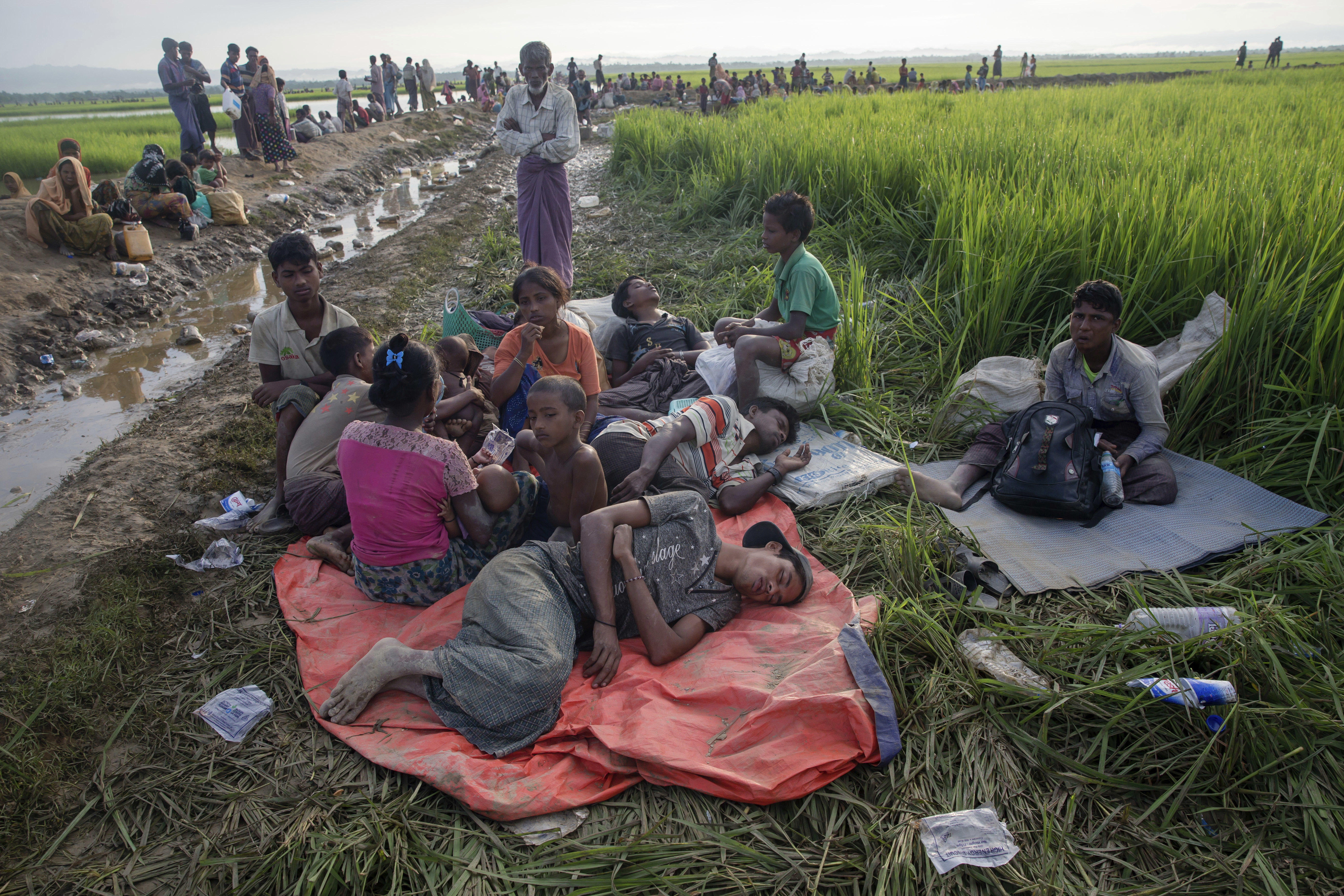 The United States declared the ongoing violence against Rohingya Muslims in Myanmar to be "ethnic cleansing" on Wednesday, putting more pressure on the country's military to halt a brutal crackdown that has sent more than 600,000 refugees flooding over the border to Bangladesh.

Secretary of State Rex Tillerson blamed Myanmar's security forces and "local vigilantes" for what he called "intolerable suffering" by the Rohingya. Although the military has blamed Rohingya insurgents for setting off the crisis, Tillerson said that "no provocation can justify the horrendous atrocities that have ensued."

"After a careful and thorough analysis of available facts, it is clear that the situation in northern Rakhine state constitutes ethnic cleansing against the Rohingya," Tillerson said in a statement.

Those who perpetrated the atrocities "must be held accountable," Tillerson said. He added that the U.S. wanted a full investigation and would seek justice "through U.S. law, including possible targeted sanctions."

The declaration followed a lengthy review process by the Trump administration to determine whether the violence met the threshold to be considered ethnic cleansing. The United Nations came to that conclusion in September, but the U.S. had held off, with Tillerson saying he needed more information even as he expressed deep concern about the crisis.

Rohingya from Myanmar's Rakhine state have been fleeing to neighboring Bangladesh, seeking refuge from what Myanmar's military has called "clearance operations." The crisis started in August, when Rohingya insurgents attacked Myanmar security forces, leading to a brutal crackdown in which soldiers and Buddhist mobs have killed men, raped woman and burned homes and property to force the Rohingya to leave.

Last week, Tillerson traveled to Myanmar — also known as Burma — in the highest level visit by a U.S. official since President Donald Trump took office. U.S. officials dangled the possibility of an "ethnic cleansing" designation ahead of Tillerson's trip, potentially giving him more leverage as he met with Burmese officials. In the capital of Naypitaw, Tillerson met with the country's civilian leader, Aung San Suu Kyi, well as the Myanmar's powerful military chief, Min Aung Hlaing, who is in charge of operations in Rakhine state, home to Myanmar's Rohingya population.

Although the "ethnic cleansing" label doesn't carry specific legal requirements for the U.S., it is likely to intensify calls for the Trump administration and Congress to move toward new sanctions on Myanmar. Sanctions on the Southeast Asian nation were eased under former President Barack Obama as the country made steps toward transitioning to democracy.

Pressure from Congress to take punitive steps against Myanmar has been mounting. Earlier this month, the House passed a non-binding resolution condemning "murderous ethnic cleansing and atrocities against civilians." It called on Trump to impose sanctions on those responsible for human rights abuses, including members of Myanmar's military and security services.

According to a report by the United States Holocaust Memorial Museum released last week, the organization found "mounting evidence" that pointed to a genocide against Rohingya Muslims in Myanmar, and it said that Burmese Army soldiers, police and civilians are responsible for the atrocities after a year of investigations.

The report, published in conjunction with the non-profit organization Fortify Rights, says close to 1 million Rohingya have been forced to flee their homes.

"The Rohingya have suffered attacks and systematic violations for decades, and the international community must not fail them now when their very existence in Myanmar is threatened" said Cameron Hudson, Director of the Simon-Skjodt Center for the Prevention of Genocide at the U.S. Holocaust Memorial Museum. "Without urgent action, there's a high risk of more mass atrocities."

The report, titled, "They Tried to Kill Us All": Atrocity Crimes against Rohingya Muslims in Rakhine State, is based on more than 200 in-depth, in-person interviews. Fortify Rights, which investigates human rights violations in Southeast Asia, spoke with survivors and international aid workers along the Myanmar-Bangladesh border.

Tillerson, during his visit to Myanmar, said the U.S. would consider targeted sanctions against individuals deemed responsible for the violence, but that he wasn't advocating "broad-based economic sanctions" against the entire nation.

U.S. officials have been concerned that pushing Myanmar's leaders too hard on the Rohingya violence could undermine the country's civilian government, led for the last 18 months by Suu Kyi. That could slow or reverse the country's delicate transition away from decades of harsh military rule, and also risks pushing Myanmar away from the U.S. and closer to China.

The State Department has also examined whether the violence in Rakhine meets the definitions for "crimes against humanity" or "genocide," but have thus far made no such determinations.

According to the United Nations Office on Genocide Prevention, "ethnic cleansing" isn't recognized as an independent crime under international law, unlike crimes against humanity and genocide. It surfaced in the context of the 1990s conflict in the former Yugoslavia, when a U.N. commission defined it as "rendering an area ethnically homogeneous by using force or intimidation to remove persons of given groups from the area."

Human rights groups accuse the military of a scorched-earth campaign against the Rohinyga, who numbered roughly 1 million in Myanmar before the latest exodus. The Buddhist majority in Myanmar believes they migrated illegally from Bangladesh, but many Rohingya families have lived for generations in Myanmar. In 1982, they were stripped of their citizenship.

Already, the United States has curtailed its ties to Myanmar's military over the violence. Earlier this year the U.S. restored restrictions on granting visas to members of Myanmar's military, and the State Department has deemed units and officers involved in operations in Rakhine state illegible for U.S. assistance.