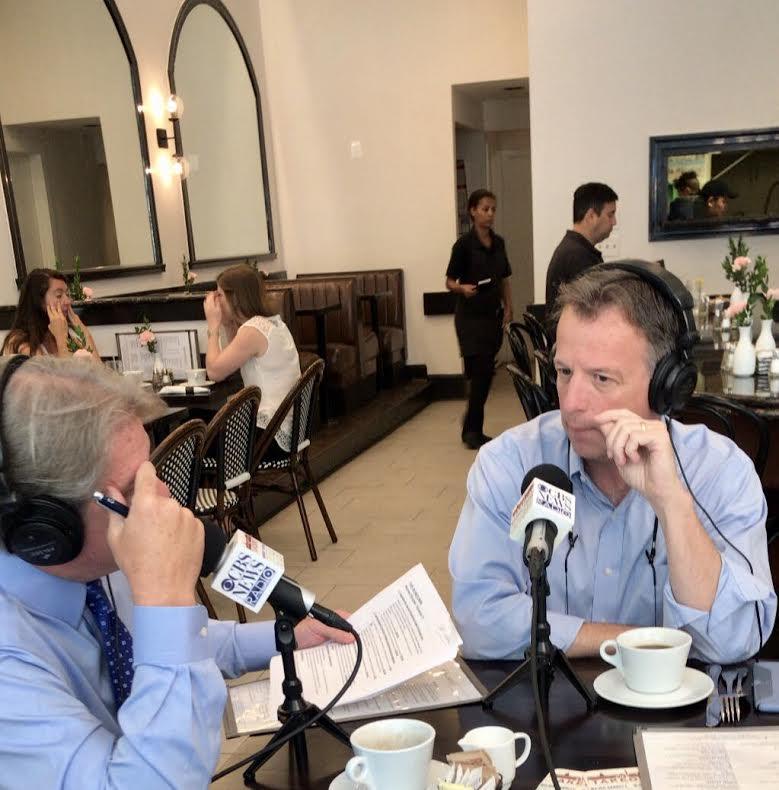 "It means when you are so stunned and aghast that you are at a loss for words," Strobel said. "I think that's sort of about where I am, and where our allies are."

Diplomats across the globe were taken aback at the president's press conference with Putin on Monday in which Mr. Trump said, "I don't see any reason why it would be Russia" in reference to Russian meddling in the 2016 U.S. presidential election.

Mr. Trump has since reversed on that position, now saying that he misspoke and instead meant to say he "wouldn't" deny Russia's interference in the election.

Strobel says there is growing concern from officials in the intelligence and military communities across the globe.

"I think Trump sent messages that really leave a lot of doubt about, certainly, his commitment to NATO and to the alliance," Strobel said.

President Trump tweeted Wednesday morning that, "So many people at the higher ends of intelligence loved my press conference performance in Helsinki."

But Strobel, instead, has found a combination of "chaos" and low morale in the intelligence community.

"Trump could end this in one or two sentences. Just say, 'I accept what the intelligence community and everyone else has said happened, and this can't stand, and let's move on.' But he can't seem to do that," Strobel said. "And I'm speaking here not for Reuters, but for myself, I think it is because he sees that as a challenge to his legitimacy and the legitimacy of his election."