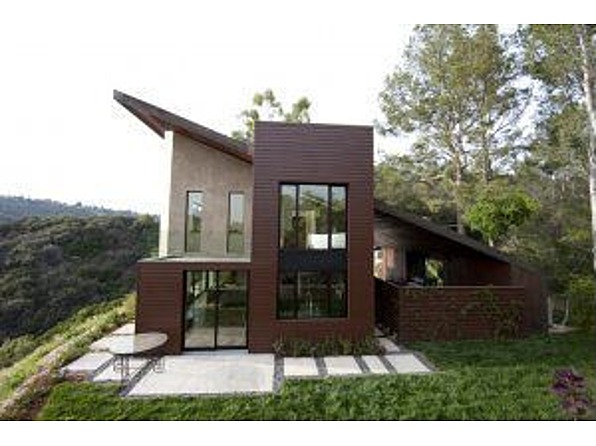 Kristen Stewart and Robert Pattinson gained worldwide fame as Bella and Edward in the unbelievably popular "Twilight" series. Their on-screen love soon turned into the real thing and the private duo, known to fans as "Robsten," settled down together in a stunning Bel Air mansion earlier this year.

According to Zillow's real estate blog, the home features five bedrooms, five baths and sweeping views of the Stone Canyon Reservoir, in addition to a gourmet kitchen and private spa. It's located at the end of a gated dead-end drive and offers plenty of privacy but is conveniently located within minutes of the Sunset Strip and the rest of Beverly Hills. And for just under $6 million, it could all be yours.

With "The Twilight Saga: Breaking Dawn - Part 1" a hit in theaters, the young couple has the world at their fingertips. According to the Daily Mail, Pattinson, a London native, much prefers the quiet life of West London to the craziness of Los Angeles. The desire for more privacy may be one of the reasons for Robsten's move; the couple is notoriously private and it's no doubt the success of the "Twilight" series makes privacy in L.A. nearly impossible.

It may be more than just privacy that's forcing the couple to relocate: Scotland's STV reports the couple found a home in London and are shacking up there while Stewart films scenes for her upcoming film, "Snow White and the Huntsman." The duo may not be there long-term, but the London pad is assuredly better than the Vancouver home constructed for "Breaking Dawn" -- at the very least, it has furniture. The London home is also rumored to have a rooftop terrace, perfect for romantic evenings with views of the city as a backdrop.

It's unclear if the couple will choose London or L.A. as their permanent home, but with the success of the "Twilight" series, they may not have to decide between the two at all. "Breaking Dawn" has grossed more than $247 million since it opened on Nov. 18, and the stars had a combined salary of $40 million in 2010, according to Forbes. With all that cash, the duo can certainly afford homes in both the U.S. and overseas.