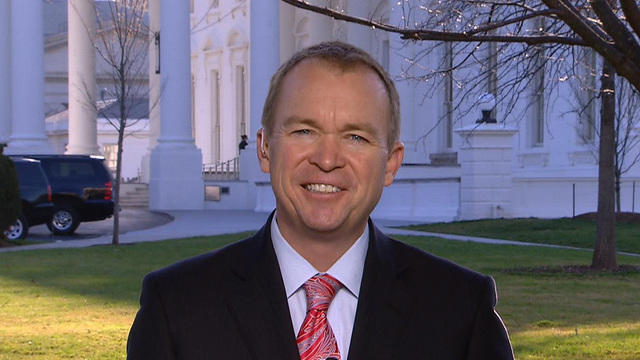 Office of Management and Budget Director Mick Mulvaney said Tuesday that President Trump’s budget would not only include increases in defense spending but also funding boosts to border security and immigration enforcement.

In an interview on “CBS This Morning,” the former Republican congressman from South Carolina said that the administration is simply turning Mr. Trump’s policies into numbers.

Asked about domestic programs, which fall into the non-defense discretionary part of the federal budget, Mulvaney said, “Some of them will actually be increased. For example, the president spoke regularly about spending more money on taking care of veterans, more money on immigration enforcement. You’ll see increases there and decreases in other areas. Why? Because at the same time, the president wanted to not impact the deficit negatively. He doesn’t want to add to next year’s deficit which is already going to be almost $500 billion.”

Mulvaney, however, would not say what programs the administration wants to cut funding from, which he said will be part of the negotiations over the next two weeks, ahead of the budget blueprint release on March 16.

The increases in spending for immigration and veterans though don’t align with what an OMB official told reporters on Monday. The official said that the budget proposal would increase defense spending by $54 billion above the limit and offset that amount entirely by cuts to domestic programs. The Departments of Homeland Security and Veterans Affairs are not considered part of the discretionary defense spending category and is instead considered non-defense.

This comes as Mr. Trump prepares to address a joint session of Congress on Tuesday night.