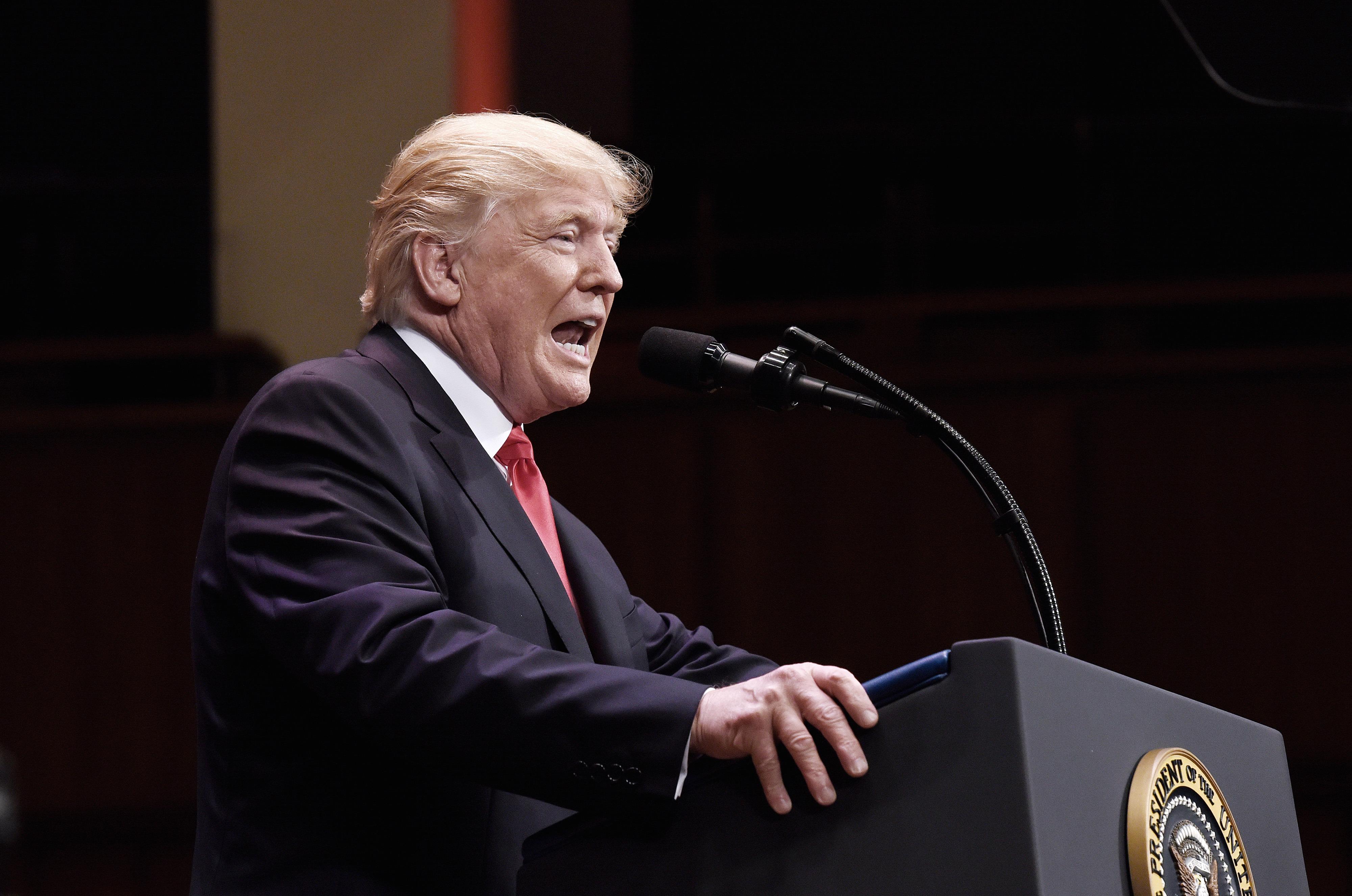 New data shows that as President Trump continues to lash out online against the media -- the organizations he frequently dubs as "dishonest" -- that it's in fact helping him reach his Twitter followers even more as outlets give major boosts of engagement to his online rants.

SocialFlow, which is an online publishing optimization platform, compiled data from more than 300 major media companies by charting total reach (the number of people who read a media story published on an outlet's given site that includes Facebook) -- based on Mr. Trump's insult-focused tweets.

The data reveals that after firing off an angry message, Mr. Trump's tweets saw a huge boost in readership, or engagement, after many of the outlets he refers to as "fake news" or "MSM" (mainstream media) covered his comments in their day's reporting on social media.

One of the best examples of this is a series of tweets Mr. Trump sent Thursday slamming MSNBC's "Morning Joe" co-hosts Mika Brzezinski and Joe Scarborough.

SocialFlow found that of all of Mr. Trump's tweets that had a specific target, his tweets focusing on Brzezinski garnered the largest overall user reach, of over 40 million social media users. In Mr. Trump's tweets against Brzezinski, he referred to her as "crazy" and "dumb as a rock," and said she was "bleeding badly" months ago "from a face-lift."

Some of Mr. Trump's other most popular targeted tweets in terms of overall reach, according to findings by SocialFlow, included his attacks against journalist David Cay Johnston in his reporting on Mr. Trump's tax returns, rapper Snoop Dogg promoting violence against the president and London Mayor Sadiq Khan over his comments in the wake of the Manchester attacks.

The Brzezinski tweets attracted more engagement from users as the tweets were featured in numerous reports across many networks. Engagements, according to SocialFlow, are defined as the total number of clicks, likes, comments and shares.

SocialFlow CEO Jim Anderson told CBS News that the overall attention Mr. Trump's tweets get from the media was a surprising finding from the data, adding that Mr. Trump's business-savvy personality shows well in his Twitter approach.

"The combination of his show business mindset and the fact that he's president of the United States has created an unprecedented situation, and it's not clear that anyone knows quite how to deal with it," Anderson said.

"The way President Trump behaves on Twitter suggests that he very much wants the media attention. He says that the Tweets are intended to bypass the 'fraudulent media' and speak directly to his base," Anderson added. "But even with 33 million Twitter followers, our data shows that the media coverage of what he says generates attention that is tens of thousands of times greater than the reach he gets from Twitter himself."

While the numbers show a strong correlation between tweet coverage and amplification, and as many journalists question their role in covering the Trump presidency amid a barrage of violent rhetoric and an increasingly inaccessible press briefing room, Anderson says then-Candidate Trump showed an ability to dominate the news cycles by tweeting provocative statements, and is now using the very same playbook as President Trump.

"We know that insults to the media play incredibly well to his base, and it's hard to imagine a scenario where the media can not cover things said by the President of the United States. Add to that the fact that that the whole spectacle creates ratings and readership that are off the charts, and we have a relentless feeding frenzy," said Anderson.

Case in point: Mr. Trump's early Sunday morning tweets against CNN, a frequent foe, in which he tweeted a video showing his WWE Wrestlemania cameo appearance, but edited to show a body slam of a person with a CNN logo in place of their head.

"The tweet with the WWE clip and the CNN logo this morning is just the latest incarnation of the phenomenon. And this Tweet is designed to create faux drama much like the staged 'fight' it depicts," Anderson said.

"In this type of show business, irrelevance is the worst sin. We're just not used to thinking of the president using the same tactics as those of the WWE," Anderson added. "Also, if you think about it, the WWE is generally considered 'fake wrestling.' President Trump is using a fake wrestling video to illustrate his supposed battle with the media, which suggests that he thinks of his tweets as 'Modern Presidential' show business."

SocialFlow found that by running the same algorithms mentioned previously, the tweet even out-performed the Mika Brzezinski tweets in regards to overall reach, but slide behind in overall user engagement.

"(The tweet) is another good example of how President's Trump's messages can have wildly different meanings to different groups, Anderson said. "To some it's a tongue-in-cheek message that has Trump and CNN involved in a faux fight. To others it's the president advocating violence against journalists."

The Reporter's Committee for Freedom of the Press (RCFP) released a statement following the president's latest tweets, condemning Mr. Trump's threats of violence against journalists.

"This tweet is beneath the office of the presidency. Sadly, it is not beneath this president," said Bruce Brown, executive director of the RCFP.

When asked if the new findings and subsequent Twitter tit-for-tat with the news media reveal that the administration and the media world need to establish a peaceful relationship in order to move on, Anderson said, "I wouldn't say that President Trump and the media actually need each other to survive -- we've had 44 presidents prior to President Trump, and they have managed to co-exist without this level of conflict."